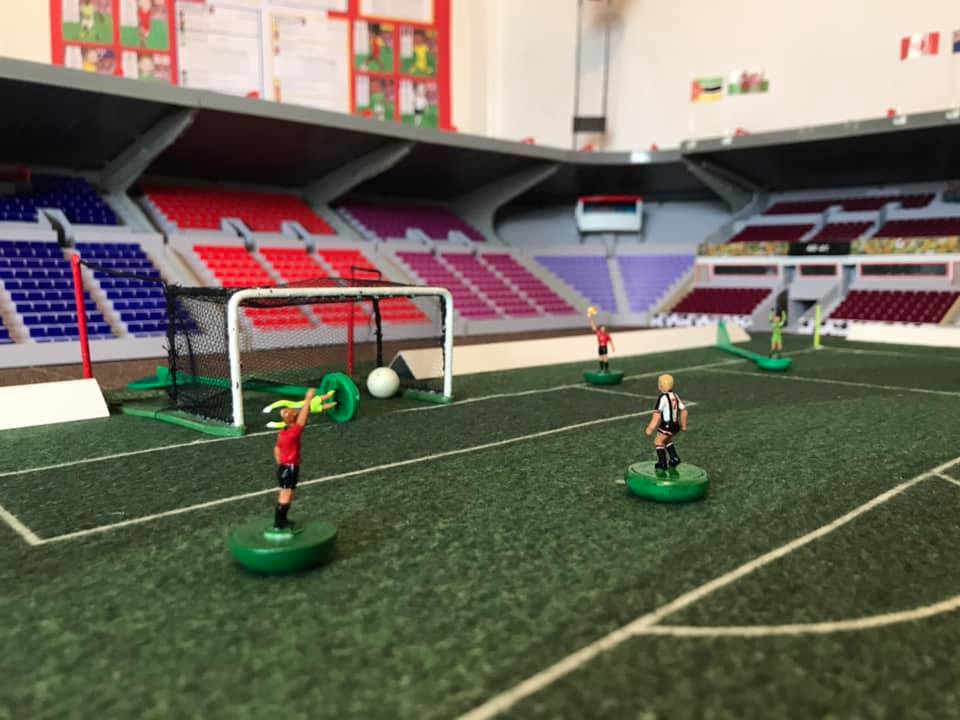 There are many examples of beautiful football stadiums with weird and wonderful coloured seats.

While the bigger clubs tend to use a standard seat colour and a secondary colour to write a message in the stands – think Barcelona’s Mes Que Un Club – others go for something a bit more eye-catching.

The Amsterdam Arena’s chevrons are instantly recognisable, while lower league English fans will know about Southend’s Roots Hall and the colourful blocks on the East Stand.

Subbuteo fans are always coming up with interesting ideas for a stadiums but they can struggle with the traditional beige, white or red and blue grandstands on offer with the game.

It is not the only option for those who want a bit more colour in their stadium however, as Scott’s beautiful multi-colour stadium shows.

After sharing his stadium on a popular Subbuteo Facebook Group Scott kindly gave us permission to showcase his unique stadium.

The stadium uses plenty of custom stands and even a nice little clock embedded within some of the advertising hoardings – but it is the colourful individual seats that really catch the eye.

The individual seats are 3D printed by Subbuteo fans such as SubbuteoStadium.com and really add a realistic feel to a Subbuteo stadium, although they do not come cheap. A full stadium of them is a huge project and really elevate a stadium to another level for those who love the modelling aspect of the game.

The stadium, named Calvery Park Arena, is used for Scott’s solo Subbuteo games and you can see plenty of updates for that on the Facebook page.