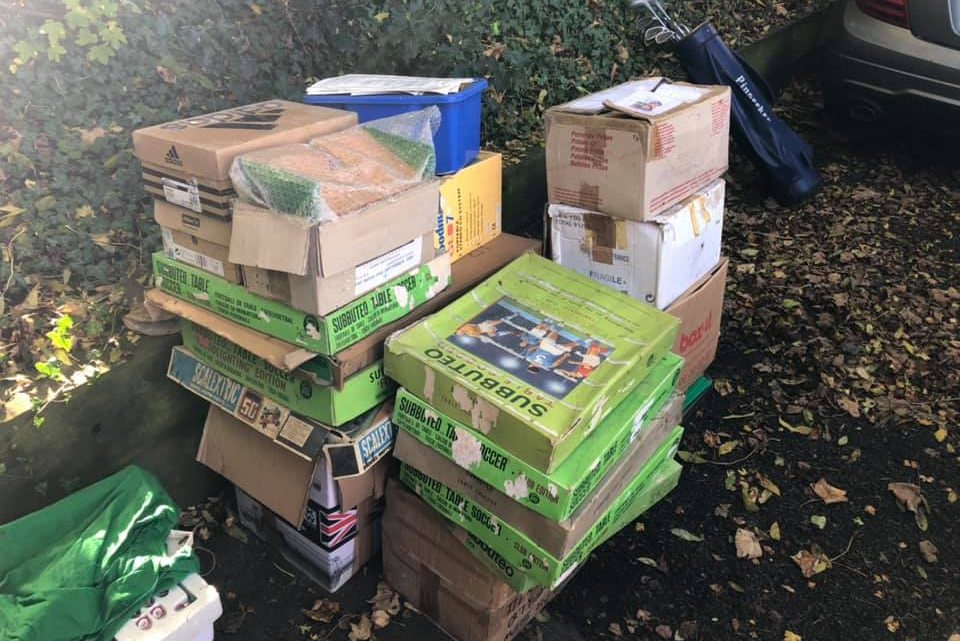 A Subbuteo collector is selling off box sets and teams after clearing out his shed.

Scott Pritchard is selling a large collection of Subbuteo including teams, box sets and grandstands after they have been in storage for over 20 years.

He took to Subbuteo Facebook groups to list the items and they have garnered strong interest from the Subbuteo community.

He described the collection as: ” I’ve got to sort through all this old Subbuteo collection that’s been stuck in the shed. Loads of stadium sections terracing teams and bits and bobs. “

The items include a huge range of club edition box sets including a Holland edition, a Subbuteo box set and several modern and older Subbuteo stands.

He told Subbuteo.Online the sets are all his having collected them over the course of 20 years but have since spent time in the shed, where some of the boxes and items have suffered some water damage.

Nevertheless, he is keen to sell and is revealing the items in dramatic fashion on a Facebook thread, with a number of buyers already expressing interest over some of the rarer items.

With water damage some of the boxes look like they will need to be replaced but it could mean a bargain price for a savvy collector.

If you are interested in seeing the items head to the Facebook group to find out more.

As ever with buying over eBay always be sure the seller is genuine and where possible meet in person to ensure you are not being scammed.

A Subbuteo stadium with a working train track