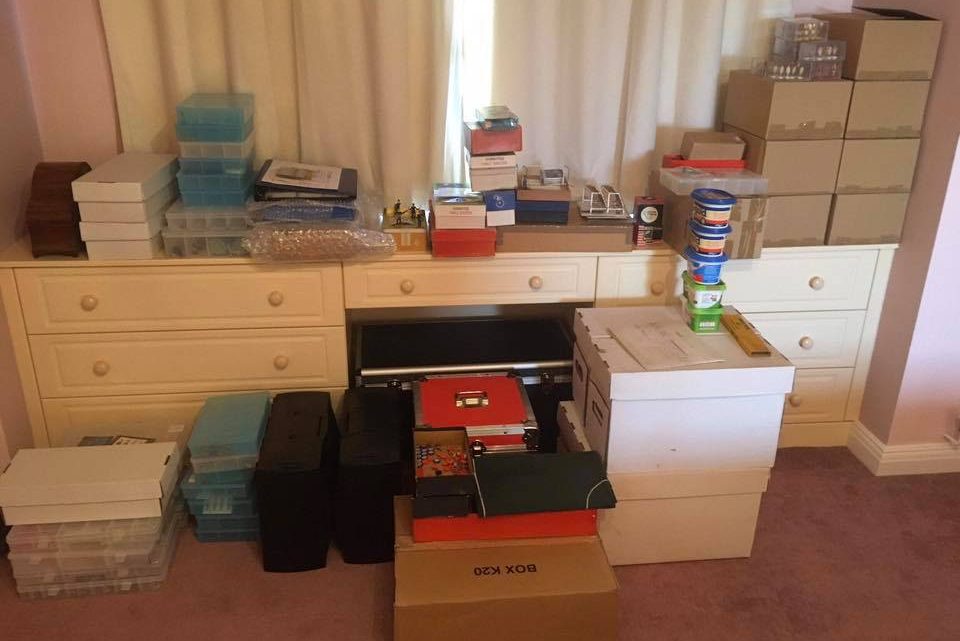 It may be one of the biggest, rarest and most expensive Subbuteo collections ever – and now it is about to be sold to the highest bidder.

The collection of one of the Subbuteo community’s most dedicated historians and collectors is about to go up for sale after family members revealed the extent of the rare items.

Mike Hyatt, an expert in early Subbuteo celluloid figures and a popular member of the Subbuteo community for many years, sadly passed away last year. Now a member of his family has posted to a Subbuteo Facebook group to reveal the astonishing extent of his collection.

He documented a huge number of early celluloid figures on his now defunct website Subbuteo Archive and contributed to Peter Upton’s Subbuteo pages – which are widely regarded as the best online index of Subbuteo teams an items.

It looks like his collection is a true one-of-a-kind and could fetch an astonishing price given the rarity of the teams it includes.

The seller says: “Our family have just inherited a very large collection on vintage Subbuteo around 1960s complete teams with bases, complete teams still on strip, celluloids and card, pitches, goal posts,playing cards etc… we haven’t been through them all because there is literally thousands with all booklets,adverts and assorts. Our family don’t plan on keeping these as we don’t have the space knowledge or love for this.”

The original picture shows several large boxes and a couple of rare items including the Subbuteo Beatles set – one of the rarest sets ever made.

In new posts, the seller has revealed incredible binders full of old Subbuteo cards, original goal nets and other items that could be some of the rarest Subbuteo memorabilia to ever go up for sale.

Mike’s family plan to first upload pictures of the collection to an Instagram account to archive it – and Subbuteo.Online will also keep a record of the historical items once they are revealed.

They will then sell the collection. But there is one more twist in the story. Mike was one of the foremost historians for early Subbuteo and he left a manuscript for a new book that could reveal more about the table top game.

The seller says: “The book is about his collection with photos and the biography of the game and creator, it was attempted to be released in 2008 but got denied because the games creators autobiography came out. We still have the drafts so hoping to publish Ito his memory.”