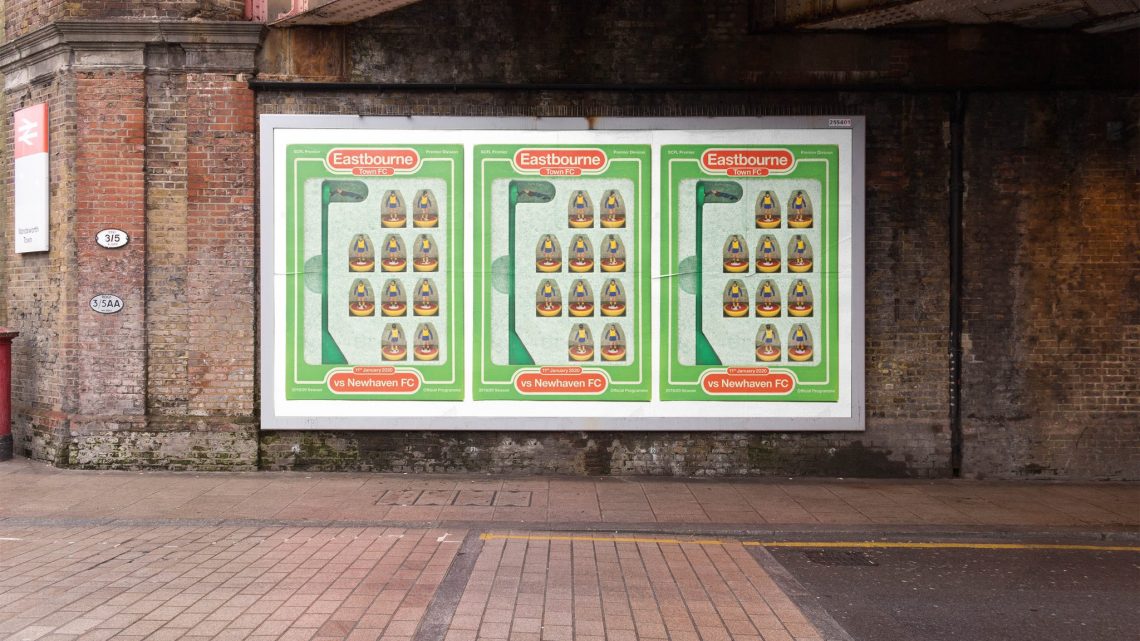 Subbuteo is a retro icon and we often see the game being used as a design on everything from podcast publicity to posters.

However, one football team has created one of the best-looking match day programmes of all time with a Subbuteo-themed from page that has wowed fans online.

Eastbourne Town FC, who are currently sitting third in the table in the Southern Combination Premier League (the ninth tier of English football) have designed a stunning programme for the visit of Newhaven on Saturday 11 January.

The page looks just like the famous Subbuteo team box and has quickly garnered a lot of praise online after it was posted on Twitter.

The club has also shared an image of a billboard featuring the programme and it looks absolutely fantastic.

For the record, Eastbourne Town’s colours are based on the colours of the county and do match an existing Subbuteo set – reference number 026.