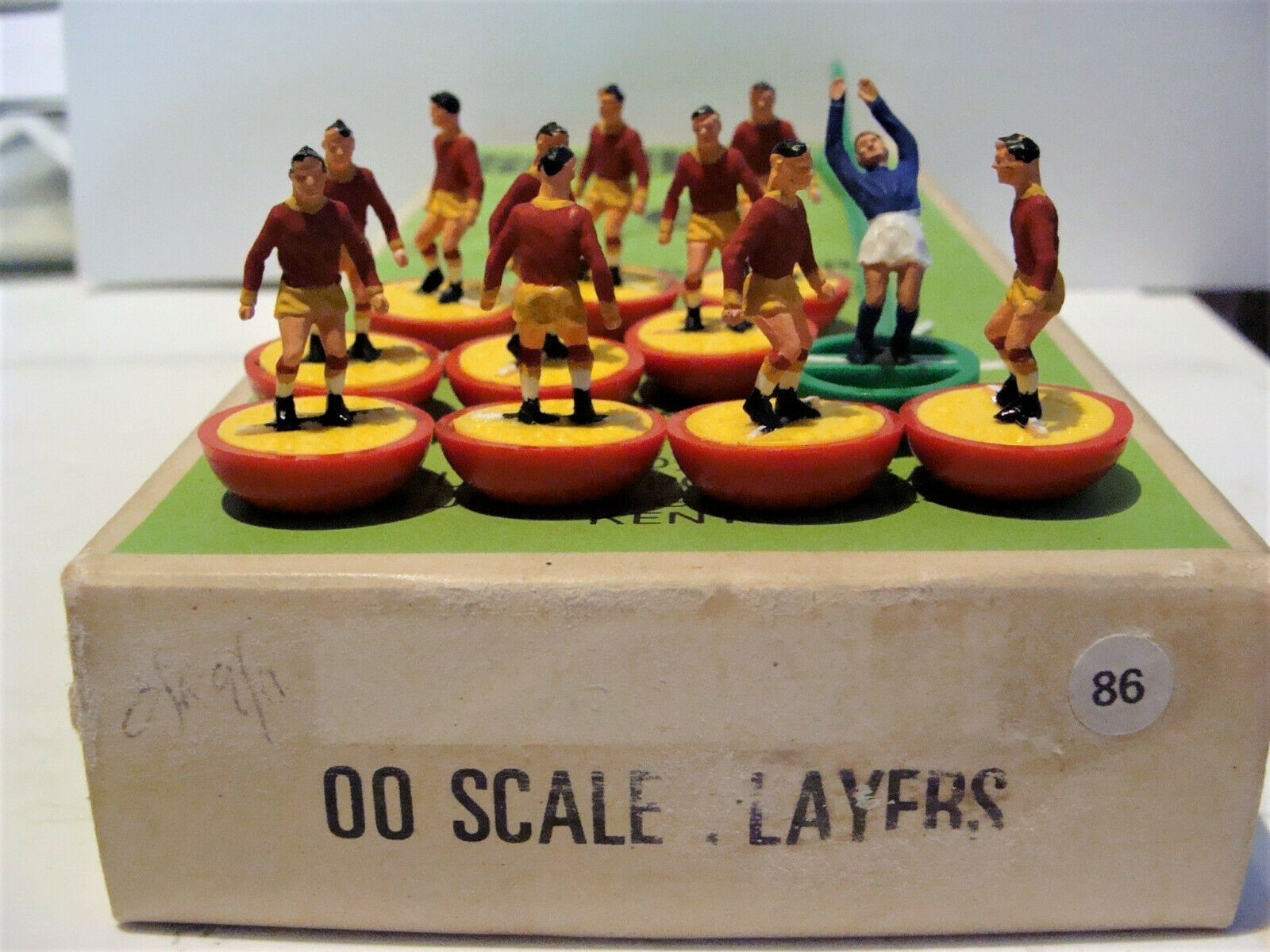 We have been bothering European football clubs with questions of Subbuteo once more.

Dutch football is – potentially – the best place in the world for Subbuteo teams. The teams have some iconic kits and even the clubs’ names are exotic and unusual.

Which brings us to the wonderful Go Ahead Eagles. The club probably has the best name in European football and a beautiful kit to match. It is this combination that makes Go Ahead Eagles a nostalgic name for football fans and collectors or kits, badges and of course Subbuteo.

Subbuteo reference numbers from 81 to about 90 are made up of Dutch teams and Go Ahead make the grade alongside some famous names with stunning kits. You will find Ajax, Feyenoord and Utrecht in the list but also the likes of Den Haag and the green and yellow shirt and NEC’s minimalist white and green.

Number 86 is Go Ahead Eagles. It was perfect timing in the mid-1960s as Go Ahead qualified for Europe for the only time. They were beaten by Celtic but it was enough to get the club’s name known.

It is now one of the rarer and more beloved Subbuteo teams and the most recent one up on eBay sold for a massive £90.

But does the club know about Subbuteo? We had to ask.

Club head of media Wouter Rutgers says: “Of course we know about Subbuteo! Nostalgia is one of the main parts of Go Ahead Eagles and Subbuteo is nostalgia!”

“We have heard about it in the past, that we have our own team. It’s like a honour, especially if you tell us now it is so wanted by collectors. That fact fits in our club’s character: we are not the biggest club, but we are quite unique in a lot of ways. We can add our Subbuteo team now as one of the unique parts of the club.”

We wanted to know a little bit more about the club and the unique aspects Wouter mentioned. He put us in touch with club historian Niet de Kraken to find out a little more. He told us the club is about to embark on 100 years at the same stadium in the centre of the city.

He also told us about that unique shirt.

He says: “The Subbuteo’s team name is Go Ahead, not Go Ahead Eagles. ‘Eagles’ was added in 1971. Till that year the club was built in two parts: the amateur part and the pro part. In 1971 both parts split. To make sure everyone knew the difference, the pro part continued as Go Ahead Eagles (the Eagles addition was figured out by our Welsh coach of that time: Barry Hughes), and the amateur part as Go Ahead. The pro part even changed their colours to purple-white for a few years!”

“Speaking about the colours: we were founded as Be Quick in 1902. In 1905 we entered the Dutch Football Association, but were told that there was already a club named Be Quick. So we had to change our name. Our founders came up with Go-Ahead as an alternative. To be completely unique the club colours were changed from red and white (other teams had red-white already) to red and yellow.

“The colour-change was an idea of the brothers Karel and Han Hollander, two of the founders of the club. Han Hollander became the most famous Post-World War II sports radio commentator of Holland later. He was sadly killed in extermination camp Sobibor in 1943…”

The club is proud of its heritage and the links with the game of Subbuteo but it is a more modern game that has helped to continue to generate interest in from foreign fans.

“We have a fun fact: in 2013 we promoted to the Eredivisie for the first time in this century. So we made our ‘debute’ in the football game FIFA. Since then we have a number of English fans, because they came across our striking English club name. We get dozens of fanshop orders each year from the UK.

WBut not only our name is English. We are being called ‘an English football club’ quite regularly, because our stadium has an English atmosphere with four individual stands and the fans very close to the pitch. Also the location of our stadium is English, in the centre of a living area with a lot of terraced houses.W

“So to all English football fans: if you are in the area, don’t hesitate to visit Go Ahead Eagles, because you will feel at home instantly!”

Go Ahead Eagles have all the makings of a classic Subbuteo team. A great name, a beautiful kit and above all else a pride in the fact the miniature game saw fit to create a replica.