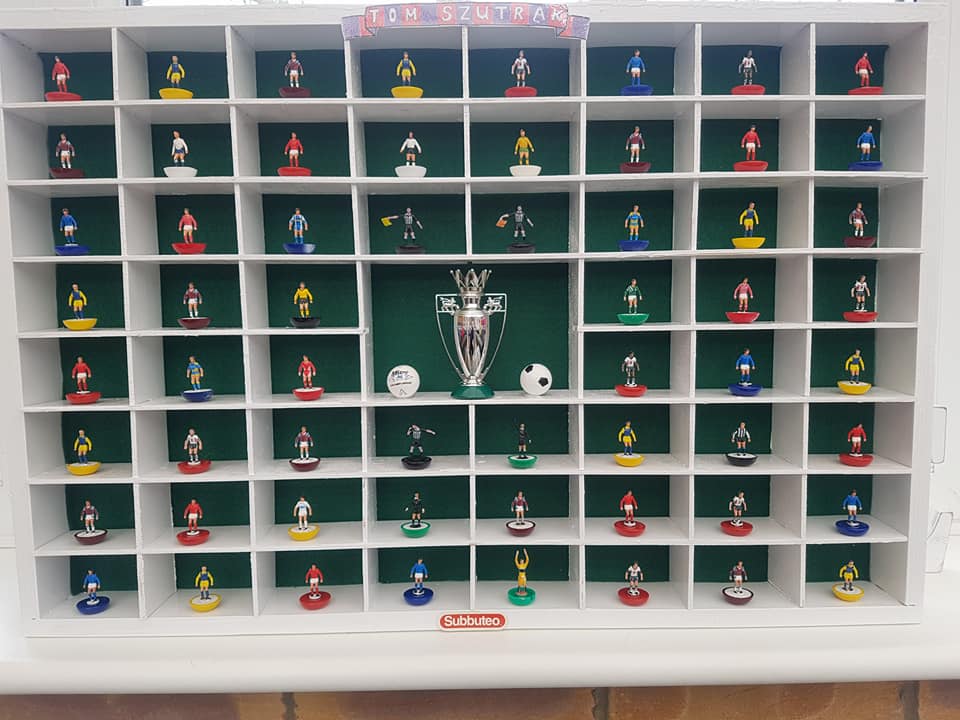 How this impressive individual player Subbuteo display was made

Ready for another brilliant single player Subbuteo display? Go on then.

There are plenty of ways to display a single figure player collection. We have previously covered the tiny shelves showcasing a collection of over 2,100 players, and of course there is the beautiful LED-lit display of single figures.

We spoke to Subbuteo fan Shaun Rye about another spectacular idea for displaying single Subbuteo players and it is definitely a winner.

Shaun has converted a small cabinet into a brilliant Subbuteo single player display complete with larger compartment for a Premier League trophy, modern referee and assistant referee figures and some nice Subbuteo kits.

We also spotted Aston Villa and a blue United third kit to complete the display.

The use of individual compartments back with green felt really makes the players stand out and should act as design inspiration for anybody who wants to display their Subbuteo teams.

We spoke to Shaun about the display. He said: “The unit came made, well sort of. I pulled out the compartments and chopped a gap in the middle as I’d had an idea to display a trophy. Bought some green felt to put behind the small compartments then put the sections back in once I’d painted the unit in a white gloss.

“There is no real theme but tried to get as many different teams/designs as possible but did want to get referees/assistants in the middle. It was for my nephew who loved guessing the teams from the older retro kits.”

As uncles go, we reckon Shaun might be one of the best around.