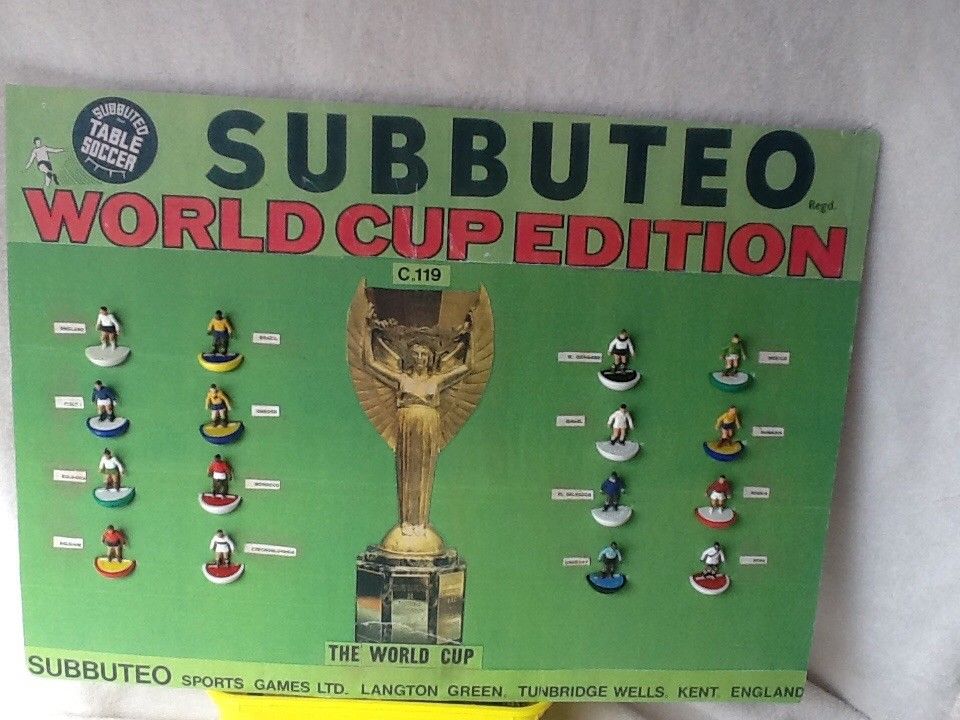 An incredible piece of Subbuteo history has been listed on eBay – but the price might make even the most ardant collectors wince.

A one-off Subbuteo display used at the Savoy Hotel for the first ever International Subbuteo tournament in 1970 has been listed for sale on the auction website.

The display is listed by a French seller and includes 16 players from each side taking part in the 1970 Mexico World Cup, along with the Jules Rimet trophy itself.

At the time of writing the price was 155 Euros but it could be expected to fetch a lot more than that with a number of days left in the auction.

“These were ordered by my grandad for Subbuteo on his ventures to the Toy Fair over a 60 year period. This is the one and only Display piece from The First Subbuteo International Competition August 23rd to 27th 1970

“I know for a fact that this cost so much to re produce that a Mr. G. Sampson of Subbuteo Sports Games only authorised one for the Tournament and …This is it !” 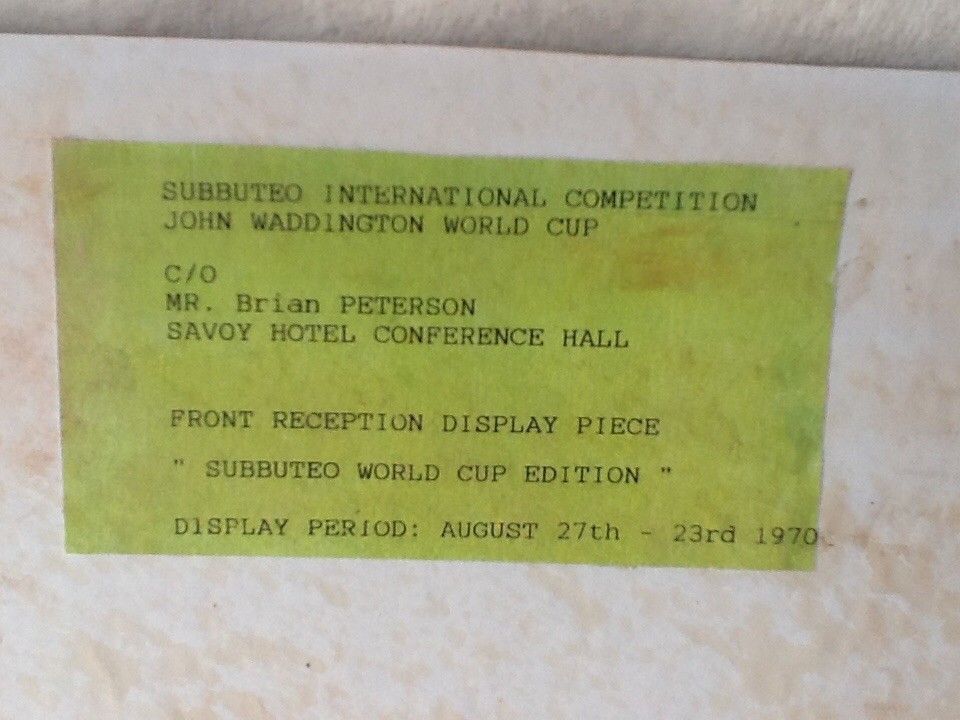 The piece is described as ‘fragile’ by the seller but has survived in good condition since it was displayed on August 23rd to 27th.

The tournament was the first ever Subbuteo World Cup and was won by Peter Czarkowski of West Germany.