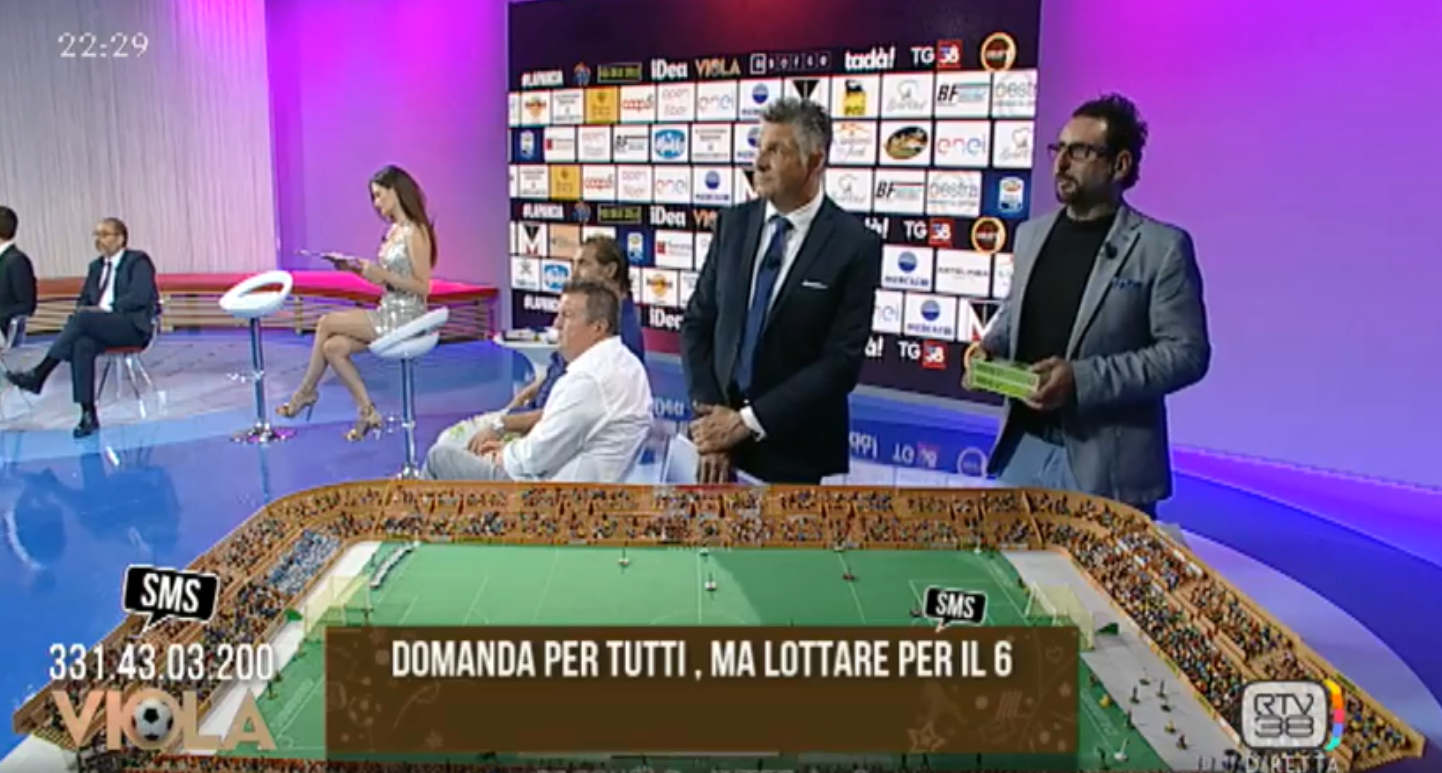 Subbuteo.Online has a favourite Italian team.

That is because this season Tuscany TV station RTV38 are hosting a football show focused on Fiorentina and they are using a Subbuteo table to demonstrate their point.

The Subbuteo table, a nice set up with stands surrounding, was used several times in the station’s Viola programme and is available to watch on TV in Italy and online – but is probably only worth it if you speak Italian.

The channel is a big fan of Fiorentina, broadcasting all of the team’s Serie A games and used the Subbuteo set in the studio for the first time over the weekend.

Fiorentina kick off their season at home to Chievo in their opening Serie A game and the table is sure to get some use to demonstrate the tactics employed by Stefano Pioli. The likes of Kevin Mirallas, Federico Chiesa and Marko Pjaca will be hoping for a winning start to the season.

Fiorentina are a bit of a Subbuteo hero. The striking kit – which gave rise to the name Viola – first appeared as a heavyweight (ref 55) but there was some confusion because two different colours and bases were sold under the same reference, a lighter and a darker version.

It then returned to Subbuteo in lightweight form during the 1990s with an all-violet kit. The team, reference 490, is an absolute stunner and is currently listed for around £40 on eBay.

The mixture of beautiful kit, unusual colours and rarity, coupled with the popularity of Italian teams in Subbuteo, make Fiorentina a Subbuteo fan’s favourite team.