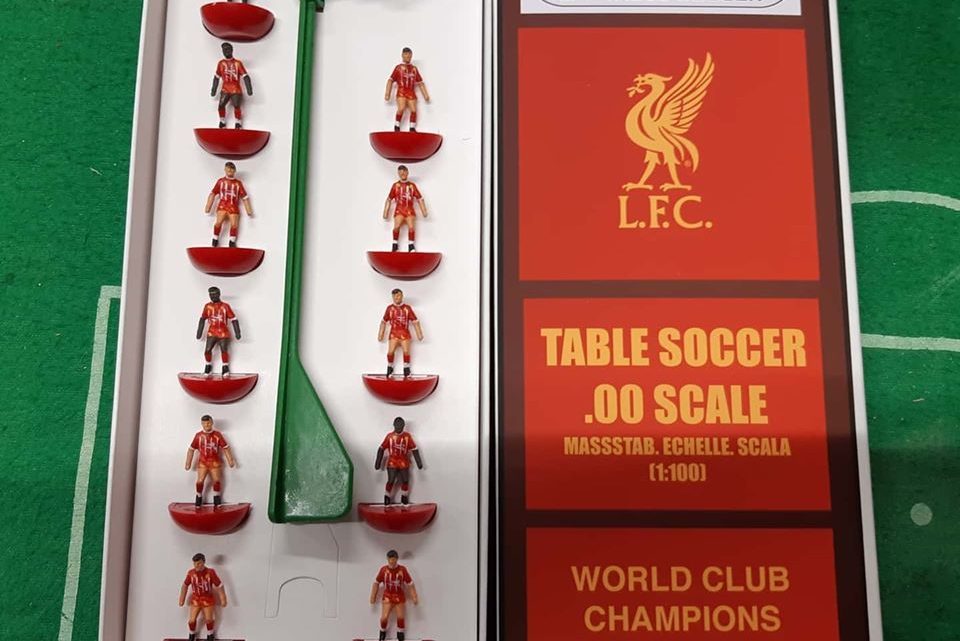 Liverpool fans are probably used to accolades for their team by now.

Jurgen Klopp’s side are now European Champions and World Club Champions after victory in the tournament at the third time of asking.

They also lead the Premier League by a virtually unassailable lead and captain Jordan Henderson has just been named England Player of the Year.

But they are still lacking the greatest honour in football – until now.

In the past Subbuteo would create teams specifically for clubs who had won a trophy. Manchester United and Arsenal both got European trophy sets, while FA Cup and League Cup winners in the early 1990s would get team boxes with the honour included on the label.

Further afield Italian teams with the prestigious Scudetto badge to signify the winners of Serie A can add a bit of value to a team.

Subbuteo doesn’t have the rights to teams now so Liverpool’s achievements so far have not been immortalised in Subbuteo.

The team is painstakingly hand-painted and even comes in a neat display case. Based on the popular Top Spin sets used by many of the world’s best custom Subbuteo painters, they feature beautiful detail on the Liverpool player kits.

Priced at £20 here, the sets will also be a limited edition as they are only made to order.

The set includes two versions of goalkeeper Allison. The traditional goalkeeper on a stick and a kicking goalkeeper for goal kicks – and you might even want to use it to play sweeper keeper with one of the best around.

The Subbuteo stadium with a spectacular light show

The new Subbuteo box set has one very promising feature