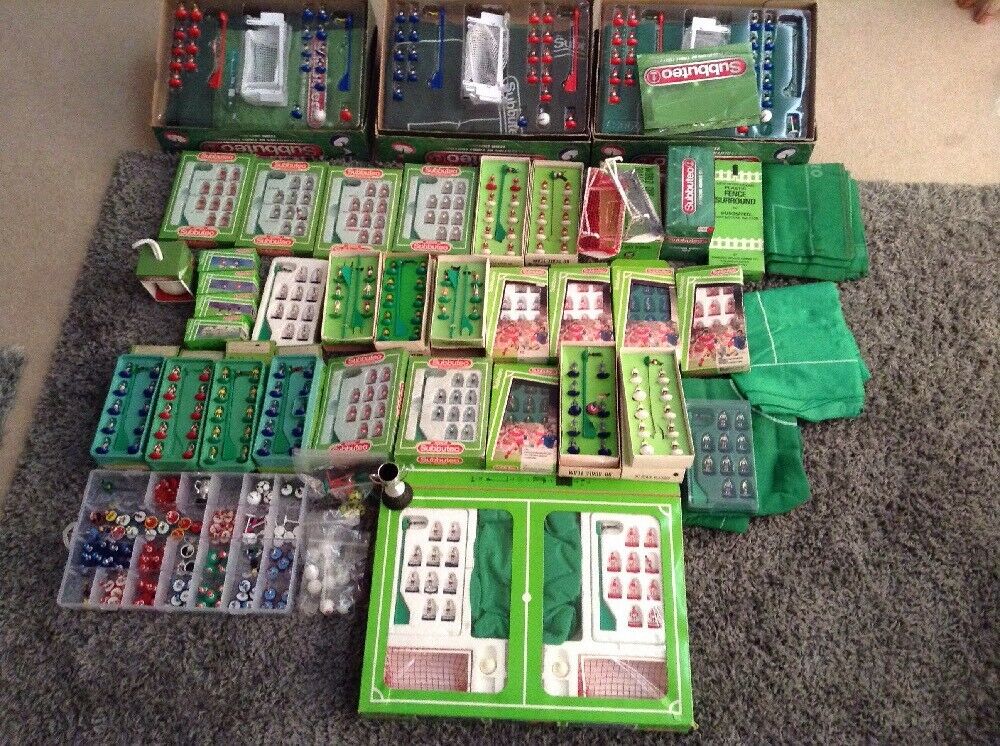 A Subbuteo job lot is the centre of a bidding war on eBay with 20 bids and an eye-watering price.

The job lot, which includes teams, box sets, trophies and accessories, has fetched bids of £185 at the time of writing and still has two days to go.

Unusually, the selection of 22 teams are not all from the more desirable heavyweight era. Instead there are a handful of heavyweight teams including Norwich, Wolves and Arsenal, as well as more modern lightweight teams from the early 1990s.

Box sets include three identical modern Subbuteo sets made this century, as well as an older set from the 1980s and a few cloth pitches.

The job lot also includes two Subbuteo trophies, a box of broken or loose players, footballs including a couple of Adidas Tango balls in both white and green, referees, linesmen and goals. 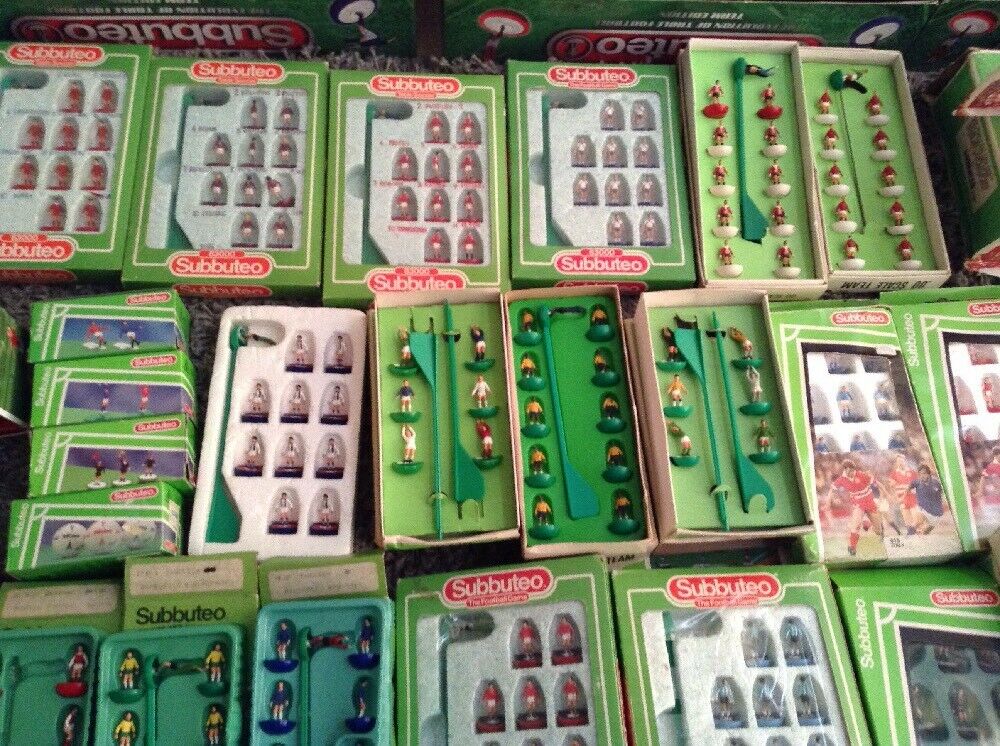 As with all eBay job lots the ubiquitous fence surrounds are included, as are corner flags, corner and free kick takers and even a Subbuteo soap on a rope.

The job lot is being sold by a collector from Wiltshire and shipping is a reasonable £14.95.

The number of teams in good condition and host of extras has inspired Subbuteo collectors and bidding has reached £185. With two days to go it would not be a surprise to see that price rise to above £200 for the set.

That breaks down at less than £10 per team not including the host of extras and does represent good value for a buyer. The sheer amount of Subbuteo and relatively good condition of the items listed means this is one of the most popular Subbuteo items on the auction website at the moment.

At Subbuteo Online we love a job lot and it will be interesting to see how high this one goes. Check back to see the final price of this Subbuteo auction.

You can see the auction here.