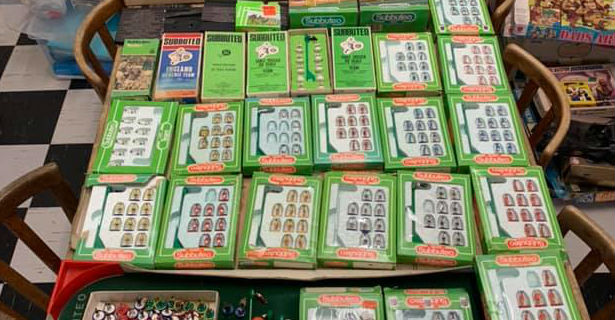 It is the dream of many Subbuteo collectors and fans – a hidden stash in a loft or cellar with piles of teams, accessories and other Subbuteo bits and pieces.

A Subbuteo fan has rediscovered just that after taking a trip to his loft and finding a massive haul of Subbuteo in what looks to be very good condition.

The latest big Subbuteo loft find is here and Jason has unearthed around 20 lightweight teams from the 1980s era of Subbuteo and a handful of older heavyweight sides. There are also Continental Subbuteo box sets, a Subbuteo rugby set and a pile of other Subbuteo bits and pieces.

There is even a collection of loose players that many collectors would probably love to have a sift through to complete some teams. 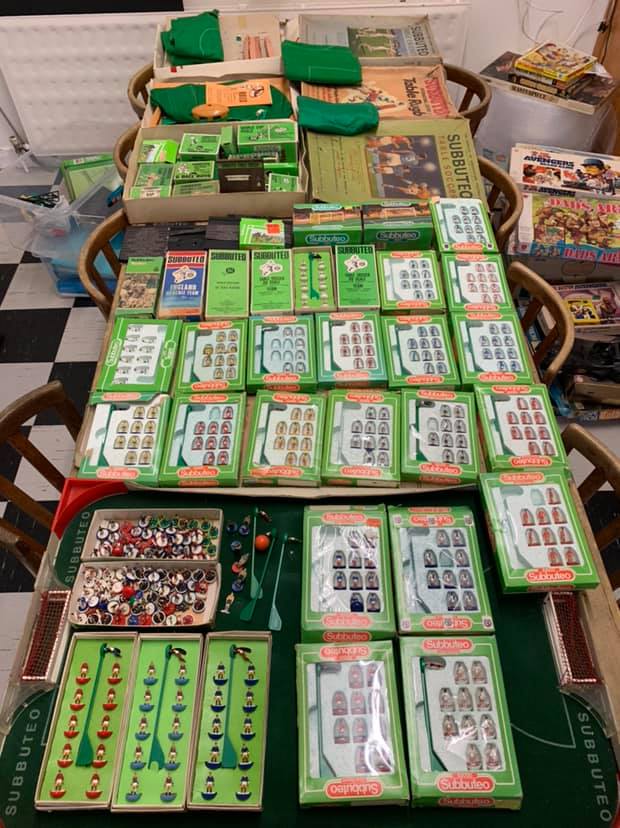 Jason says it’s been several years since he’s seen his Subbuteo collection when he posted it a Subbuteo Facebook group and the comments were pretty entertaining.

One fan jokingly said: “Not worth a lot mate will give you a tenner.”

While another suggested Jason’s marriage may not make it to another five months now that the Subbuteo is back out from the loft.

We’ve seen collections like this go for hundreds of pounds on eBay and other selling sites but hopefully Jason is keen to add to the collection rather than sell. The excellent condition and huge range of items mean this is one of the better Subbuteo loft finds.

And it’s not only Subbuteo he discovered. He explains: “I decided to clear out the attic and have discovered boxes and boxes of toys… The ones to the right are Dad’s Army, Kojak, Airfix Fighter Command, the New Avengers, Escape from Colditz and Captain Pugwash jigsaw!”