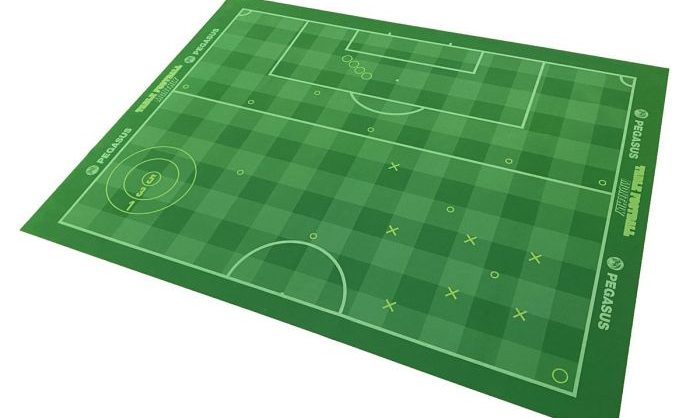 New Subbuteo Skills League launches and anybody can take part

A unique new Subbuteo league is set to launch and anybody can take part from home.

Keith Littler, one of the founders of Table Football Monthly, has launched a new ‘Online Training Pitch League’ that will challenge participants on a series of tricky Subbuteo challenges.

Participants in the league will need to video their attempts at a number of Subbuteo skills, earning points in a bid to top the league and win prizes. The exciting new ‘skills’ league will allow anybody to enter using new, heavyweight and lightweight Subbuteo players and should be a lot of fun for fans of the game.

It will run from December 2020 to June 2021, according to Keith. He said: “I have spoken to Pete at Subbuteoworld this morning and we have decided that as we created the pitch together we shall sponsor the League together.

“Challenges will be set each month by me and players submit their attempts via phone or camera recording. Any edits will make the entry void.”

Anybody who enters will get a certificate but the winners of each league (contestants will be split into four groups) will compete for the big title in June.

He adds: “Owning a Training Pitch will help as I’ll be setting the challenges on one. If you can recreate the Challenges using half of a full sized pitch your entry will qualify.”

The training pitch he is referring to is the new SubbuteoWorld half-size training pitch that includes markings to practise a number of skills from dribbling to curling. They are on sale now for £45 and are based on the classic Subbuteo training pitch launched in the 1980s.

Alternatively players will be able to mark out their own pitches to take part.

Keith continues: “Challenges will be fairly spread between relatively easy to tricky. I want a minimum of 20 entries to make this happen and the maximum will be 40.

“Entries will be welcome from all over the world and I hope we can build this into an Annual Event that will be all about bringing Hobbyist, Solo, Club and Tournament players together in a fun competition that has no label.”

He announced the league on the Table Football Monthly Facebook page and over 40 people have already entered. We are hoping he opens up the numbers further to make this a truly global Subbuteo event.

Here at Subbuteo.Online we’ll update on the league as it takes place.