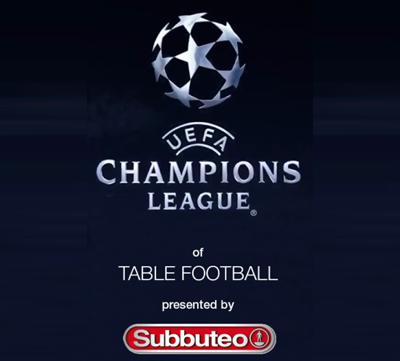 A competition for Subbuteo players to be run under the UEFA Champions League brand has been scuppered.

UEFA and Subbuteo struck a deal for the production of sets, teams and accessories until at least 2020, and part of that deal was to include some promotional events, where players and teams would have worn the famous Champions League branding.

Titled “The UEFA Champions of League of Table Football” it was seen as an opportunity to build bridges between table football and the world of football at large.

It would have formed part of a joint-plan to promote Subbuteo across Europe.

However, a disagreement with FISTF meant the plans were shelved and their European Championship operated independently.

Let’s hope it can be re-visited in the future.

For now, we’ll just have to stick with playing out Champions League games on the branded sets at home. Shame.