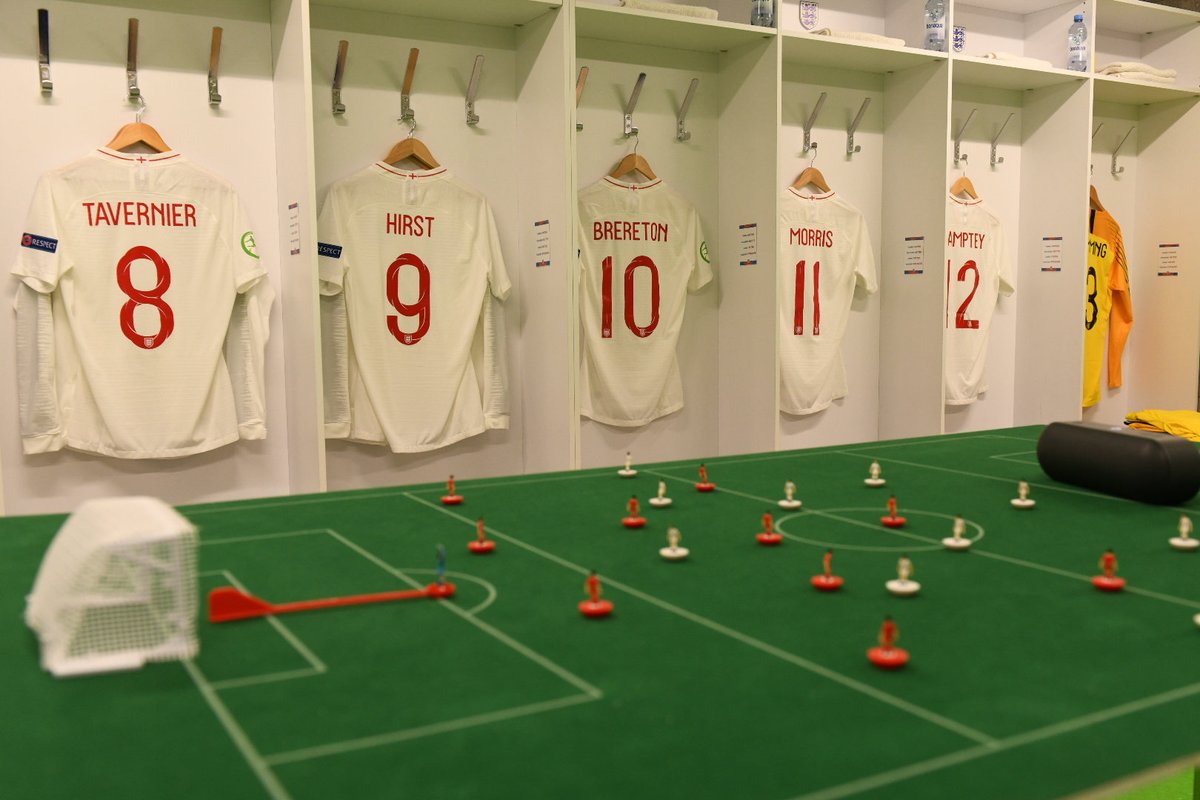 Phil Neville has one major thing in common with Manchester City’s Pep Guardiola.

On the eve of the Women’s World Cup in which Neville will lead his team into the tournament, the former Everton and United utility man has admitted he has a tactical secret up his sleeve.

According to the Guardian, Neville says: “What I’ve learned is that we get them on the Subbuteo table and it’s: ‘Talk us through it.’ We sit for hours and hours talking through systems and tactics and they want to learn the intricacies of every system.”

And Neville is not the only manager to use Subbuteo to share tactics with elite players. Pep Guardiola was spotted using a table last summer when the club visited New York City.

The table was supplied by US company Garage Soccer and it is becoming the norm for top level managers to use the game to get tactics across to players.
This week England u23 manager Aidy Bothroyd admitted Subbuteo was used for his young team because the 3D nature of the game helps to get visual tactical ideas across quicker and easier.

Last summer in the World Cup Gareth Southgate and Jordan Henderson spent hours over a Subbuteo table working on tactics that led the side to a World Cup semi final.

And even New Zealand’s impressive u20s used Subbuteo in the most recent World Cup, where they upset the odds to qualify from the group stage.

Subbuteo has been many things; a massive worldwide game played in tournaments across the planet, a place where collectors can build vast collections of teams and even something modellers can take on to build spectacular stadiums.

However, recently the game has been used by the best football minds in the world as a coaching tactic.

The ability to physically move the players in three dimensions means it is more visual than a tactics board. Players can gather around the table and look at different angles and this gives a better overall picture of any given tactical situation.

In an ideal world the makers of Subbuteo will see this as a massive marketing opportunity. Companies pay millions to be associated with the England football team and there Subbuteo is – in Sky Sports reports and being spoken about by top coaches all over the world. You can’t buy that publicity.

Sadly Hasbro will probably ignore this open goal. In a missed opportunity worse than a Choupo-Moting one-on-one the game will not use this as a springboard to enter a whole new market.

Elite coaching sets could be produced. Coaches could be brought in to market the sets and talk about the benefits of having a Subbuteo table set up.
It could be another way to really revive Subbuteo as a useful tool for players old and new. A gateway into the game so many still care about.

Sadly, until the game falls into more caring hands this looks like another missed opportunity for Subbuteo in a world where big chances do not come around so often.