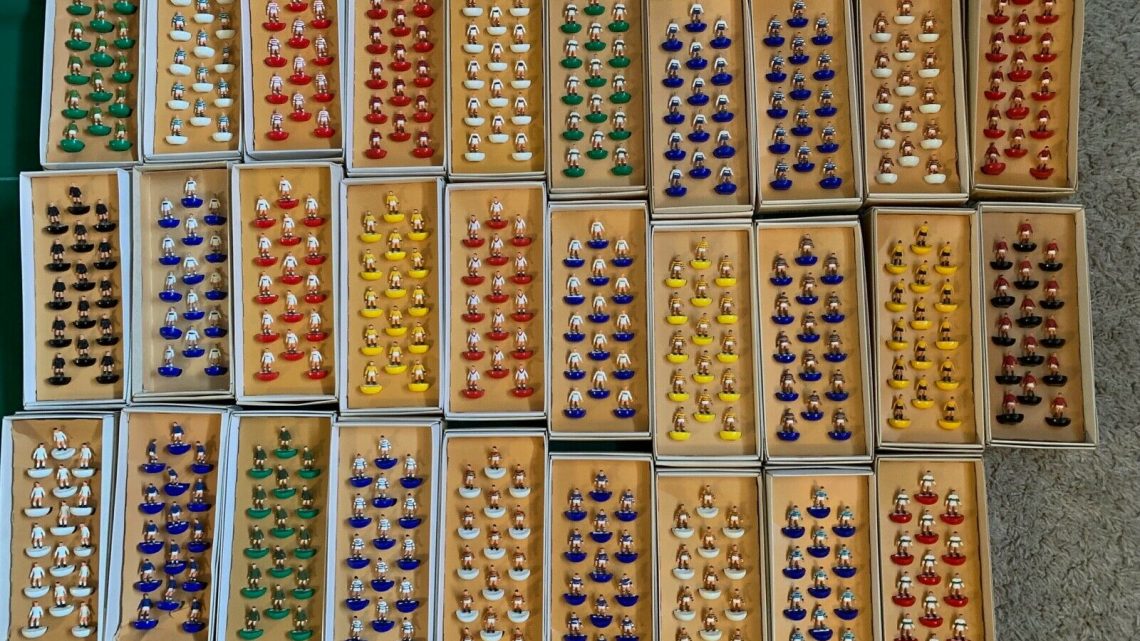 Subbuteo rugby is often the lesser-known relation of the Subbuteo stable.

The game is definitely not as playable as Subbuteo football but it does have its charm. Especially when it comes to the selection of chunky rugby teams sold by Subbuteo over the years.

The Subbuteo rugby range featured a host of striking kits, as well as iconic teams such as the All Blacks, Barbarians and Wasps.

There are also a host of Rugby League sides such as St Helens, Halifax and Wakefield Trinity and even some rarer smaller teams such as Rochdale Hornets and Hunslet.

It is rare to see many of these teams as they did not sell in high numbers but one eBay seller has listed 29 heavyweight teams including a full set of Subbuteo rugby sides from the international Union sides such as England, Wales and Ireland right through to the Rugby League sides.

The seller has also listed a few extras including pitch, goals, scrum, two kickers (red one repainted) and 12 rugby balls in the massive job lot.

The set has little under a day left and with around 10 people watching the auction it will be interesting to see how high the intriguing set of Subbuteo teams gets with bidders.