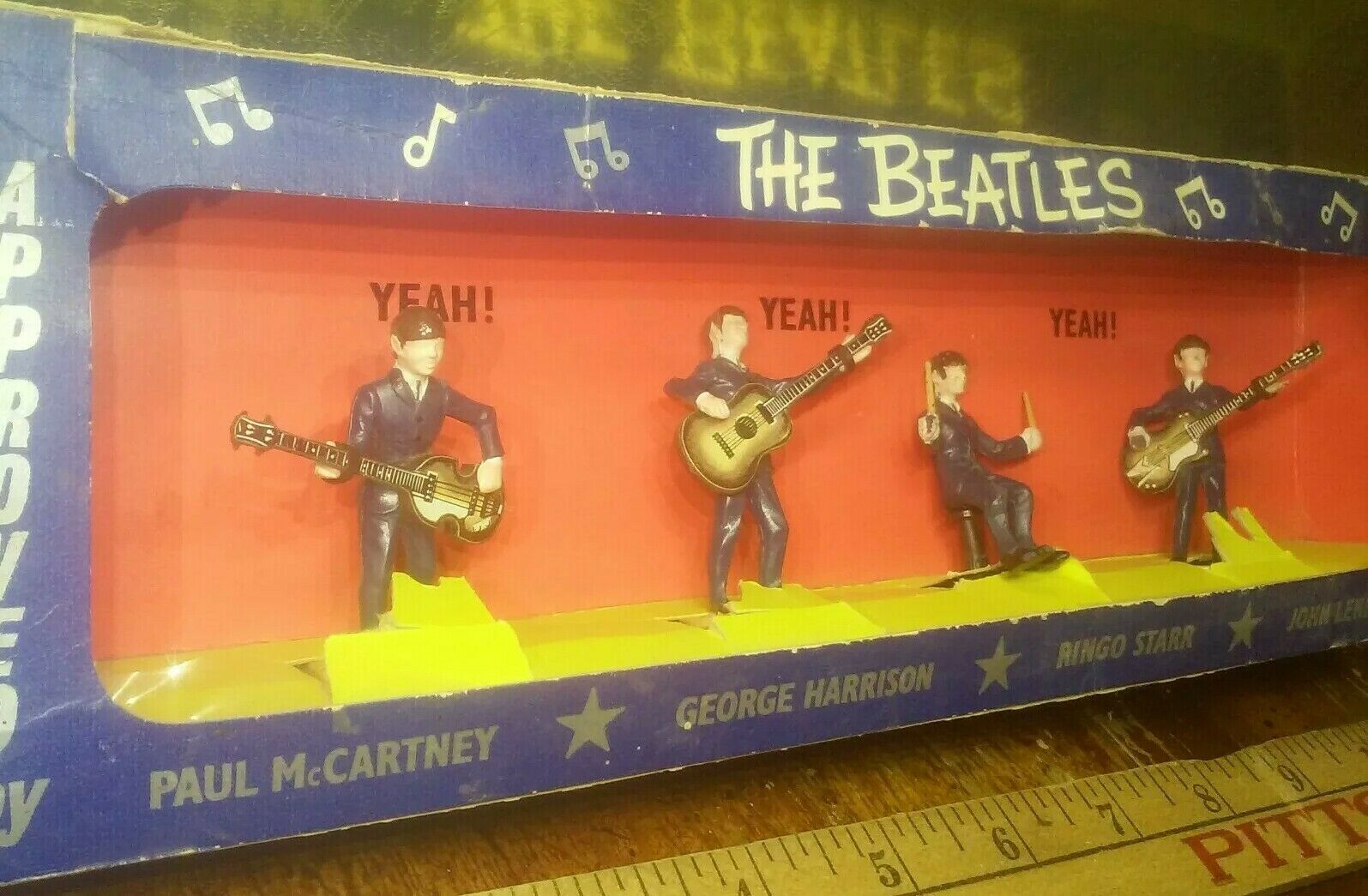 Subbuteo Beatles are ‘regarded as the most valuable item ever made’

The rarest and most valuable item ever made by Subbuteo strangely has nothing at all to do with football.

The Beatles are one of the greatest bands of all time and while the come from one of the world’s great football cities in Liverpool they are not particularly associated with the sport.

Subbuteo however, still decided to produce a tiny set of four figures to represent the Fab Four in 1964 and sold it as an official Subbuteo product. Made in limited numbers, it is now one of the rarest Subbuteo items ever produced.

Subbuteo expert Peter Upton says the set is: “Regarded as the most valuable item ever made by Peter Adolph’s company, mainly because they are desired by the multitude of Beatles fans rather than just the small, loyal band of Subbuteo collectors! “

On his superb Subbuteo site he points out a number of problems with the Subbuteo Beatles set. He says: ” The band members are 2.5 inches high, so alas they are not the correct scale to provide half time entertainment at a Subbuteo ground.

“The advert states that Peter Adolph has “exclusive manufacture approved by the Beatles”, and the story goes that he met them early in their career, and got the deal before they’d become really famous. The advert also states that this is “number one in the series”, but no other scale pop stars seem to have been produced – shame. “

It is also a rare example of Subbuteo creating figures based on real life people. Only the Queen and England mascot Ken Bailey can claim a Subbuteo figure in the world of football.

How much are they worth? In their original box – which is a rare site – they can fetch astronomical sums. A set has recently appeared on auction website eBay listed at £484, while a similar set is currently for sale on Subbuteo World for an eye-watering £999.

We will keep an eye on the auction listing to see what the final price is but safe to say this is quite a rare event in the world of Subbuteo collecting.