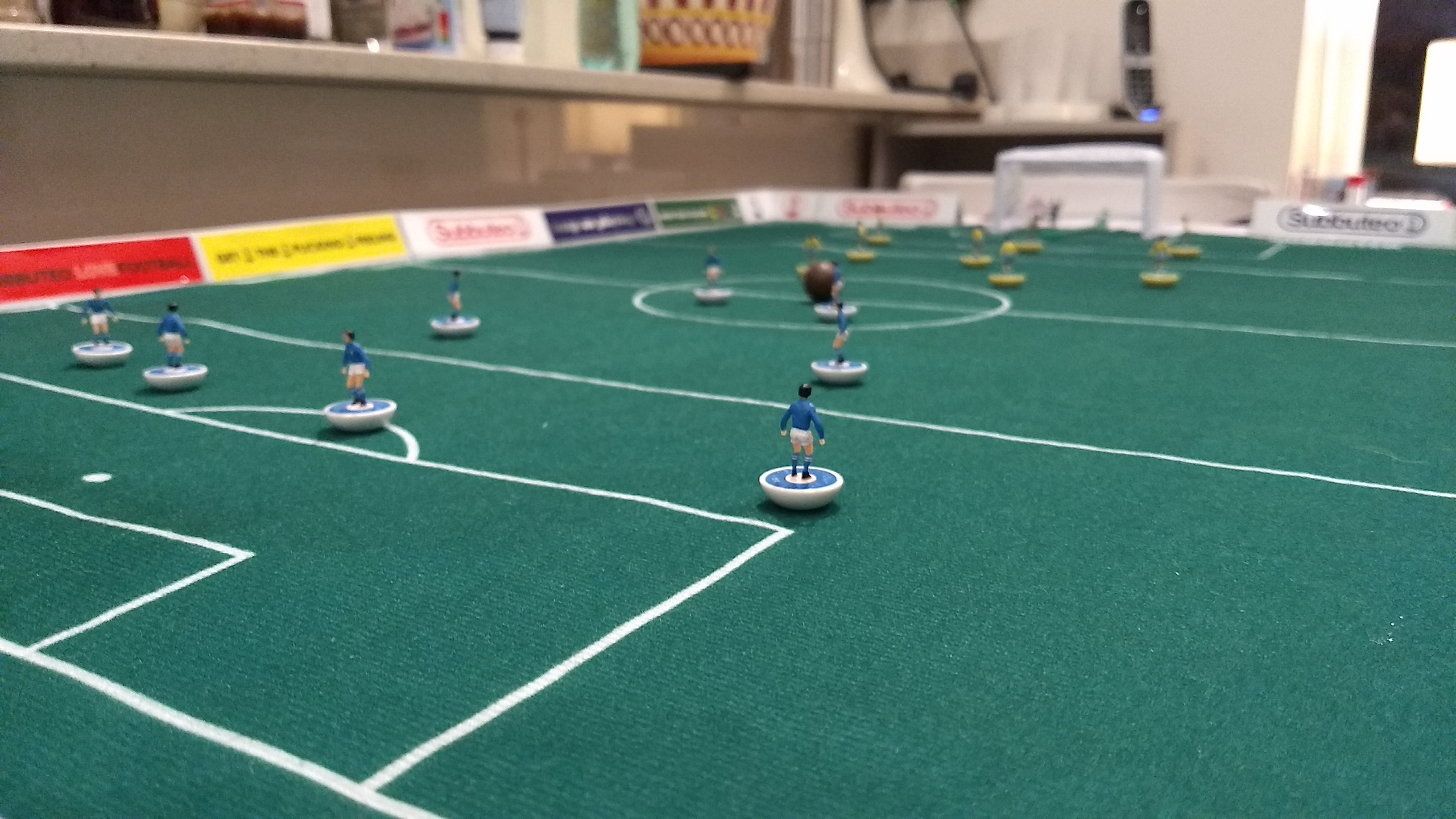 The first stadium of the Subbuteo Cup 2020 has been revealed.

Last week we launched the Subbuteo Cup 2020, a 64-team knockout tournament that will see players from all over the world complete fixtures either playing solo or with housemates. It is set to kick off on Saturday 4 April.

While we vote on the teams set to compete, one player has hastily constructed a stadium fit for a tournament in preparation.

Chris got in touch to showcase the ‘White Street Green’ stadium as we near kick off.

He says: “I built the base today from what I had available from leftover 2shed/model railway builds etc. and bits of hardboard bought for other things.

Ideally I would have gone to B&Q and got one piece of 22mm MDF cut to size, but these are make do and mend times. So pieces of hardboard were used with a frame made where the joins are and the best I could do with mitred struts in the corners.”

“The frame and surface are complete now, and I will put it on two saw horses or a black and decker workmate. It seems nice and rigid, and reasonably flat. I am going for cloth pitch as astro can be too fast when the whole thing is not absolutely level. In any case, I only have the half size astropitch.”

“The size was done for a Paul Lamond heavy cloth pitch, which is big, so this big enough for any of my pitches.

“Tomorrow the “turf” will be laid (after it’s been rollered (ironed)), and the goals and fencing put up.”

With just a handful of teams set to enter and the draw for the first round taking place on Wednesday, stadiums across the world will be getting dusted off in preparation for the inaugural tournament.