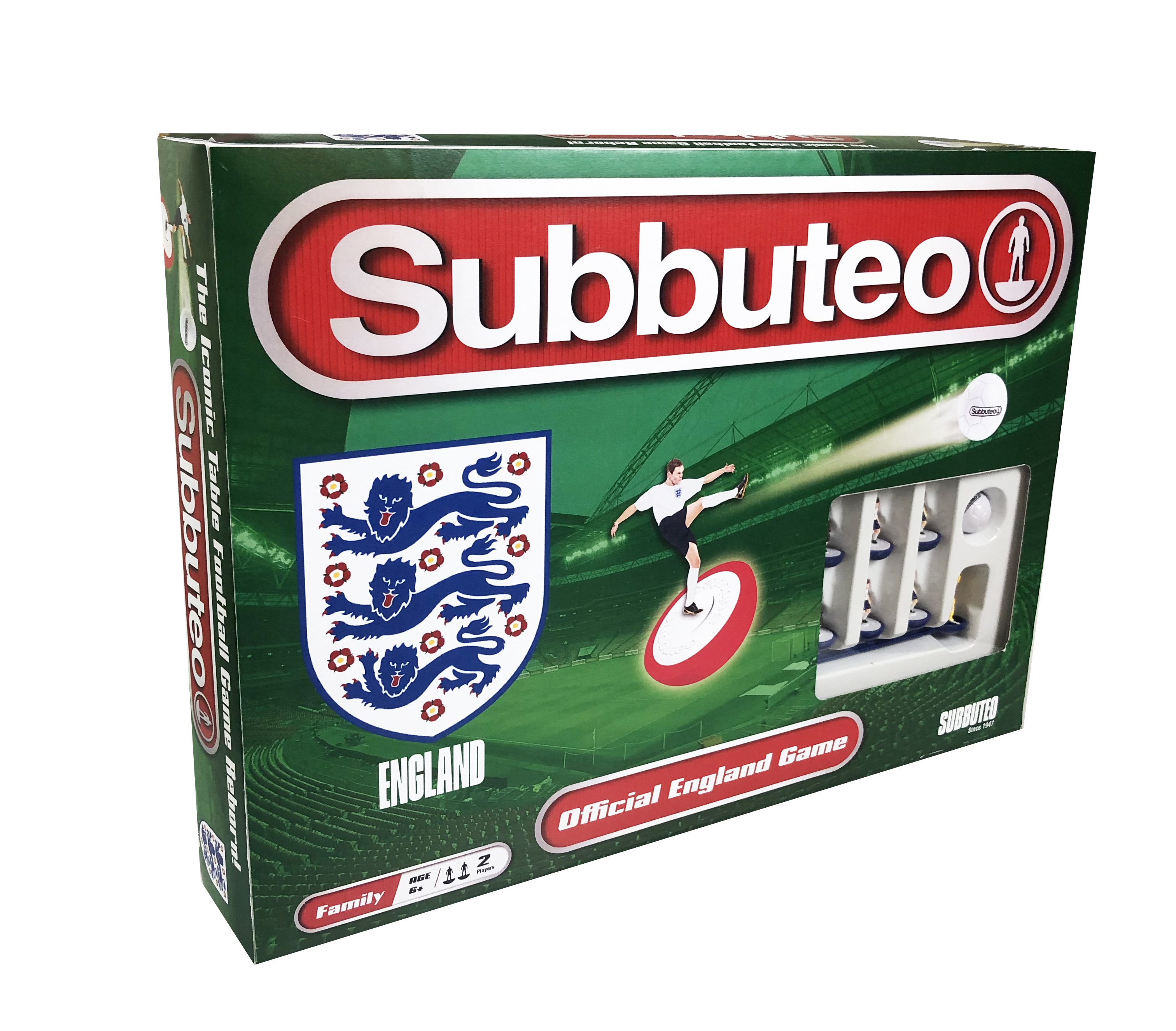 Subbuteo is making a welcome return to the UK high street after Smyths Toys announced it would be stocking the new game.

The news, announced by UK distributor University Games and confirmed by the Smyths Toys website, means the table top football game is on high street shelves for the first time since Christmas 2018.

The game, featuring the classic red and blue teams, is on sale for a hefty £39.99 on the Smyths website, which is similar to the price of the new England box set on sale on Amazon.

The blue and red box set is one of two new major products from Subbuteo in 2020, the other being an England team box launched in April.

Brand owner Longshore has also announced it will be creating a new VAR Subbuteo set in the coming months. The VAR set looks like it will be made up of older referee set stock with a new VAR monitor included.

Subbuteo has had a rocky return to the high street after sets were dropped from the shelves of Hamley’s in 2018. Since then UK distributor Paul Lamond has merged with University Games and there are now plans to give the brand a new lease of life.

It has since undergone a drastic overhaul and relaunch in 2020, although this was delayed by the coronavirus outbreak and postponement of Euro 2020.

The box sets are made up of entirely new players with more detail such as different hair styles and coloured boots. They also come with goals, a ball and a new, higher quality pitch that has earned good reviews with Subbuteo fans.

The box sets are not for Subbuteo purists – but instead are aimed at younger players with more durable accessories and more ‘cartoonish’ features.

They were revealed at the London Toy Fair in early 2020 alongside a new Subbuteo TV advert. University Games told Subbute.Online at the time the plan was for more high street retailers to stock the new game to provide that ‘parent or grandparent and child’ experience of physically entering a store to buy the game.

You can see the new box set on the Smyths Toys website here.