Subbuteo legends Melchester Rovers are back in a Roy Race reboot

It is 54 years to the day since Roy of the Rovers first arrived on the scene.

The hand-drawn hero of Melchester Rovers is a fictional football legend, taking his team to a number of titles and cups and getting into several adventures in the process. Over the 40 years of the comic books that enthralled millions Roy Race was kidnapped four times, lost his foot to a helicopter accident, and married and became a widower.

On the field he was the talisman, player-manager and later owner of Melchester Rovers – and he is making a return in a complete reboot of the iconic series.

The owners of the Roy of the Rovers name is launching an entirely new book and comic about the footballing superstar, with a reboot of the series starting once again with a 16-year-old Roy making his first appearances in football.

The bad news? Melchester Rovers have fallen on hard times and languish in Division Four of the league system, struggling for cash and in poor form. It does have a slick new badge complete with a modern lion motif but little else seems to be going right for Rovers.

Rebellion CEO Jason Kingsley OBE says: “Roy of the Rovers is a legend of British comics, a national icon that has been in the public consciousness since 1954. Re-imagining a character as beloved as Roy Race is an opportunity that doesn’t come around too often, and we’re delighted to begin the next chapter in Roy of the Rovers history. The ‘new’ Roy Race might look different to his predecessors, but rest assured the core of the character – from his talent through to his sportsmanship and, of course, his blonde mop, remain.” 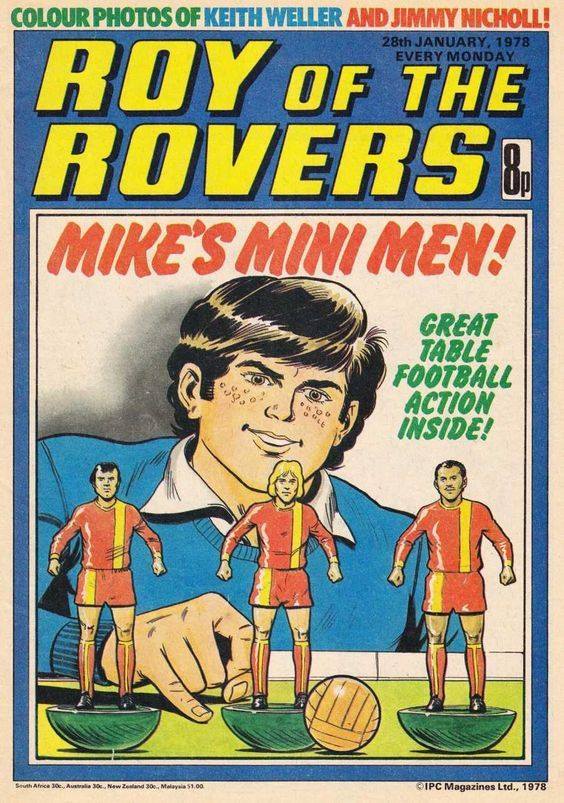 We are excited about the launch of the new series – but what exactly does it have to do with Subbuteo?

Well, quite a lot actually. Subbuteo regularly featured in Roy of the Rovers comics via adverts but also as canon, as Melchester fan Mike’s Mini Men in which he recreated Race’s greatest moments in Subbuteo form.

So popular were the two that Subbuteo even created a number of Melchester Rovers sets starting with the single-striped 1970s version and later on the striped 1990s version in lightweight format. In fact, Roy Race is the only ever Subbuteo player to sport blonde hair, making him probably the most easily identifiable figure in the entire Subbuteo range. 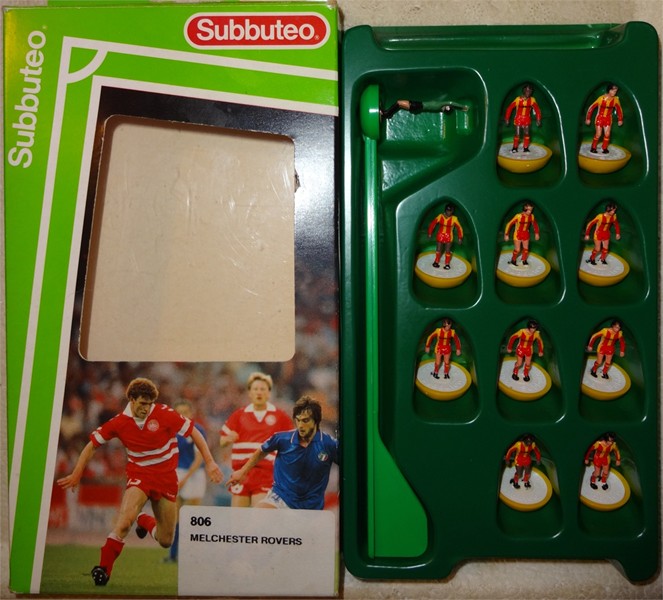 We can’t wait to see the new adventures of Roy – and hope Subbuteo appears once again in the pages of the book and comic. They are available to pre-order now from the official website.