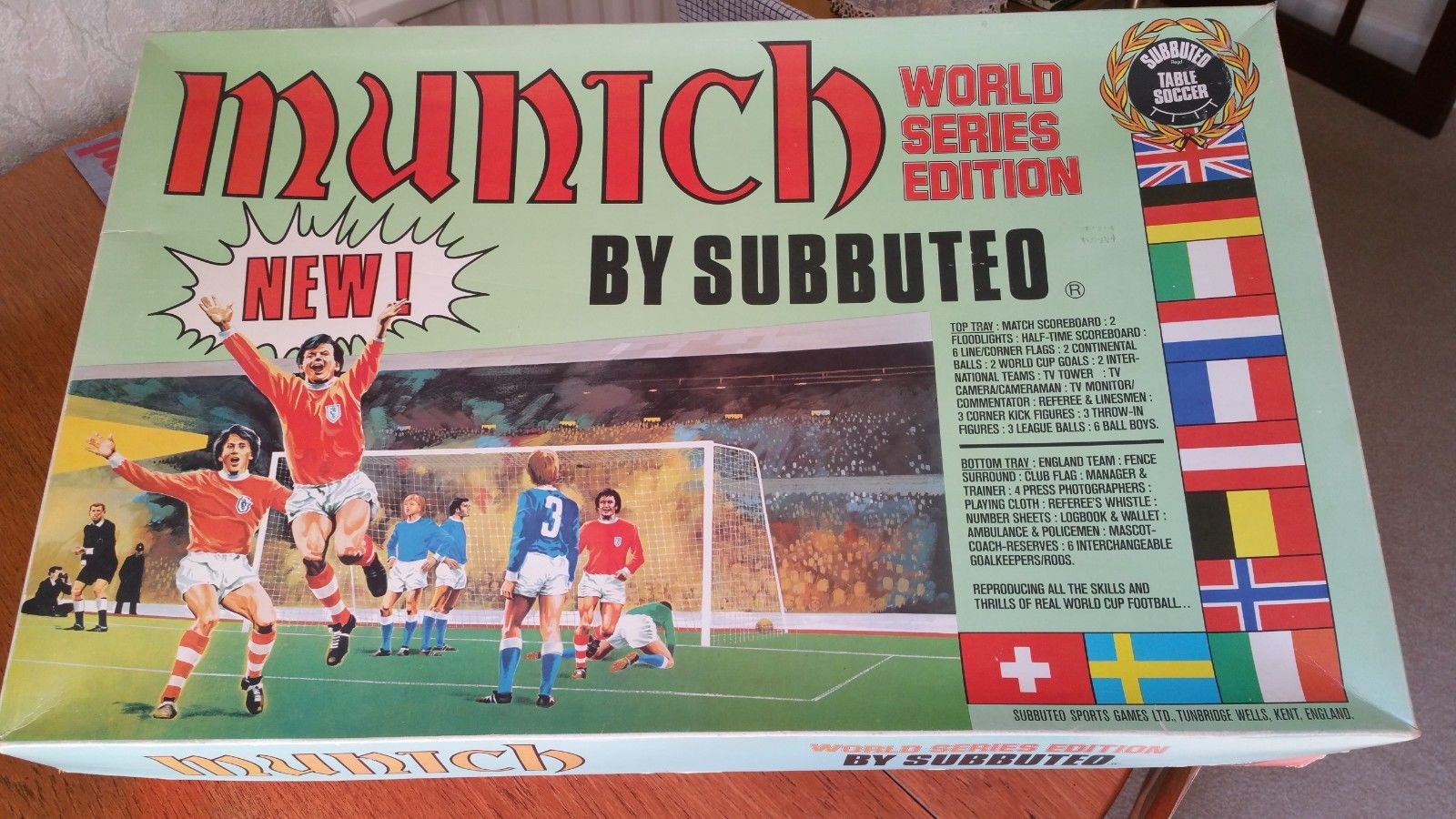 A Subbuteo box set dubbed ‘the Holy Grail’ for collectors has appeared in a London antiques shop at a bargain price.

The 1973 Munich edition of Subbuteo was spotted by eagle-eyed shoppers in Past Caring in London this week.

The set, which looks in good condition and is only missing a single ball, is on sale for £275 – or sensible offers – says the shop after Subbuteo.Online contacted it about the item.

The shop added: “It comes with the trophy presentation box, tracksuited team and two alternative teams.”

The Munich 1973 World Series set is one of the most sought-after in the Subbuteo world and a similar example sold for £450 on eBay recently.

Subbuteo World, which has the set for sale for a whopping £899, describes it as: “The Holy Grail of Subbuteo Collectables. If you have everything Subbuteo chances are you won’t have this German Edition. (It is) Very sought after.”

The double-layered Munich set was launched at the peak of the game’s popularity and was released to celebrate the Subbuteo World Series in Munich in 1974. It included a classic designed box and a host of accessories.

In the box you get a fence surround, a German flag and interchangeable goalkeepers. Other items include a mangher, trainer and bench set, ambulance set, a baize pitch, two floodlights, referees and linesmen, TV tower, balls and teams.

Corner figures, a Ken Bailey mascot with rattle and a scoreboard are also included in the vast collectable set.

You can visit the shop’s Facebook page here or see the Munich set on eBay here.