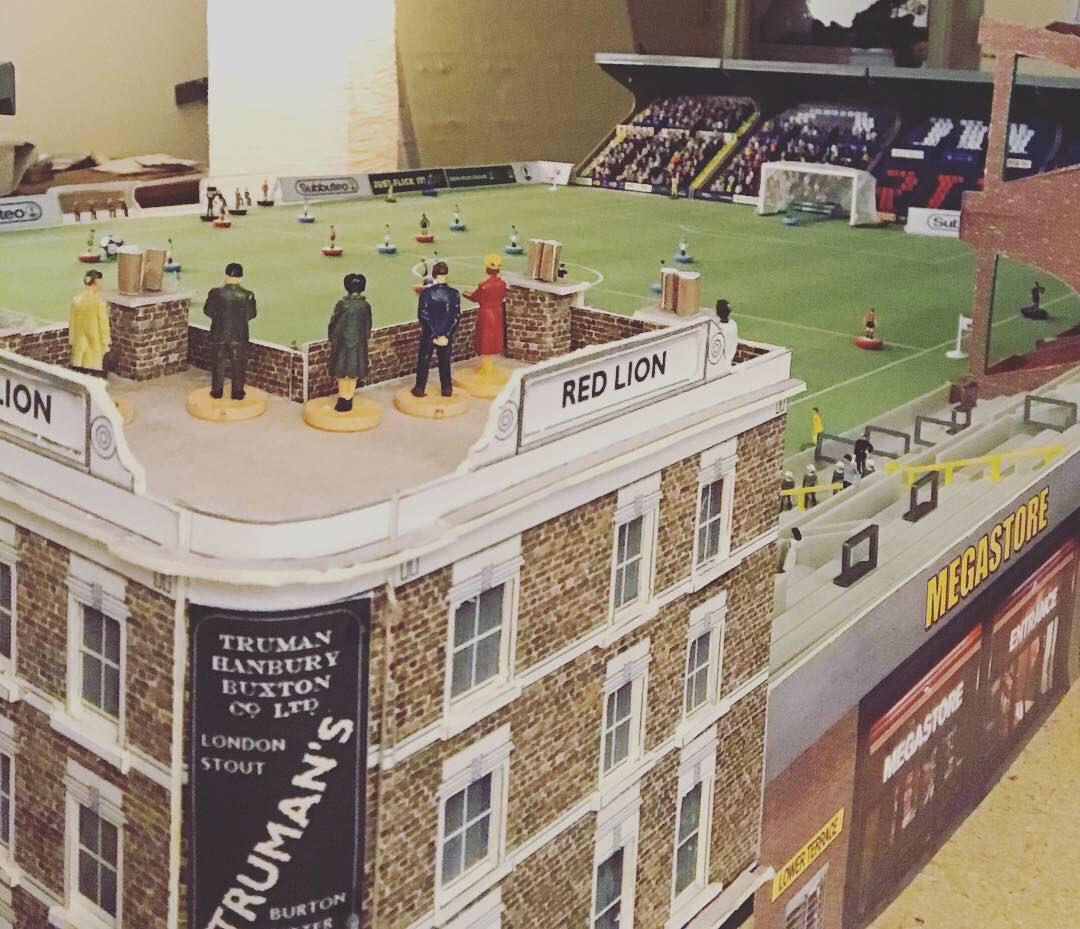 Take a look at a Subbuteo stadium with a corner pub, Oompah band and flares

We have seen some spectacular Subbuteo stadiums in the last few weeks, from one with an electric closing roof to a stunning replica of Villa Park.

However, Subbuteo is a game designed in the 1950s and includes teams such as Bishop Auckland, Southport FC and Wrexham. That means the game is right at home in stadiums that are little more humble.

Which is why we asked the lovely ACSLDirector if we could share his stadium all the way from the US. The stadium is notable for one striking new addition – a large British-style pub called the Red Lion in the corner of the ground.

Ask any Brentford FC fan how important a good corner pub is (they have four in Griffin Park) and how the local is so ingrained in English football culture. This Subbuteo stadium’s effort is a superb addition to the ground and comes complete with a rooftop viewing area that is currently occupied by the Royal family themselves. However it does look like Queen is missing. Perhaps she is getting a round in.

The stadium is incredibly detailed all around. There’s a megastore and some pretty accurate representations of fans lighting flares and even an Oompah band. ACSLDirector has also showcased some brilliant tifos in the stands to add plenty of atmosphere to the stadium.

Looks like Angie has brought the #oompah band along with her! They’re making one hellava ruckus. (Hope stadium services has enough 🍺 on tap for this lot) #Subbuteo @Subbuteo_NI @USASubbuteo @SubbuteoCollect @SubbuteoOnline @FootballInT80s pic.twitter.com/oqAcT9tMhJ