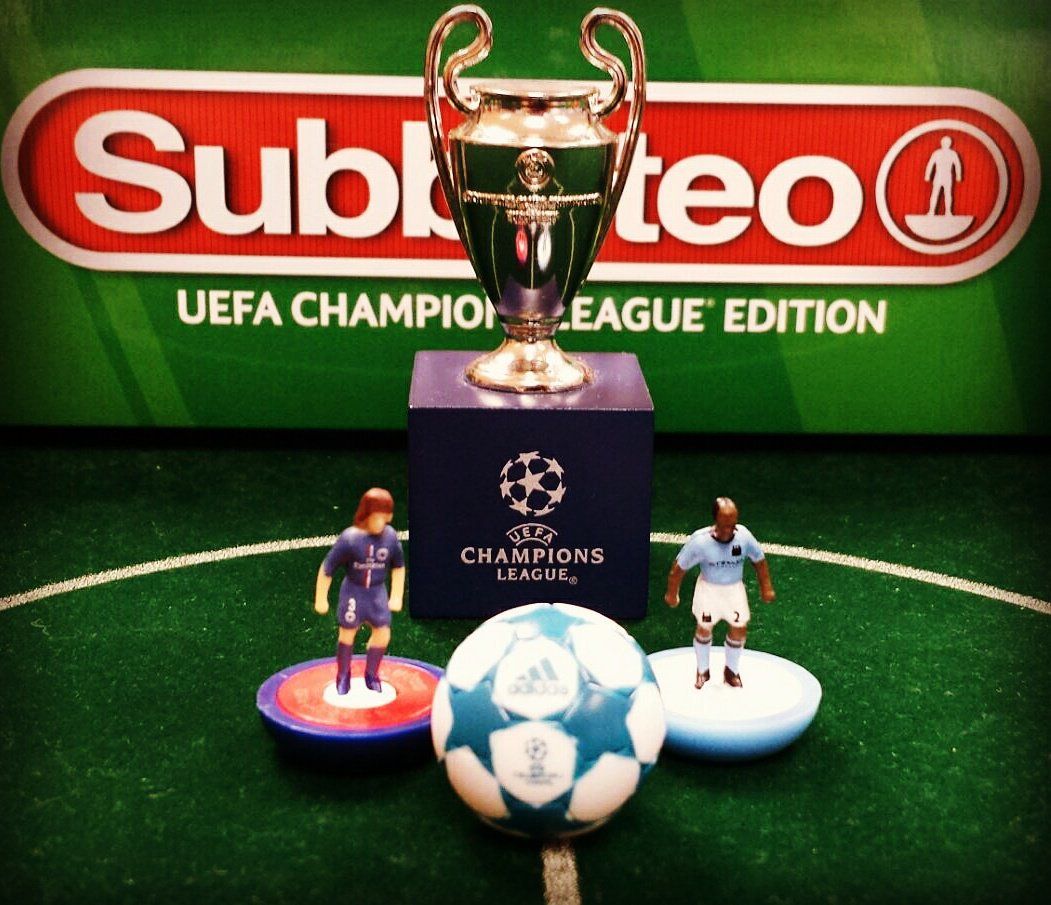 The Champions League is back and that means sponsors fans will be eagerly waiting for the group stages.

At Subbuteo.Online we love a bit of Champions League action, not least because it allows us to see a lot of the more obscure Subbuteo teams in action on Europe’s biggest stage.

From Eintracht Frankfurt coming up against the ridiculous attack of 1950s Real Madrid to Steaua Bucharest’s shock 1980s victory, we love an underdog.

And it seems Subbuteo does too. The game created a host of teams based on their European Cup exploits and it resulted in some of the more collectable team sets around.

To celebrate this year’s tournament we have done a tricky Subbuteo quiz based on some of those teams. Enjoy.