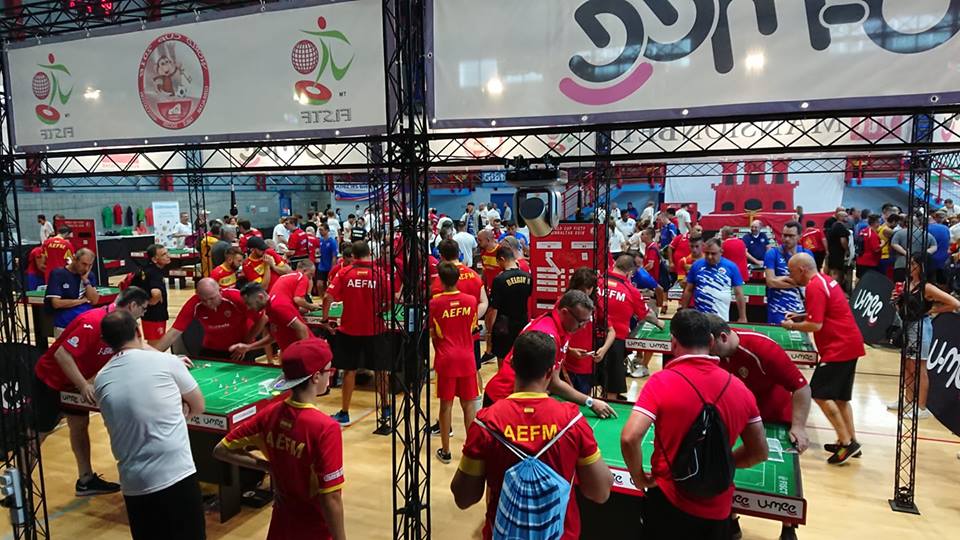 His flick to put himself 2-1 was not just one of the most dramatic moments in the World Cup in Gibraltar – but also represented an incredible piece of Subbuteo history for the USA.

It was the first time a USA player had reached a World Cup semi-final and the joy on the face of Christian was clear to see.

He went on to lose narrowly to Belgian runner up Justin Leroy but it left the American Subbuteo Association delighted with the exploits of its star man.

However, it was not just Christian making history. Together with Peter Alegri, Paul O’Donovan Rossa and Daniel Cranston led USA to a first ever knockout round appearance in the tournament.

The team were narrowly beaten 2-1 by Belgium before recording a thumping 3-0 victory over Australia and a 2-1 win over Germany to secure a place in the knockout rounds for the first time in their history.

They were eventually beaten 4-0 by Spain but the players will be richer for the tournament experience and USA is now one of the nations to watch in two years’ time.

The American Subbuteo Assocation said: “EVERYONE associated with the ASA is extremely proud of the accomplishment Team USA achieved at this world cup. For the first time in history, progressed to the knockout phase and earned a quarterfinal appearance.