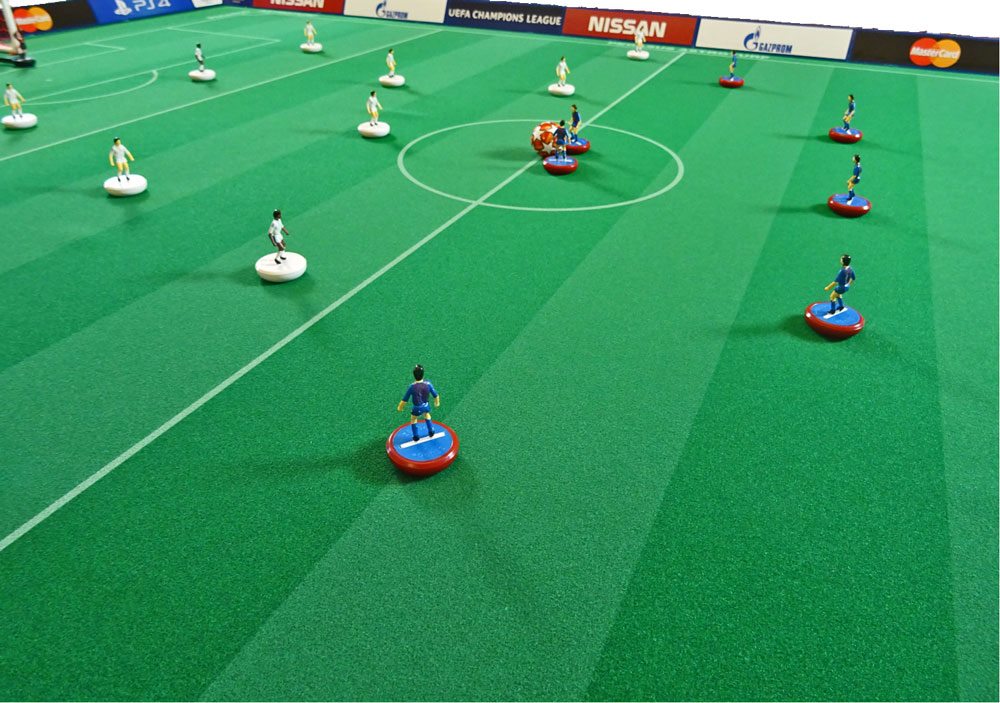 A new Subbuteo pitch has been released and the makers say it is the best surface ever made for the flicking game.

SubbuteoWorld, which hosts the UK Subbuteo Fair, has launched the first ever Subbuteo pitch with horizontal stripes to mirror the patterned grass seen at many Premier League, Football League and European grounds. The lines will no doubt make the pitch popular with collectors who want a more authentic look for their stadiums.

However, SubbuteoWorld also says the pitch is designed to be played on and has shorter fibres to speed up the game compared to current pitches. A more important change – and probably a more controversial one – is that the shooting line has been pushed back to allow shots to come in from further away.

In theory this will mean more long-range goals and fewer passing moves on Subbuteo games on the new pitch, which also includes extensions at either end to allow newer goals to fit on the surface.

The astroturf style pitch – the most popular with Subbuteo players because they are faster to play on and do not need to be ironed – comes in a tube and can be rolled out onto a hard surface without creasing or the need to flatten it out. However, it is not suitable for carpeted, tiled or wooden floors so you will need a dedicated playing table set up.

SubbuteoWorld says the pitch is the best playing surface you will ever buy and if you do choose to take the plunge it will not come cheap. The new, improved Pegasus pitch costs £54.99 before postage. You can get one here.