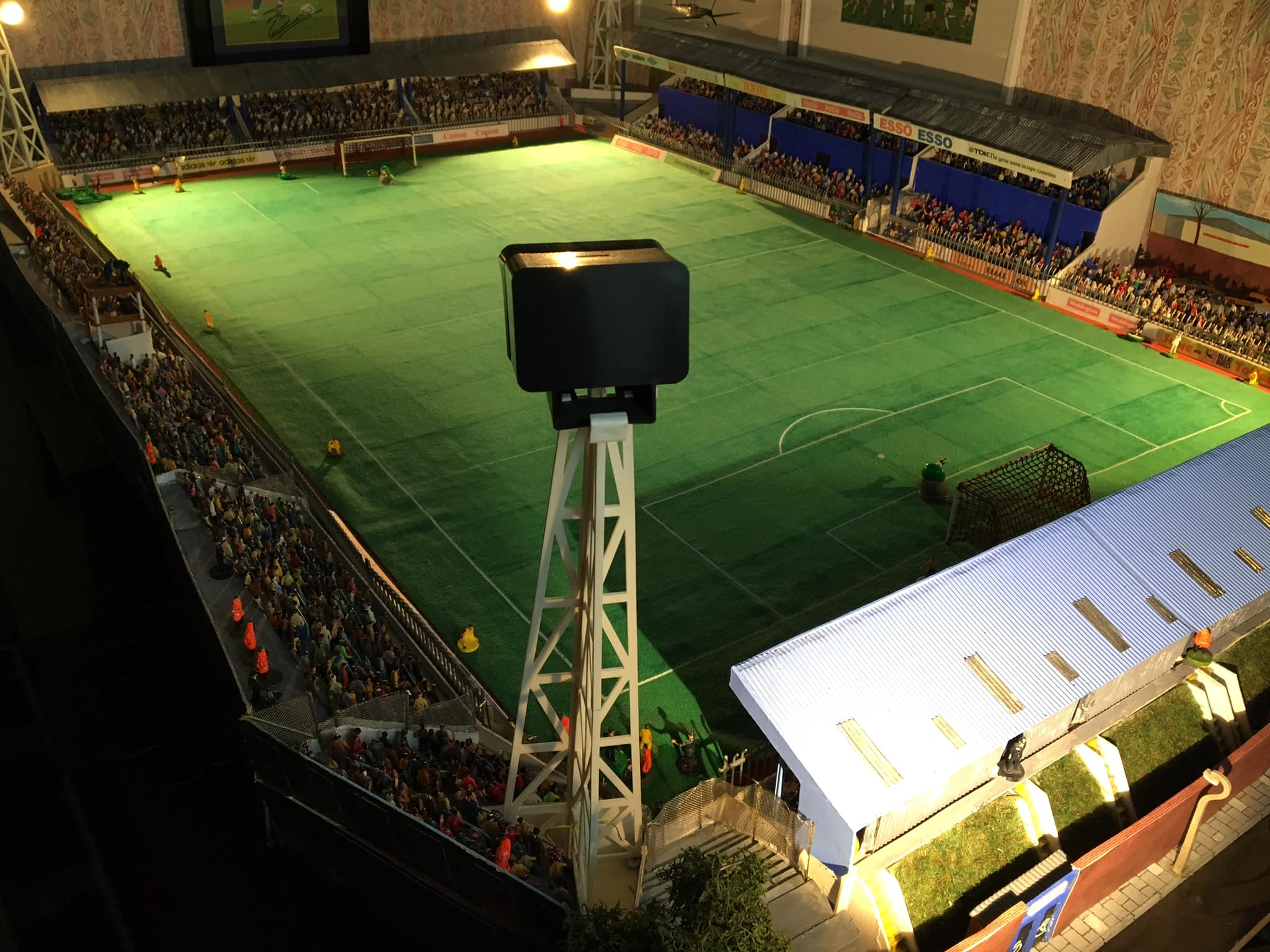 The Subbuteo Cup 2020 second round preview

The Subbuteo Cup 2020 first round saw 32 players from around the world flick to kick on Saturday.

There were thrills, there were spills and there were some severe wrist sprains from trying to live blog 30-odd Subbuteo matches simultaneously.

The second round sees a handful of new players and 16 games and it all kicks off at 3pm on Saturday 11 April.

Both clubs won a thriller in the first round to get here. Union Berlin beat Norwich 3-2 with a last minute winner, while Chelsea defeated Blackpool 5-3. Ironically the teams will now play in Blackpool as Steve Lucas’ Stadio Deluka welcomes the teams

Sampdoria’s late win over Barcelona means they set up a tie with Athletic Bilbao, who beat Birmingham 2-1 to set up this second round tie.It will be played at Wade Moreton’s Selhurst Canalside Park stadium. His last round game was Chelsea 5-3 win, so expect goals here.

B36 are a Faroe Islands team who stunned Crystal Palace to set up a tie with Rangers. The Glasgow club knocked out Brighton in round one.

Aston Villa knocked out Coventry in a low-key affair, while AC Milan knocked out a spirited Cheltenham Town in the first round.

New player Gary Gladwell takes on the tie of the round when it comes to stunning Subbuteo kits. Rovers knocked out AFC Wimbledon in the first round 2-1, while Monchengladbach beat Swansea 3-2 to progress.

Leicester City left it late against non-league Kidsgrove to secure a second round place, while Club Independiente knocked out Mexican side Guadalajara to progress. They are the only South American side in the tournament this year.

It’s the battle of the Mersey-slayers as West Brom knocked out Liverpool and Leyton Orient shocked Everton to set up a second round tie.

Luton beat QPR at the stunning Goldstone Ground to set up a glamour tie against Juventus. The Italian side beat Fiorentina to secure a place in the second round draw.

Leeds beat Celtic 2-1 in the first round in a match taking place in Florida thanks to Chris from Garage Soccer. Meanwhile, Burnley squeaked past Partick Thistle.

Player Stephen Goreman previously completed the Villa vs Coventry game so this could be a low scorer.

Wolves beat Ipswich 1-0 in a tight game to set up a tie against Huddersfield, who survived a late Dundee United rally to win 4-3 in Kev’s Australian arena.

Wycombe caused one of the shocks of the first round by beating Arsenal 2-1 while Nottingham Forest avoided their own upset by beating Maidstone United. This tie is notable for taking place in Italy. Gabrielle Maffei’s stadium is superb and he becomes our first ever Italian player.

Tranmere probably have the strangest cup run so far. After knocking out Forfar Athletic in a first round goal fest, they now face New Zealand’s Wellington Phoenix in the second round. The Nix beat Eastbourne to progress.

Newcastle are in the second round! They beat PAOK at home on penalties to book a second round place against Racing De Santander. The Spanish side beat Eintracht Frankfurt to secure a spot at Dave Mac’s beautiful winter pitch.

Rowland Lyon’s impressive Le Stade 2020 will host Parma against Aberdeen, who knocked out Manchester United on Flick for Kicks beautiful seven-a-side pitches in the first round.