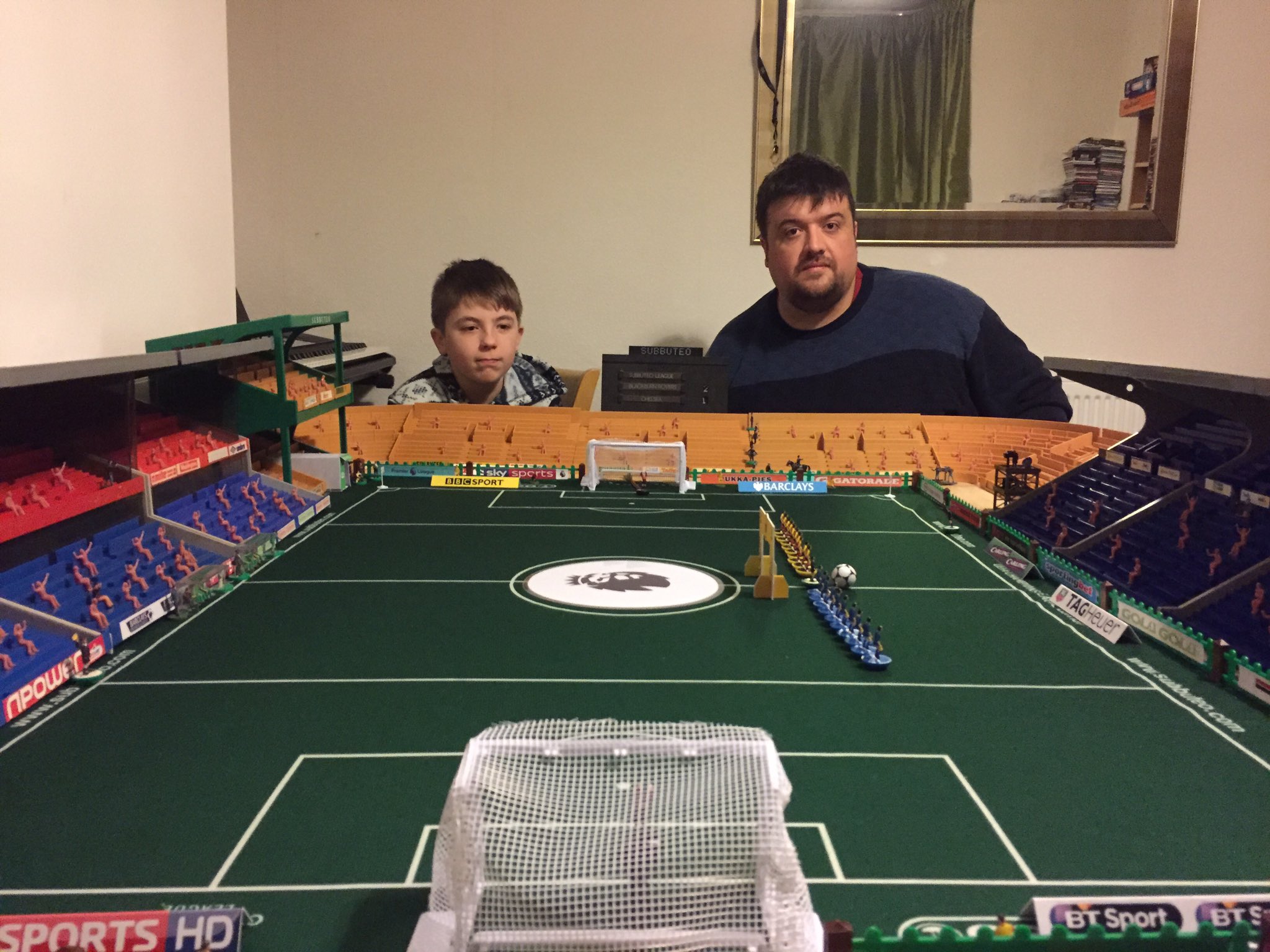 A Subbuteo fan has finally completed the Subbuteo stadium he dreamed about as a child – and it has caught the imagination of the internet.

Neil kindly shared pictures of a spectacular full Subbuteo stadium complete with four sides of stands on social media platform Twitter and it seemed to touch a nerve with hundreds of lapsed Subbuteo fans who had dreamed of the same thing.

The Tweet generated over two and a half thousand likes and hundreds of retweets thanks to the spectacular design. So we caught up with Neil to talk about the inspiration behind the stadium.

“I collected Subbuteo as a kid and I had lots of the lightweight teams from the early premiership years,” explains Neil.

“I grew up watching Stoke City but my favourite teams were the Norwich Canary home kit 93/94 and the Blackburn League Championship away kit in 94/95. But I started to tire of modern football a few years ago and gravitate towards traditional football (terracing, bovril, decent atmosphere, tough tackling). I’ve been supporting Kidsgrove Athletic religiously since.”

It was this break from top level football that inspired him to think about other football-related activities.

“I started to reminisce about Subbuteo and ended up digging my old collection out of loft. My 12 year old son was absolutely fascinated by it and amazed by the scale and detail of products. I’ve always dreamt of owning a complete stadium as a kid so me and my son vowed to build one about nine months ago. I’ve been buying pieces on the cheap from eBay.

“We wanted the stadium to look imperfect like a 100 year old ground that’s been altered at various stages across the years and we liked the idea of having restricted views and stands that are a mix of old, modern, complete and incomplete.”

The stadium already has a name but it is not actually finished. Neil says: “We named the stadium Smithfield after our surname. I plan to add more detail (painted fans, clear segregation, turnstile boards, floodlights, flags, etc).”

And as for the online reaction? He says: “I’m amazed by the positive response on Twitter. My son couldn’t reach centre circle when we played the first game, so now we remove the Zeugo grandstand and replace it with homemade wooden non league stand during matches.”

Thanks to Neil for talking us through his impressive stadium build. You can follow him on Twitter here.