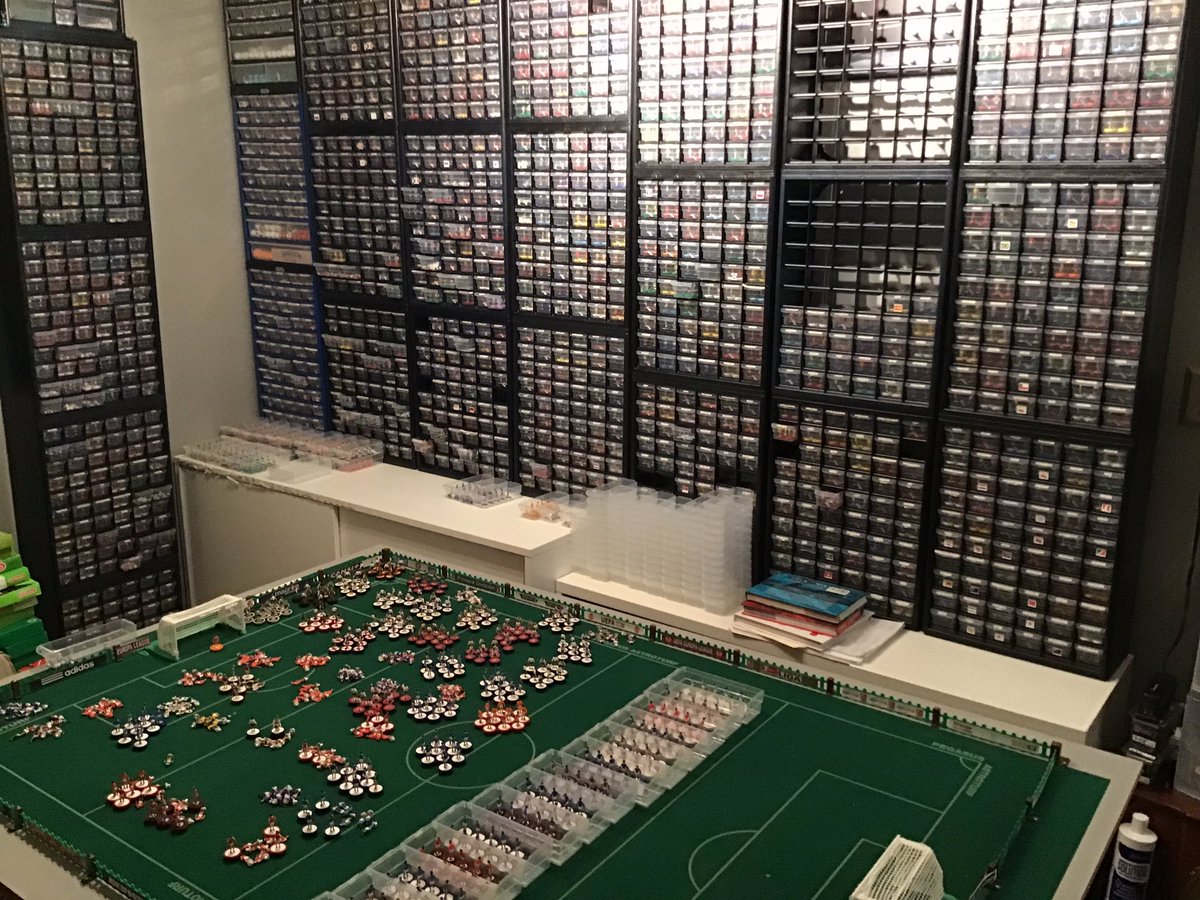 The incredible pictures of a vast Subbuteo collection is owned by Canadian Hammer, who kindly shared it with us. The rows of boxes look impressive enough on their own – but wait until you hear about the organisation involved in this collection.

The collection is made up of 1,500 Subbuteo teams with about 80% coming from the lightweight era dating from around 1981 to the present day. There are a few heavyweight teams from previous years and a some custom teams mixed in to ensure all teams are covered.

He says: “Yes, there are about 1500 teams, and they are organised by leagues and country (example Premier League, Championship, League 1, 2) The international teams are organized by region. Some clubs represent teams in many different leagues (the Liverpool kits as example, are many red teams).”

That means every summer the teams are shifted around depending on who has been promoted and relegated in each league. That would be a big enough task on its own but there is an extra, more fiddly job that also needs to be done.

He explains: ” I just won a lot of 90 teams on eBay, so a lot will be updated in the coming weeks. Another odd quirk is that I like playing with Hasbro bases, so the vast majority of teams in the top leagues and the best International teams have Hasbro bases. This is a lot of work, because as teams are promoted all the kits get hasbro’s, and if relegated, they go back to old traditional bases. A lot of work and sometimes pain (the odd break!).”

Is the collection set to grow in future? Plans are already in place: ” I have a few custom painters who make teams for me, I joke some months I pay their mortgage! Also, I have bags and bags of spares- organised by colour, I recently organised teams with it least 5 players, there are over 200 of these in bags. I wish I could complete a few of the really rare ones!”

Thanks to Canadian Hammer for a look at the collection. While we’re jealous of the scale of it, we’re certainly not jealous of the massive reorganisation job taking place this summer.

He has promised more pictures when it’s all done. We can’t wait!