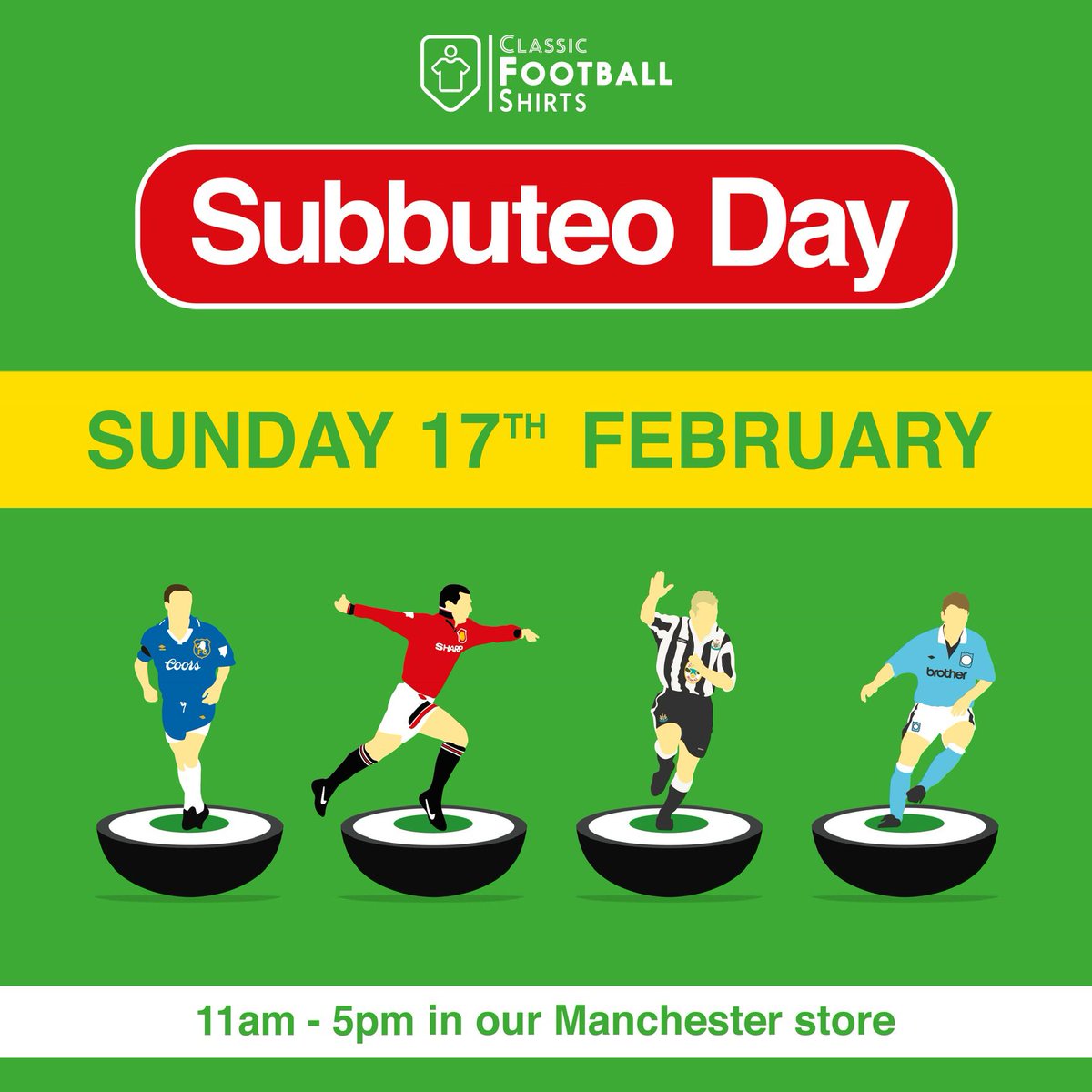 Get out the Coventry Talbot shirt, put an iron on your 1994 Fortuna Dusseldorf top and scour eBay for a 1992 Denmark jersey – because retro football shirts are cool again.

Which is good news for Subbuteo fans because for one day only you can play the beautiful game in retro football shirt heaven.

You will have heard of Classic Football Shirts by now. Founded by two friends with their student loan it has now grown into a nostalgic behemoth with over 50,000 shirts (some of them match worn) and pop up shops in London and Manchester.

The company does very good things. From FIFA tournaments to brilliant videos of footballers talking about their career shirts. It’s safe to say we’re big fans.

It is the Manchester store in trendy Deansgate that is hosting two tables of Subbuteo for a special day of flicking action on Sunday 17 February. The organisers promises Subbuteo in store as well as plenty of memorabilia and enough retro shirts to satisfy the nerdiest of football fans.

Taking place from 11am to 5pm, the Subbuteo Day is the first of its kind in the store and promises to be a top event.

Retro shirts and Subbuteo go hand-in-hand. Subbuteo collectors have an almost encyclopedic knowledge of kits used by teams from the 1950s onwards, while unusual and rarer kits are in high demand in the Subbuteo community. With modern collectors even painting their own favourites a trip to Classic Football Shirts is bound to provide inspiration in between flicking action.

They have even designed a superb event poster featuring iconic players as Subbuteo stars.

And if you’re travelling to Manchester from elsewhere in the UK make sure you pop in the National Football Museum. Not only does it have some Subbuteo on display it also sells the modern stuff in the shop.