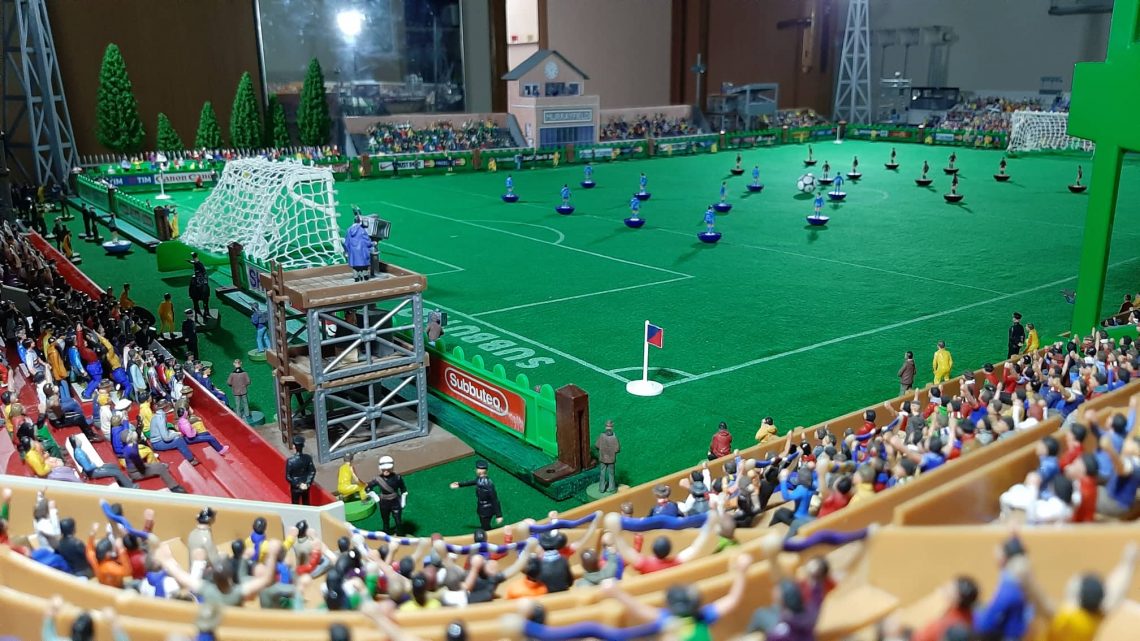 If you are in lockdown and own a Subbuteo set, or if you are involved in a football club at any level around the world we need your help.

We want to launch a Subbuteo Cup while we are all at home and we hope it will be a huge Subbuteo event to help us pass the time and bring the community together.

We’re teaming up with Sporting Loft, the Subbuteo Revival Facebook Group and anybody else who wants to be in the organising committee for the tournament. If you want to help run this please get in touch.

It is loosely based on the successful Subbuteo league being run in Italy at the moment.

Here is what you need to know and how you can help.

The plan is to have a 64-team cup competition on a straight knockout basis. We want 64 clubs to enter. They can be any club from Premier League to Non League, and those from other countries are welcome too. As long as they are affiliated with an FA then you can enter.

Once we have 64 teams we will draw the first round of fixtures. These will be posted on Subbuteo.Online and any other participating website and social media.

A group of Subbuteo players will then play the fixtures at their homes. This can be solo games (playing against yourself) or against somebody you are at home with.

We will then record the scores and the winner will go through to the next round.

We have already chosen a spectacular venue for the final.

How are the games played?

Once the draw takes place the participating players can claim as few or as many games as they wish to play.

To play the games they can either play solo or against somebody in their home. Games can last as long as you wish (although we recommend halves of 10 minutes each).

Players will then share the result and the winning team will go through to the next round. Players will not be able to play as their chosen team to ensure we do not get bias in the results.

If you are a football team and want your name entered into the cup please get in touch at subbuteoonline@gmail.com or via our Twitter.

We also need players. You will need a Subbuteo pitch, ball, two teams and goals. It doesn’t matter if you don’t have the kit colours of every team in the tournament – we can use our imagination for that.

We need players to be honest and impartial – just play the games to whatever Subbuteo rules you usually play with and simply report the result to us. If you have pictures and videos of the action – even better!

Any ability or experience is fine. You can have a full Subbuteo stadium or an un-ironed pitched on a carpet. This is all about just getting involved.

It is hoped we can kick off at 3pm on Saturday 4 April – but we can be flexible on kickoff times to accomodate everybody who wants to play.

Once again, if you want to play get in touch via subbuteoonline@gmail.com or via our Twitter.

As we get to the quarter finals and semi finals a committee will choose which players will get to play the games.

All of this will end with a single team that is the inaugural winner of the Subbuteo Cup 2020.

If it is successful we’re hoping to do a league at a later date.

We are hoping to do some fun stuff for the draws and the match reporting. Hopefully this can be a fun event that generates some media interest in Subbuteo.

We’ll run regular features on people’s ‘grounds’ and the players, as well as fixtures and draws. It could be a fun way for you and your families to be involved in a one-of-kind sport event during lockdown.

If you can help in any way, from playing, to organising, to helping us publicise this event please let me know.