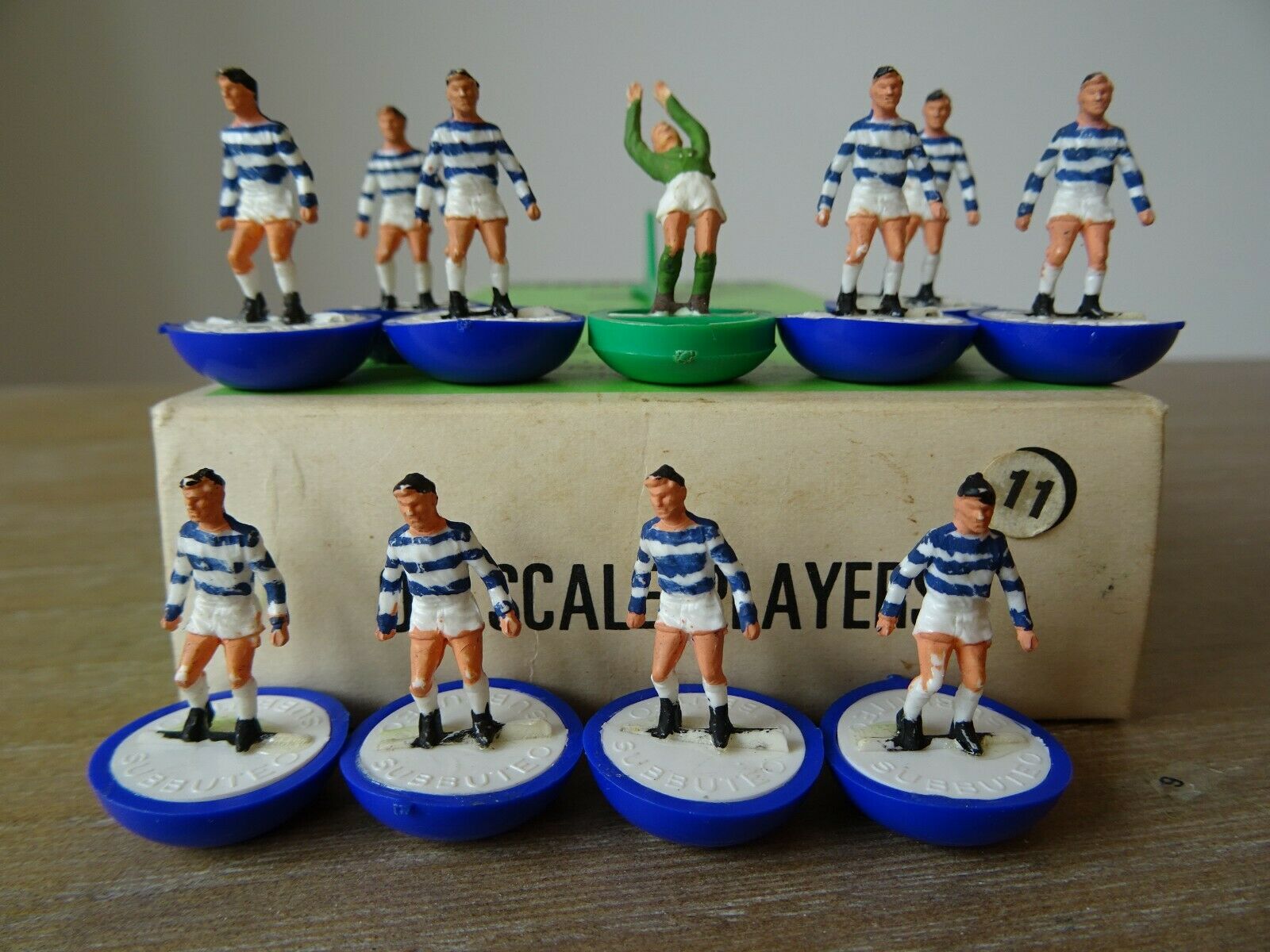 El Plastico: Why QPR and Brentford is the Subbuteo Derby

It is the question which has remained unanswered for nearly 75 years… mainly because nobody actually asked. Until now.

If like me you have been kept awake at night wondering which two clubs can legitimately claim to be the Subbuteo Derby then wonder no longer, because we think we’ve cracked the case.

Football is full of amazing derby match ups, from the quite frankly mental Eternal Derby in Belgrade to the geographically-dubious El Clasico in Spain.

As a bit of a thought experiment we decided to take a look at which two teams can claim to be El Plastico, the Subbuteo-themed version of a derby out there in the real world.

At first we thought it may be the Merseyside Derby given the red and blue kits of the participating teams. Red and blue Subbuteo teams are reference numbers one and two respectively and appear in most starter sets.

But that doesn’t work. The white shorts are not Liverpool’s colours, while Everton’s socks should be white.

Leicester and Nottingham Forest are probably closer in terms of colours but that is where the link to Subbuteo ends.

An argument can be made for Tonbridge Wells FC and Tonbridge Angels, two teams from the home of the original Subbuteo factory. Except they are several divisions apart and are unlikely to actually play each other outside friendlies.

A quick dip into the history of the game provides the perfect answer – Brentford and QPR.

They are two historic clubs in the upper reaches of English football. Both have interesting kits and they are geographically close. But there is more to it than that.

El Plastico makes sense here because Subbuteo founder Peter Adolph actually played youth football for Brentford. Raised as a Brentford fan it is probably Griffin Park that inspired the young man to fall in love with the game that inspired Subbuteo.

Why QPR as the other team? We’ll let the Brentford match day programme from a few years ago explain:

“Whilst still at school during the winter of 1932/33 he was also picked out as a footballer with some potential by the Brentford scouts of the day and invited to Griffin Park for a trial which he duly accepted. He played a couple of games for the reserves but didn’t make sufficient enough impression to be offered a contract and was let go by the Club.

“His best friend at the time knew Peter was disappointed by his rejection by the Bees and played upon his obvious bitterness to cajole him into watching the team he supported just down the road, a side called Queens Park Rangers.”

Peter remained a QPR fan for life and in his son’s book, Growing Up With Subbuteo, he was often described as choosing QPR as his team of choice in Subbuteo tournaments.

This makes sense given QPR is a team that has had a number of Subbuteo references made through the years. QPR’s hoops was one of the earliest Subbuteo teams (reference 011) and then a more accurate version was created for reference 215.

In the mid-1980s Subbuteo continued to focus on QPR kits with the stunning reference 500, which included nice red trim on the traditional blue and white stripes. A second kit with red trim was released a year later as reference 626.

Another QPR kit was produced for the Premier League era in 1996 (reference 666). This, coupled with a red and white halved away kit (85) makes QPR one of the teams with the most dedicated Subbuteo kits.

Brentford did not get as many kits, using reference 009 for several years before getting a newer version (440) that they shared with Exeter City and Atletico Bilbao.

In the 1980s Brentford got their own kit for the first time. A smart-looking reference 517.

So, whenever Brentford and QPR face up we think it needs to be called El Plastico – the Subbuteo Derby that exists because the founder of the game loved both clubs at stages in his life.