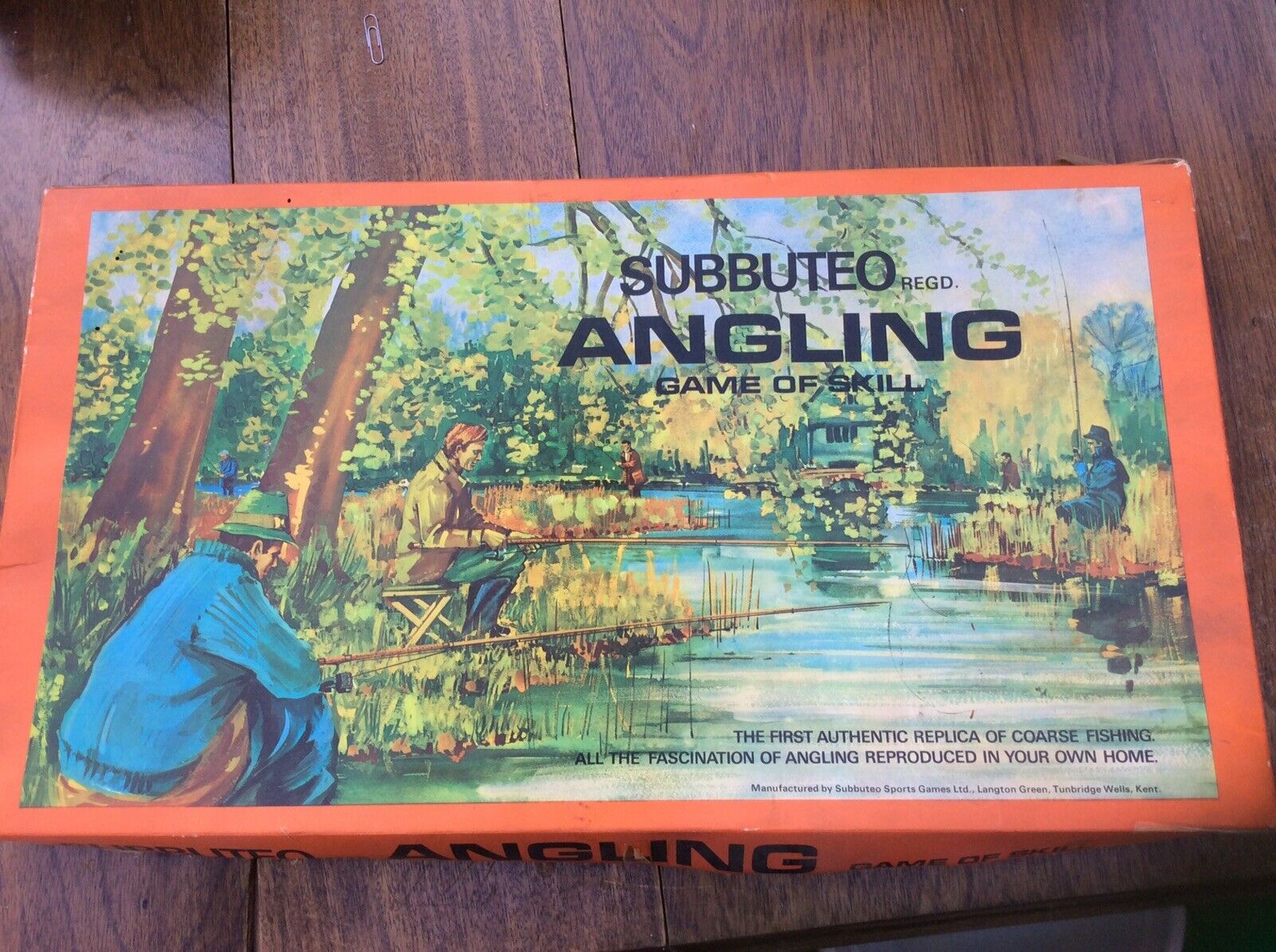 Subbuteo Angling is one of those strange extra games the makers of the table top football game produced in the 1970s.

A sort of hybrid Monopoly fishing game, it was never the most popular in the Subbuteo range but that means box sets are fairly rare.

According to Subbuteo historian Peter Upton: ”  It’s Subbuteo’s crack at a more standard board game, and dates from the early 1970s.

” The playing pieces are well designed, with the fishermen being chunky and having separate rods provided (although in some ways it’s a shame they are not OO scale).

“Occasionally, the ball-bearing gets stuck inside the dicer, and I’m not convinced it is as random as using dice would be. The Angling box states “a game of skill. no dice. no magnets” which is a bit of a fib, seeing as the dicer does exactly the same job as a twelve sided dice. “

The game featured on an episode of Bob Mortimer and Paul Whitehouse’s excellent Gone Fishing series and it led to an explosion in interest online.

Interestingly, a woodworm-eaten version of the game was listed on eBay for a low amount of just £10 buy it now. However, the savvy seller quickly relisted it and bids came flowing in once the programme aired in the UK.

Within minutes the seller had hooked over 20 bids with the price rising to over £50 at the time of writing.

You can see the listing here, with over nine days left for that price to creep even higher.

Given good condition sets are listed on Subbuteo World for £90 it may not be a case of buyers paying over the odds because of the TV programme.

However, recent eBay sales have seen the game going for less than £20.

As a Subbuteo rarity the price does fluctuate – and looks like sellers are in the money at the moment thanks to a couple of comedians and the power of TV.