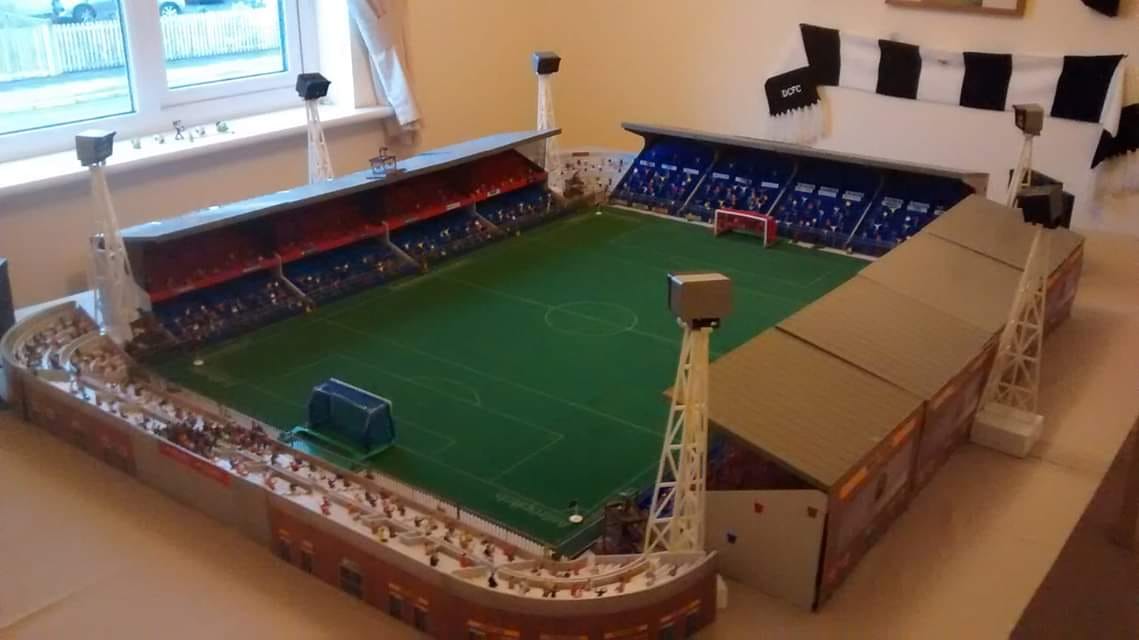 This classic Subbuteo stadium is a child’s dream build

Every child who played Subbuteo had one dream when playing the game as a youngster – to own and build their own Subbuteo stadium.

Most players wanted four sides of stands looming over the Subbuteo pitch and many players and collectors today have decided to fulfil that childhood dream.

Previously on Subbuteo.Online we have featured some stunning home-made Subbuteo stadiums like the Goodison Park replica, or even the handmade colossus that is Van Der Brus’ beautiful three-tier Subbuteo stadium.

But despite the many unique stadiums in the world there is something classic about a Subbuteo stadium built using some of the original grandstands, floodlights and some of the more modern stands made by Italian company Zuego.

That is exactly what Derby County fan Brett shared with us recently. A prolific stadium builder using almost entirely original Subbuteo, his creations are the dream many of us had as young players and they look amazing.

His latest stadium features stands on all sides with a nice mix of old-style terracing including corner sections, the red and blue grandstands sold in the 1980s and 1990s and the more modern single-tier stands sold today.

Classic Subbuteo floodlights may not be bright enough to play a game in the dark but they add a typical retro feel to the ground.

We love the little touches in this stadium including the TV tower tucked away in the corners, the printed backing on the stands and the blue and red-netted goals to complement the grandstands.

It may not be ideal when you want to play a game but it is one of the finest Subbuteo stadiums made with original stands we have seen. Great work Brett.