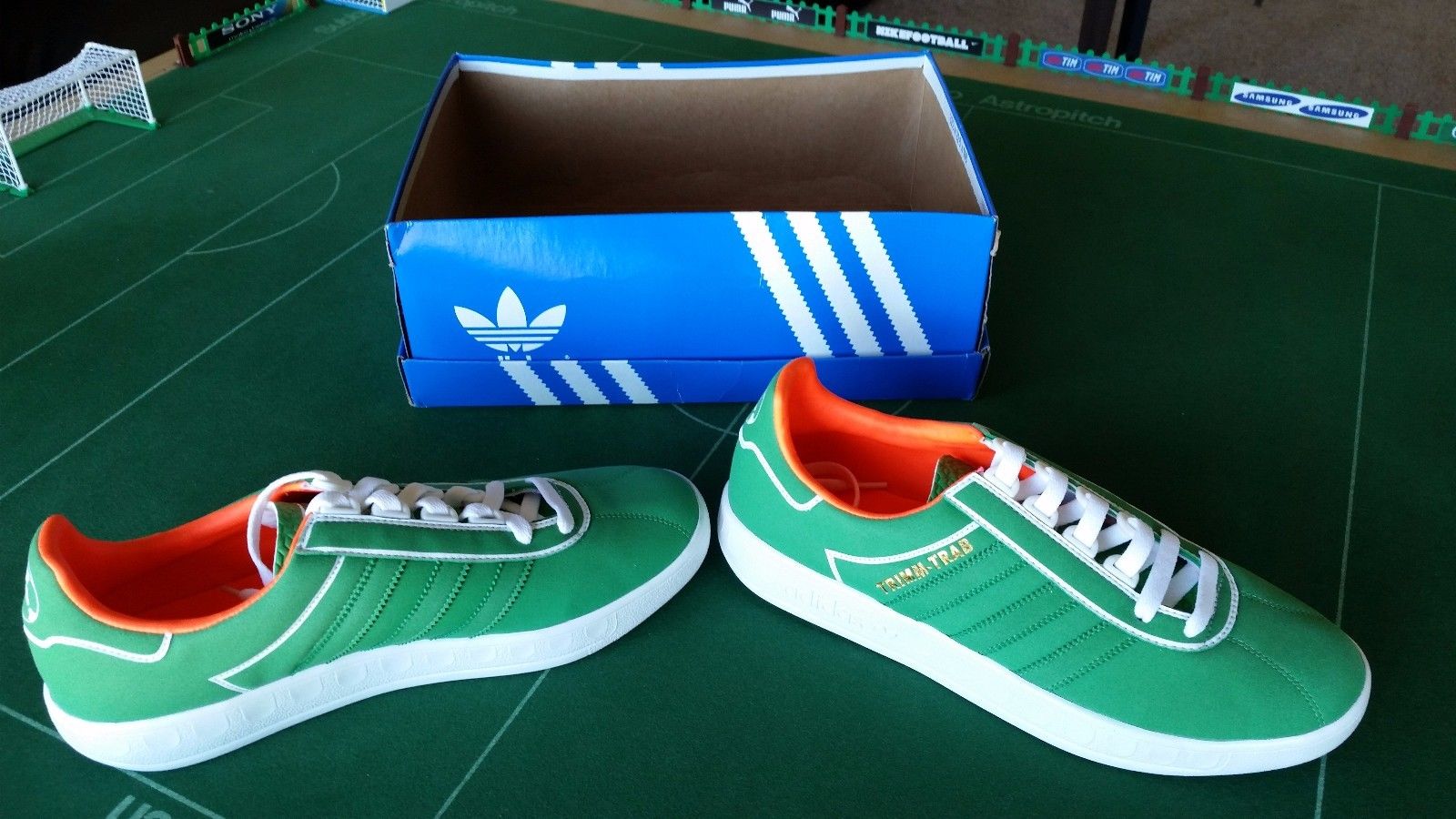 The Adidas Trimm Trab trainers launched in the 1970s became an essential part of football culture for several decades.

Any football fan of a certain age will recognise the timeless silhouette of the trainers, which usually feature a sold block of colour, the three Adidas stripes and a thick white sole. Fans of the Merseyside clubs will be particularly familiar as they wore the trainers all across Europe in the late 1970s and 1980s.

Why is a site about Subbuteo talking about trainers? Because a new Twitter account launched this week dedicated to trainers brought something very interesting to our attention.

A couple of years ago Adidas brought back the famous Trimm Trab name and design with a series of special edition trainers called the Adi Games pack – and one of them is the Adidas Trimm Trab Subbuteo.

A big favourite of mine, forget the Ardwicks, AS’s etc. A pair of Trimm Trabb Subbuteo pic.twitter.com/LxHoZhEq3D

The limited edition trainers are designed to look like the famous green Subbuteo pitch and the lines resemble pitch markings on the classic baize. There orange interior add a splash of colour, while a football logo at the back is probably about the same size of a Subbuteo ball.

There is one more special treat that came with the Adidas Trimm Trab Subbuteo. The trainers came with a small Adidas box housing three special edition Subbuteo Adidas balls. This is an accessory that was only sold with the trainers and is now extremely rare.

The Adidas Trim Trab Subbuteo trainers are available for around £90 on auction sites – but it is those special edition balls that many fans of the game will be desperate to get their hands on.