The good thing about Subbuteo is that even though new teams are no longer being produced there are still people doing their own.

We see a lot of self-painted Subbuteo teams. Some are very good and some are a bit amateurish – but as long as they are painted with love they usually bring a smile to people’s faces.

Ian’s collection definitely falls into the ‘very good’ category. The Subbuteo fan and collector is also a fan of the beautiful range of Admiral football kits and has painted a huge selection of them in incredible detail.

The company has a special place in the heart of football fans. After starting out as a maker of Nun’s underwear (honestly) the brand approached Don Revie’s Leeds United and agreed a deal to produce their kits. They then followed it up with a deal to produce England’s shirts and the classic 1982 kit – also a classic in Subbuteo collections – soon followed.

There’s even a recent documentary about the impact Admiral kits had on the world. It was screened on ITV and is well worth a watch.

Author John Devlin told ITV: “I think really the mid-’70s was Admiral’s baroque period if you like, it was just so lavish, so flamboyant. And there was an arrogance, there was a swagger, you’ve got collars, logo taping, stripes, sashes, yokes – West Ham’s famous yoke – just the perfect accompaniment to ‘70s football.” 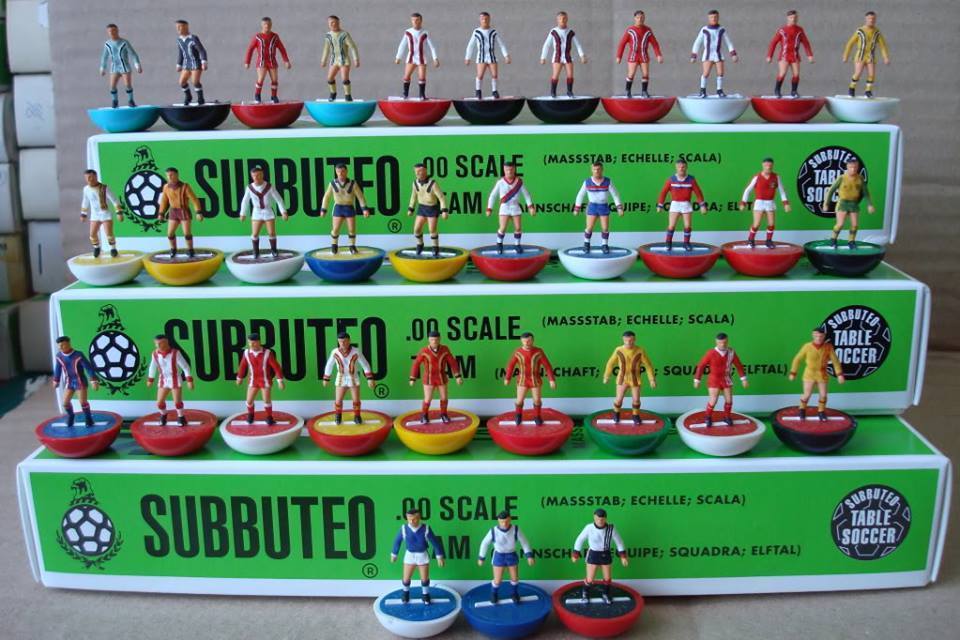 The kit was a byword for unique design and the likes of Coventry’s infamous brown shirt are a must for shirt collectors today.

You may also notice Leicester City on the bottom row alongside a lovely Manchester United second kit. We can also spot Eintracht Frankfurt, Leyton Orient and Motherwell in the mix. York’s famous Y-Front kit is included and we are reliably informed a couple of the kits are from Tulsa Roughnecks and Vancouver as a couple of the more exotic teams.

Thanks to Ian for sharing his Admiral Subbuteo collection.