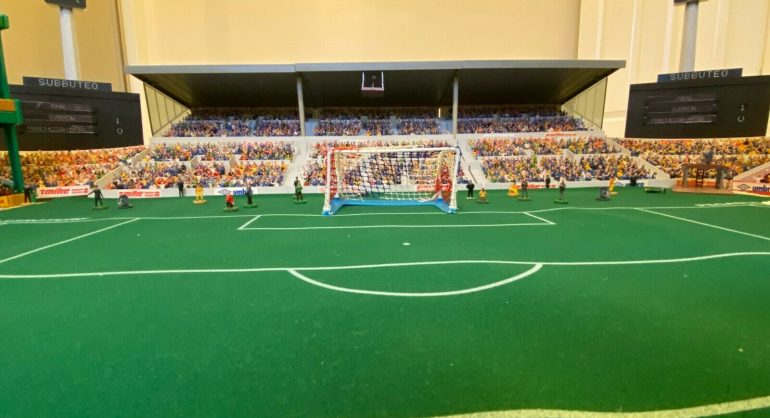 An entire Subbuteo stadium with 8,000 fans is on sale for a bargain price

Occasionally we come across a particularly interesting item and a complete stadium made up of three different type of stands, and filled with fans, is something quite unique.

The listing, which prices the whole lot at £750 is for pickup only in Neston and that may cause a few problems in the current lockdown situation but there may be plenty of takers.

That is because the ‘truly amazing’ Subbuteo stadium (according to the seller) has so much in the bundle.

It also looks like it has USA 94 goals at each end of the pitch.

It even comes with a VIP presentation box with the FA Cup – a rarity now because the flimsy, tiny trophy is usually long gone by the time the set appears on eBay.

The ready-made stadium is worth a lot more than £750 based on recent eBay prices and is perfect as a complete Subbuteo stadium for anybody with some cash to spare.

The seller says it is a “truly amazing Subbuteo stadium like no other” and says it has taken years to build. There is no note on why it is being sold but hopefully it ends up with somebody who will love it for years to come.