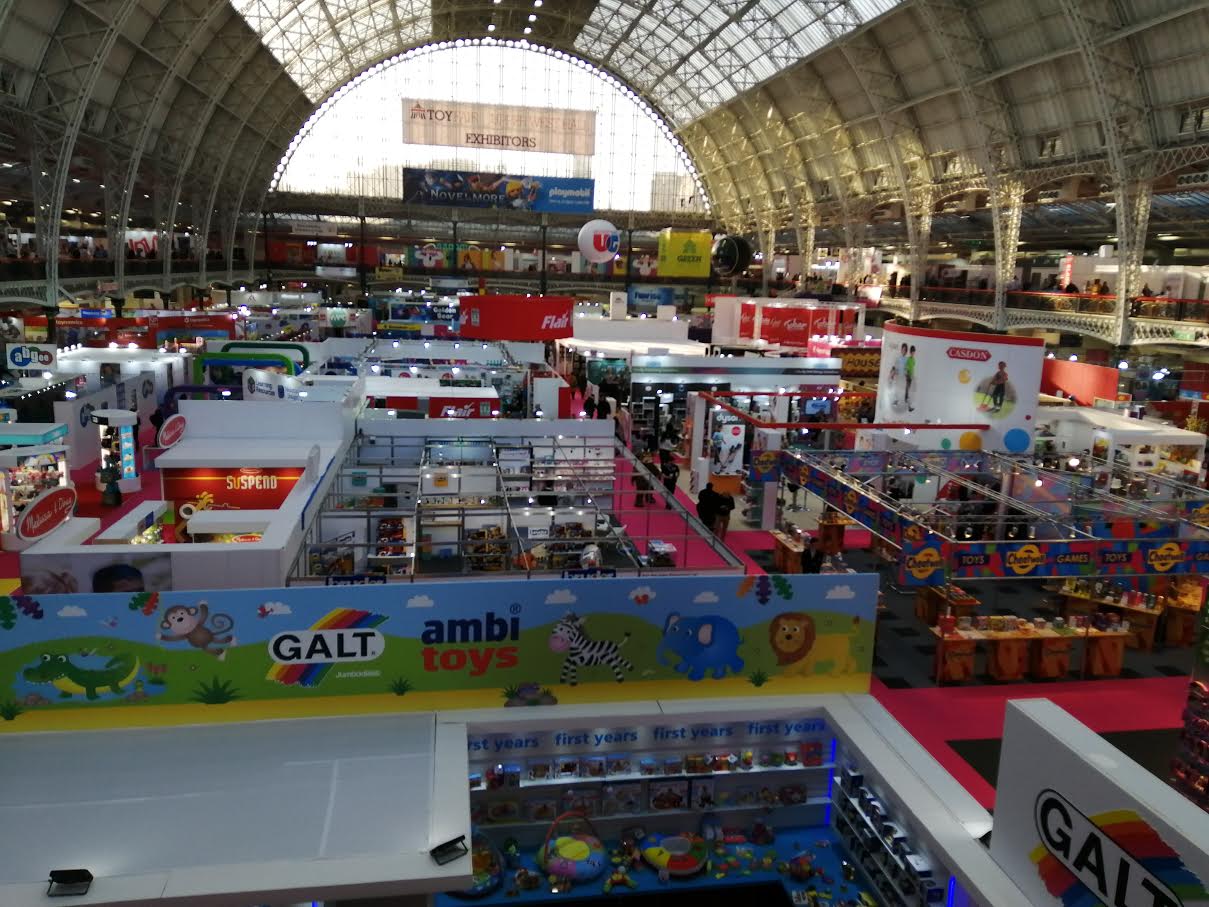 Are University Games and Subbuteo a match made in heaven?

That is the message flowing out of new custodians of the game here in the UK, University Games, which has merged with Paul Lamond and relaunched the game at the London Toy Fair.

You can find out more about the actual playsets here but it is safe to say they are an improvement on previous ‘new Subbuteo’ sets.

The sets are unlikely to excite older players and collectors as they are squarely aimed at the children’s market – but are there reasons to be cautiously optimistic for even the most old school Subbuteo fan?

We had a lengthy chat with the marketing team at University Games. In it there were a couple of hints that Subbuteo could be bigger and better than previous years – but only time will really tell if this is a new dawn or a false start.

First of all University Games have shown they understand marketing. The launch is being looked after by both an in-house marketing expert and an external agency.

At the London Toy Fair the stand was large and dead-centre, with a giant balloon guiding people to them. In that stand Subbuteo was the first thing you saw with a two-sided display and full table set up luring people in.

The team behind the relaunch – and this is a soft relaunch given there are two new box sets and plenty of stock from previous Paul Lamond sets – seem passionate and confident and I am reliably informed somebody involved in University Games was a Subbuteo fan and player as a child.

The big negative is that Hasbro’s stand was in a different section altogether and made no mention of Subbuteo. It seems they are keen to have nothing to do with the game they ultimately own.

On the other end of the scale, the real positives to come out of the launch were in terms of stockists. University Games want Subbuteo to be back on the high street.

The exact words were: “We want grandparents who played the game to be able to take their grandchildren into a shop and introduce them to Subbuteo.”

It’s an admirable goal and they have confirmed Argos will stock the game. However, they are in talks with other high street shops and are keen on getting new Subbuteo into independent shops – a place where they see a revival can really take hold. Reps across the country are working on getting the box sets and teams in front of people on our high street.

As an idea it seems to be the right way to go. Subbuteo is universally loved but is niche as a game people play. Tapping in to that independent culture would be a good move for the game short-term.

The only slight negative is that there is no news on new teams, whether they will be referenced (kids love collecting – just ask Panini) or if they will be licensed.

On the subject of licensing, University Games did not have any information on Subbuteo.

However, the company is a prolific licensee. They currently sell 3D build-your-own football grounds licensed from Manchester City, Real Madrid and more. When it comes to getting football licences they have already shown they are capable.

Other products such as Game of Thrones, Harry Potter and even the Beatles are all fully branded up and this experience can only be a positive.

With the company’s experience in this area, plus the licensed England box set I can see more interesting tie-ins taking place in future. Perhaps the Women’s Super League could be an interesting place to start.

We did point out licenses are not always essential – people still love the blank teams that operate as multiple clubs and that could be a way forward as long as they have references and a wide choice outside of the typical ‘red and white’ teams.

The Subbuteo advert was showing at the stand and while we are not allowed to show this yet, we can say it is a nice nod to the nostagic power of Subbuteo while focusing very much on how young people will love the game.

The advert will be launched in April and has a nice multi-generational message that I think sites well with the brand as it is today.

University Games is a company very much focused on board games for adults. Think university students and grown families – although they are keen to stress the games are not as controversial as the likes of Card Against Humanity.

Subbuteo is a table-top game and it fits nicely in the stable of products they sell. What interested us was how they really go all-in to market these games.

For example, dice game Perudo is a big winner for them and the success of the game has led to real-life events. Over 150 people gathered in London for the most recent Championships and the marketing team spoke of a passionate, fun night of gaming.

That is something that could easily be copied for Subbuteo and we talked about the growth of board gaming cafes across the UK.

A company with the Subbuteo license who knows how to take a board game often played in small family groups and create an active community with big events will be invaluable as Subbuteo grows.

What next for Subbuteo?

This may seem like an overly gushing article about what is essentially a slightly different new Subbuteo box set.

I don’t personally think the new sets are a patch on older Subbuteo but I do think they are a nice thing to own and a step in the right direction.

I was impressed by the enthusiasm for Subbuteo at University Games and the signs were that they were treating it as the halo brand in their stable of games. I also felt this was just a start – lots of people talked of being blown away by the reaction to the game.

That last point is essential – if this marketing campaign goes well it feels like the Subbuteo community can help to direct the future of our game. It will be a slow burner but we have a licensee who is willing to talk and willing to listen.

Subbuteo is back. Please don’t be a false dawn.