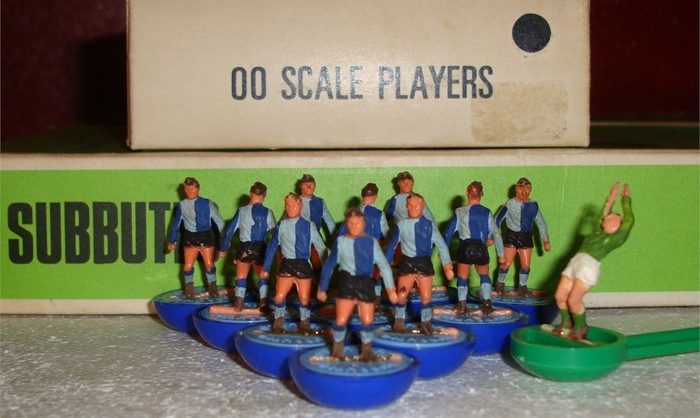 As I messed about on Twitter to avoid having to think about the Merseyside derby I saw the hashtag #boycottppv was trending and I think it’s clear fans are fed up with being milked for every last penny in a game awash with millions.

If you support a lower league club this will be nothing new. The current state of football is a worrying one for those concerned about the future of their clubs.

Alan Ellis, who worked for Subbuteo, told the Tunbridge Wells museum display about Subbuteo a nice story about the FA Cup.

“The week that happens the demand for the lower team – there’s no statistics to support it. All of a sudden everyone wants Watford, because Watford knocked out Manchester United out of the FA Cup. (Subbuteo) had to pay an awful lot for the Watford colours until the success stopped.”

It’s a great story and it is interesting to hear just how some of the team colours were decided on. It also shows that the rarer Subbuteo teams are obviously those that didn’t enjoy a 60s, 70s or 80s cup run!

It also got me thinking; Subbuteo has an amazing opportunity at the moment to start teaming up with lower league and non league clubs to produce special edition or limited edition official team sets. These could be sold in club stores and online and profits could go towards helping the club through the current tough times.

The result would be a huge surge in sales from fans of the clubs and collectors, as well as Subbuteo arriving once again in homes around the country. It could inspire children to learn more about the game and also help struggling clubs.