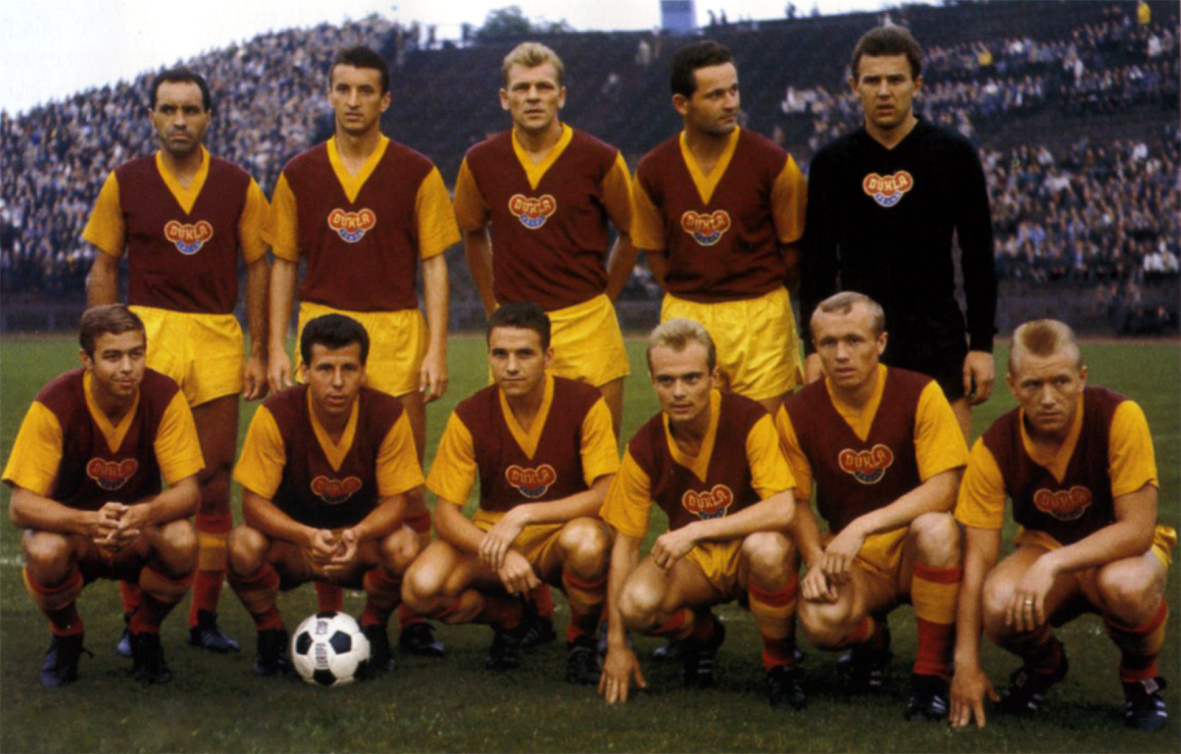 If you are interested in Subbuteo you should take a look at Youbutteo, a superb Subbuteo Youtube channel with lots of brilliant unboxing action.

Created by an avid Subbuteo collector the channel features a look at a vast Subbuteo collection and plenty of new arrivals from eBay, charity shop finds and other sources. You can follow him on Twitter here.

The latest episode is a particularly interesting one as it features one of the most iconic Subbuteo teams of all time – Dukla Prague. The Czech team, currently struggling down the bottom end of the top division, are intrinsically linked with Subbuteo thanks to their appearance in a song by Wirral band Half Man Half Biscuit.

In the song Dukla Prague featured heavily as the object of the singer’s desire. The immortal line ‘All I want for Christmas is a Dukla Prague away kit’ and talks about playing Subbuteo at a friend’s house.

But back to Youbutteo. In the video Stuart has bought four La Leggenda sides from Spanish shop We Are Games at a bargain price and they include Dukla Prague in maroon home kit. The yellow sleeves can confuse fans because the Dukla Prague away kit is a direct reverse of the home with yellow shirt and maroon sleeves.

Other teams in the set include Casale 1934 – a classic Italian team that won the title in the 1930s – as well as Cruziero 1976 from Brazil and Independiente from 1984.

As you can probably guess the La Leggenda range is a modern set of Subbuteo featuring classic club sides from history. Launched in the 2000s, it is a 150-strong range that proved to be popular in Italy and was made in enough numbers for it to be widely available now.

It has since been followed by the modern La Leggenda Platinum Edition, a new part work series based on classic heavyweight Subbuteo and featuring international teams ranging from England 1966 right up to Nigeria 2018.