A host of new Subbuteo teams have been revealed just weeks before they go on sale.

An Italian company is creating the only new Subbuteo teams currently being produced in the world and the latest teams have been revealed including some very famous kits.

Centaura in Italy has secured the rights to create 80 Subbuteo teams and it is currently walking its way through some of the greatest international teams in history and numbers 46 to 52 are a bit special.

The first, number 46, is Colombia’s World Cup side of 2014 and the detailed yellow kit is reminiscent of Golden Boot winner James Rodriguez.

Number 47 is even better. Northern Ireland’s Euro 2016 heroes have been produced and the green and dark blue shirt is a unique colour scheme for Northern Ireland Subbuteo teams.

Other highlights from the latest releases include England 1990 – a team that has already been produced in Subbuteo but gets a makeover for the new collection – as well as Holland’s 1998 World Cup side’s blue away shirt.

United Arab Emirates get their own team for the first time. Subbuteo has chosen 1990 for that set and the white and red shirt is a unique offering. Algeria 1982 and Spain 1994 complete the newly revealed sides. 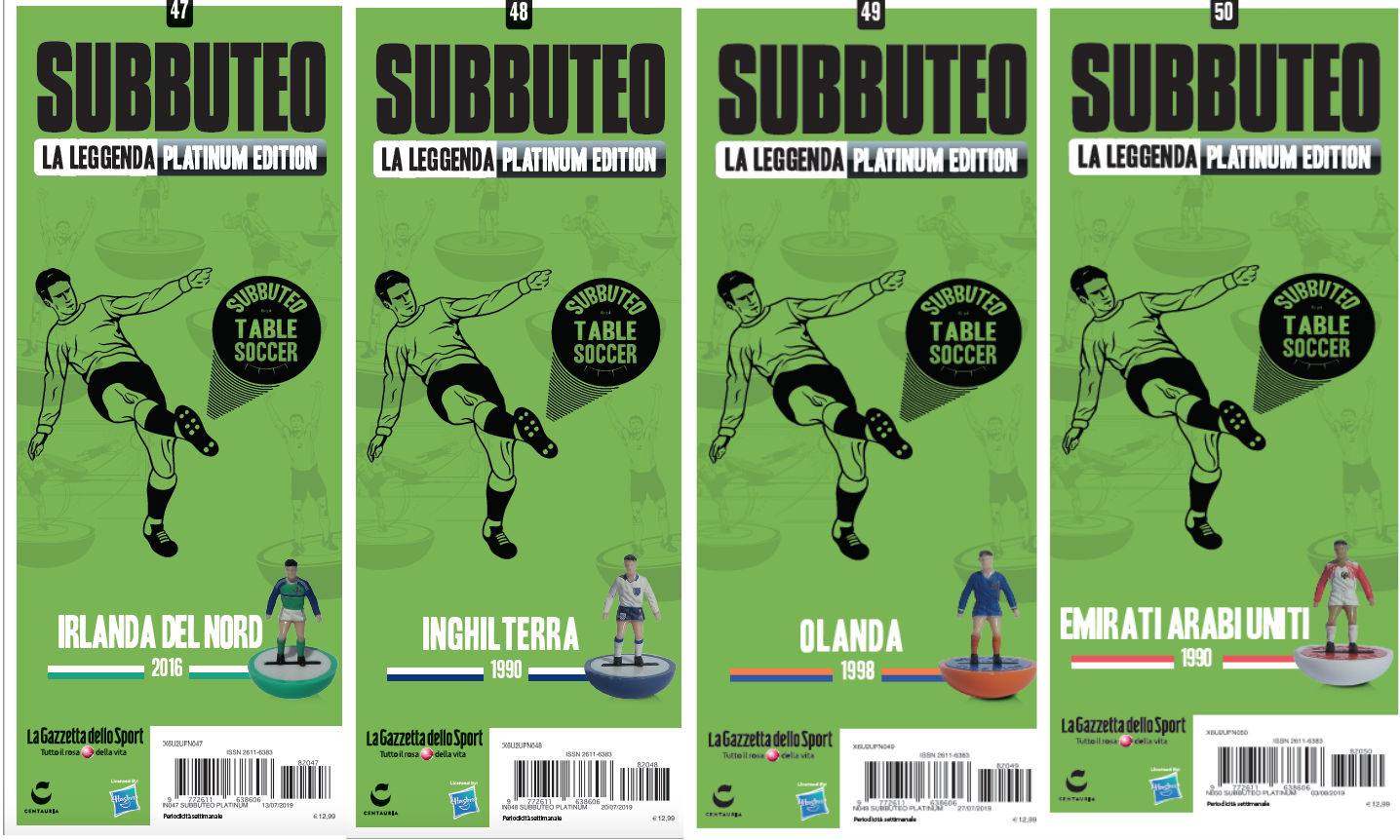 The most exciting teams in the range include a classic Peru side and Jamaica’s superb World Cup kit from 1998. We are also particularly excited about South Africa’s 2010 World Cup hosts.

The Subbuteo La Leggenda Platinum Edition, which is made up of 80 teams, is exciting because all of the figures are made in the old Subbuteo heavyweight style and even the green boxes are based on classic 1960s and 1970s Subbuteo.

The teams are beautifully detailed and well-weighted to play with and they are bound to be in high demand in future.

The only downside is that they are on sale only as a partwork in Italy with copies of Gazetta Dello Sport. Teams are released every couple of week until all 80 have been on sale, although you can pick up teams for around £20 on eBay, which includes a hefty delivery fee from Italy.