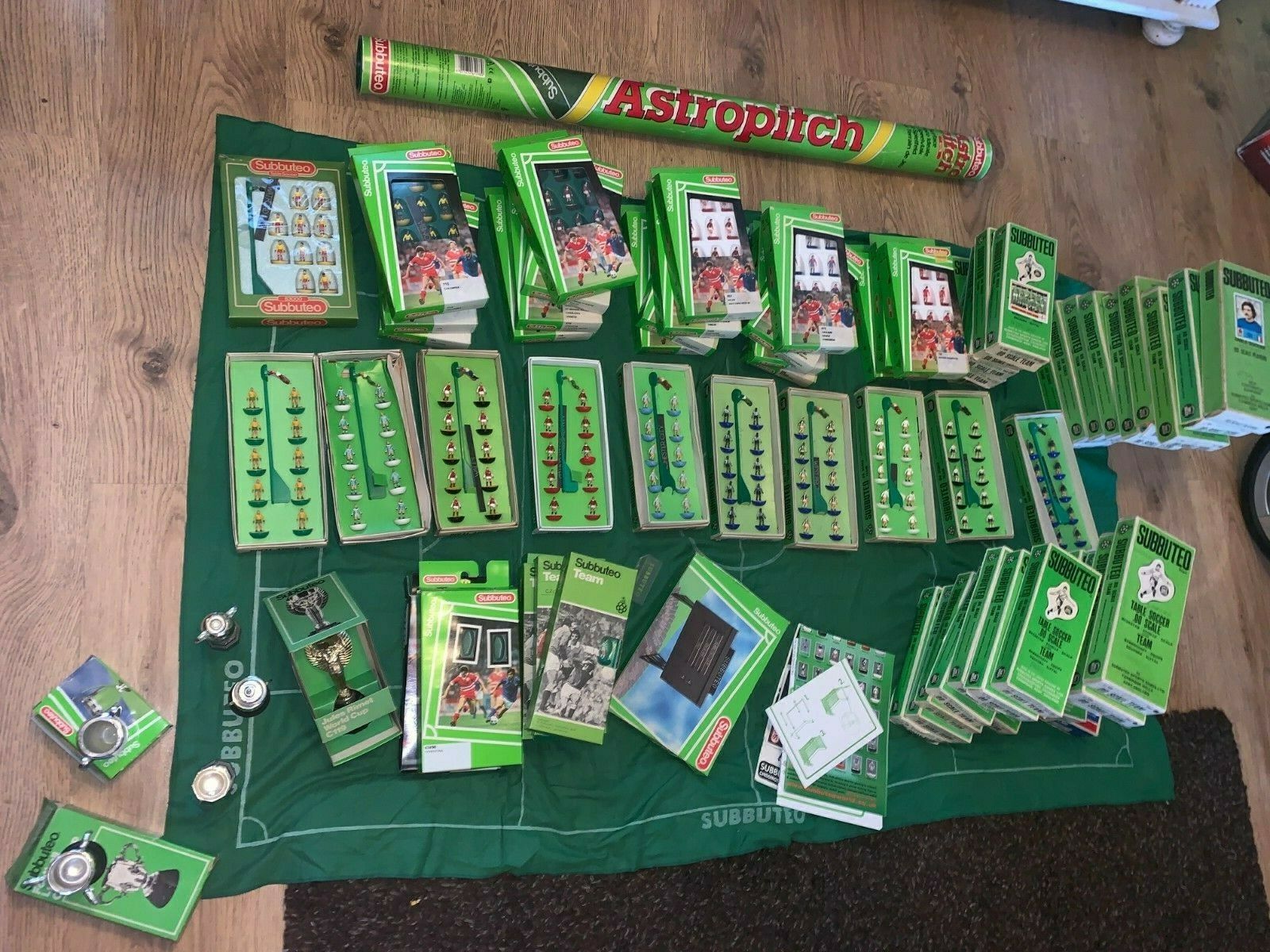 We have already covered where to buy Subbuteo in the UK but if, for some reason, you wanted to sell your Subbuteo collection what can you do?

First of all, are you sure you want to sell? Call us biased but Subbuteo is the best game in the world and you will definitely regret selling at a later date.

Still not convinced? Read on.

The first thing you can do when you are looking to sell your Subbuteo is contact us. You can email subbuteoonline@gmail.com or get us on Twitter or Facebook.

We are happy to provide valuations on your Subbuteo – and since we are not a reseller we are not trying to bag some cheap Subbuteo to sell on. We always try to give realistic valuations with properly researched evidence of the price your beloved teams and sets are worth.

We’ve helped to sell lots of different sets and have a big audience of trustworthy collectors we can put you in touch with – meaning you will get a fair price and the Subbuteo goes to a good home.

What’s in it for us? We get some fantastic collections and rare pieces of Subbuteo to write about for the blog. It’s win-win.

If you do not want to ask Subbuteo.Online for advice you can sell your Subbuteo using the following methods.

Selling Subbuteo on eBay is probably the most popular method, especially for people who are not Subbuteo fans but may have been handed a collection from a friend or relative.

If you are selling on eBay make sure you have good pictures and accurate descriptions. Buyers are more likely to bid if you have done your research around prices and you avoid hyperbole such as ‘RARE’ and ‘UNIQUE’.

Collectors will know the value of Subbuteo but if you have researched and found a rare or valuable set, simply set a minimum price when you list it on eBay to avoid selling at a lower value than you wish.

We would recommend selling a job lot where possible to keep shipping costs down. However, if you have any rare items then sell separately to maximise the price.

As usual with eBay there will be scammers and non-payers, which is why we would recommend speaking to us first to see if any collectors are interested before heading to eBay.

Gumtree and Facebook Marketplace are cheaper to sell on than eBay but the quality of buyer is not there.

Your Subbuteo may still be snapped up but both sites work better for local sales and that means you may not be putting your Subbuteo in front of national or international buyers who may want to pay more.

If you have lots of bulky items such as stands or box sets these sites may work as you can request collection. They are also useful for a quick and easy sale if you are in a rush.

Subbuteo collectors tend to take part in Facebook groups to talk about the ins and outs of the game and the world of collecting. That means these are perfect for finding fanatics who will be interested in your Subbuteo.

The pros of posting to these groups is that you will get plenty of interest in your Subbuteo and you can check out posting history to gauge if a buyer is genuine.

However, be aware users in groups can bargain hard and while it’s a quick and easy way to sell you may be selling for slightly lower value to pay for the convenience.

Also be aware selling (and buying) on Facebook means there is no official way to transfer funds and protect yourself. You’ll have to do this privately with the buyer – so always make sure you get the money first before sending your items. Using something like Paypal can help with this.