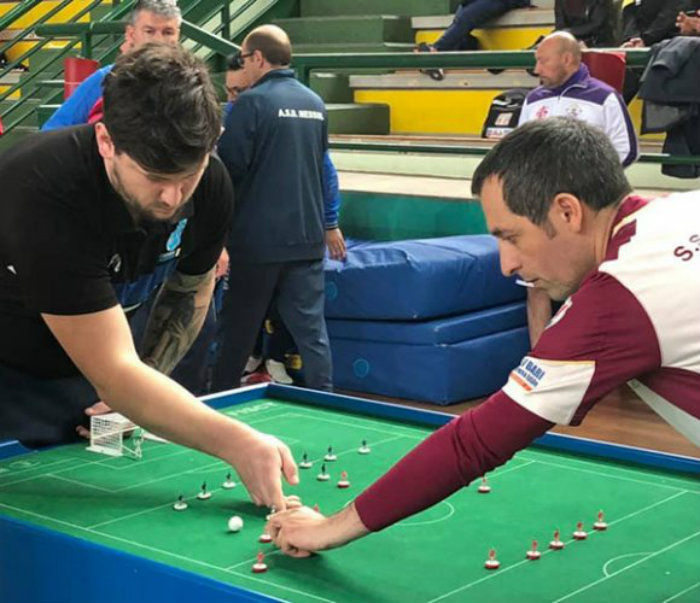 Ever since France won the 1998 World Cup thanks to the highly technical approach at the nation’s academy, Clairefontaine, the idea of a ‘home of football’ has spread across the world.

Italy also has a national academy called Coverciano in Florence – and a new idea is set to do something very special for Subbuteo.

A plan has been revealed to create a Coverciano-style Subbuteo centre in Italy that will allow the next generation of players to play and train in top facilities. The national Subbuteo centre is being proposed in Reggio Emilia, half way between Parma and Bologna in the north of the country.

The proposed centre will be an incredible tribute to the table top football game. It will boast 32 pitches and plenty of rooms and leisure facilities for players and visitors.

The plans are being pushed forward by Saverio Bari, the number two table football player in the world and the recent European Champions of the more competitive version of the game.

He is also captain of F.LLi Bari Sporting Club and he wants the centre to mirror the success of Coverciano.

He says he wants it to be: ” “Something that is useful to all fans of our game: a place to play, train, learn and be together. And then we want to make a ‘gift’ to the city ”.

Italy’s national table football association,  The Federazione italia Sportivo Calcio Tavolo , is said to be monitoring the plans with interest and the expected opening date is set for 2020.

The plans are no big surprise. Italy is obsessed with the Subbuteo-style table football game that uses flatter bases and non-official Subbuteo pitches to replicate the popular table-top game. The game is played at Serie A stadiums and is even shown on TV in the country.

More professional plans to create a table football centre could put Italy at the forefront of the the game – and is something other countries will hope to replicate if the plans are a success.