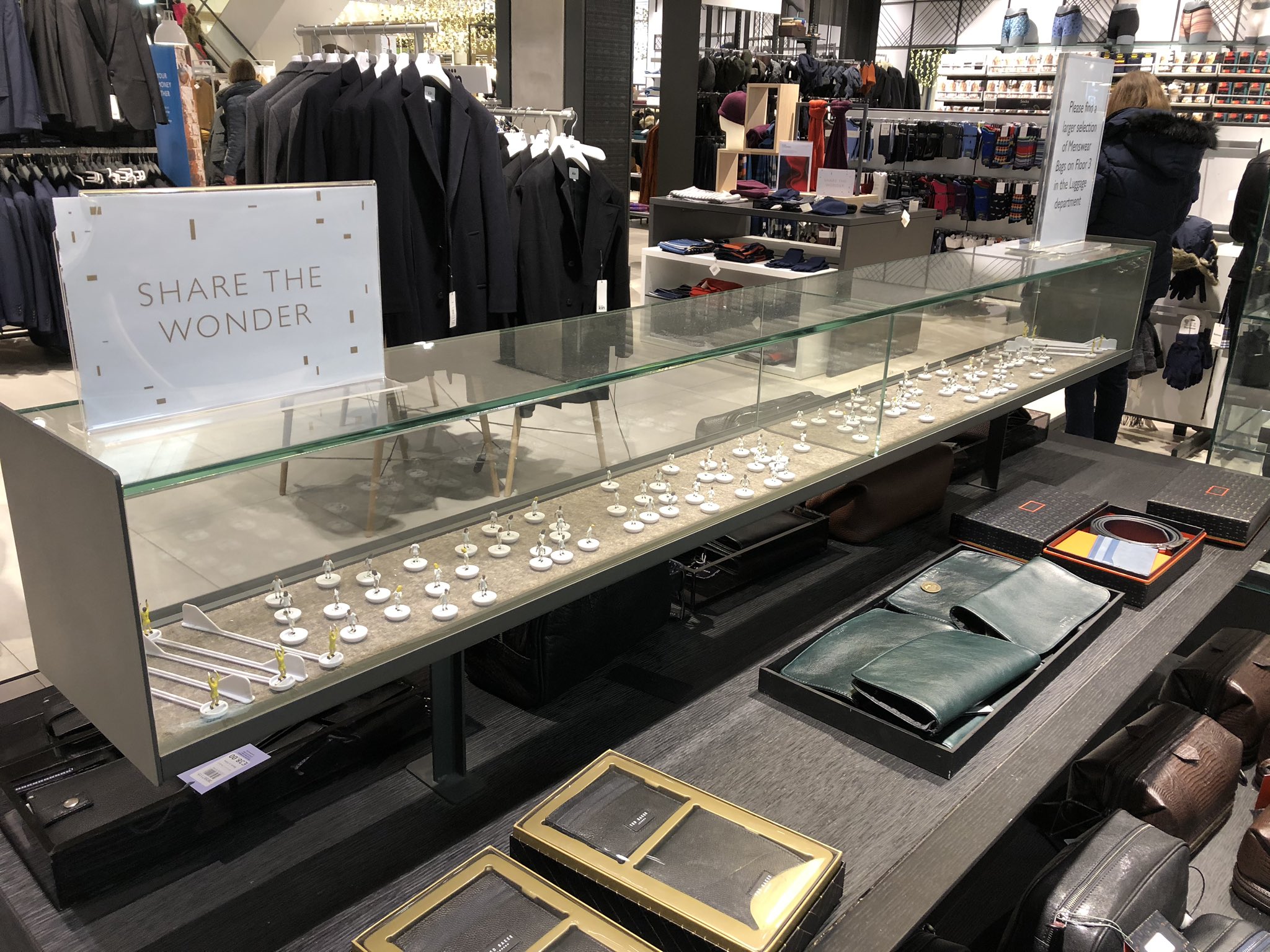 An eagle-eyed Subbuteo fan has spotted a nice bit of Christmas cheer in John Lewis in Leeds.

The department store has set up a cabinet with a simple but effective display of modern Subbuteo players decked out in the all-white colours of local side Leeds United.

The cabinet was spotted by Twitter user @NeilWright1971 and shared with Subbuteo.Online and it shows a long cabinet filled with Subbuteo players and a sign saying ‘Share the Wonder’.

It might seem like a strange choice of display but retro is in this year. This week Arsenal relaunched the famous Bruised Banana kit from the late 1980s (itself a Subbuteo team – reference 743) and today Panini has launched its first ever Premier League sticker album after taking over the license.

Plus, John Lewis is one of the few stores in the country to actually sell a Subbuteo set. The retro-style Subbuteo box set is priced at a hefty £32.99 and while the box looks fantastic it is a fairly basic set of modern Subbuteo.

It looks like this display is a bit of a one-off to appeal to Leeds fans but it is fantastic to see Subbuteo appearing in one of the UK’s most popular department stores.

If you have spotted Subbuteo for sale or a Subbuteo shop display please let us know.