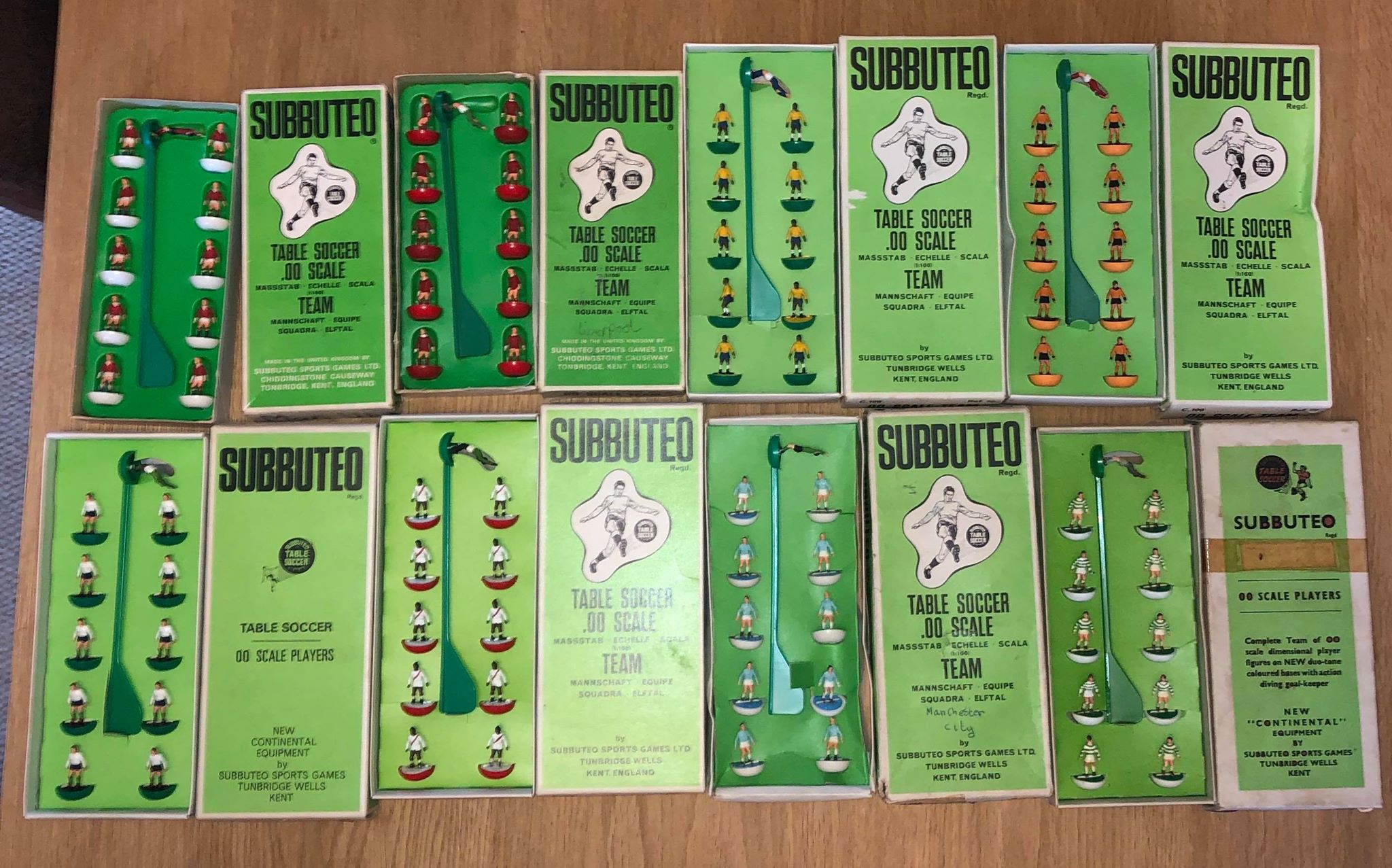 Last we we reported on a Subbuteo collector who was selling off a huge amount of accessories on Facebook.

At first the seller revealed a host of grandstands and box sets that had sat unused in a shed for 20 years – but that was only half of the story.

He has now been in touch with some pictures of Subbuteo teams that have also been stashed away and it includes some beautiful and rare teams.

After seeing the pictures we were able to help to identify some of the teams and the seller is currently putting together a spreadsheet of all of them for potential buyers.

He said: “I can’t believe it’s just been sat deteriorating in my shed then garage over the last 15-20yrs!”

The teams include a stunning Armenia Bielefeld side in their traditional blue and white diagonal halved kit.

There are also Lyon, Coventry, West Ham away and a nice Blackpool side in the heavyweight collection – and a nice Russia team too.

Probably the best of the bunch is a reference 65 – the unusual ‘UK’ team that has split Subbuteo fans on its origins. Some believe the team is based on an amateur UK side that took part in Olympics but the origins are not confirmed.

The set is listed for up to £90 on Subbuteo World.

While many of the standard teams such as Blackpool, Aston Villa, Everton and Stoke will fetch around £10 in good condition, rare teams can fetch larger sums in the heavyweight market. A rare team such as Armenia Bielefeld may fetch up to £50 at an eBay auction on a good day.

However, teams can also be inflated on auction websites and Subbuteo World, meaning sellers should be careful not to price themselves out of the market.