We’re hearing from a lot more people who are dusting off the old collection and new fans who are hoping to build their own.

If you are new to Subbuteo it can be difficult to work out how much you should be buying and selling teams. With that in mind we’ve taken a trawl through eBay to pick out some good and bad buys and point out how you can build a collection on a budget.

This week we’ve focused on lightweight Subbuteo. These were sold after 1980 and typically come in boxes with a window on the front so you can see the team. A full window means an early 1980s team. A smaller window on the box probably means you’re buying a late 1980s or early 1990s side.

Taking a look at newly added Subbuteo teams there is the usual mix of optimistic sellers hoping to inflate the market and those who are just trying to shift some old toys from their attic.

Stay well away from Spurs away at £16 and Norwich at a frankly ridiculous £18 – both are worth £10 max. It’s all from the same seller who may get a few bites at those prices but ultimately will have to relist.

However, those who are new to Subbuteo and don’t already have it could do worse than Manchester United – it’s currently at £5 and £4.50 postage and as long as it stays at that price it’s probably about right. In this case I imagine the first bid will be the winner. 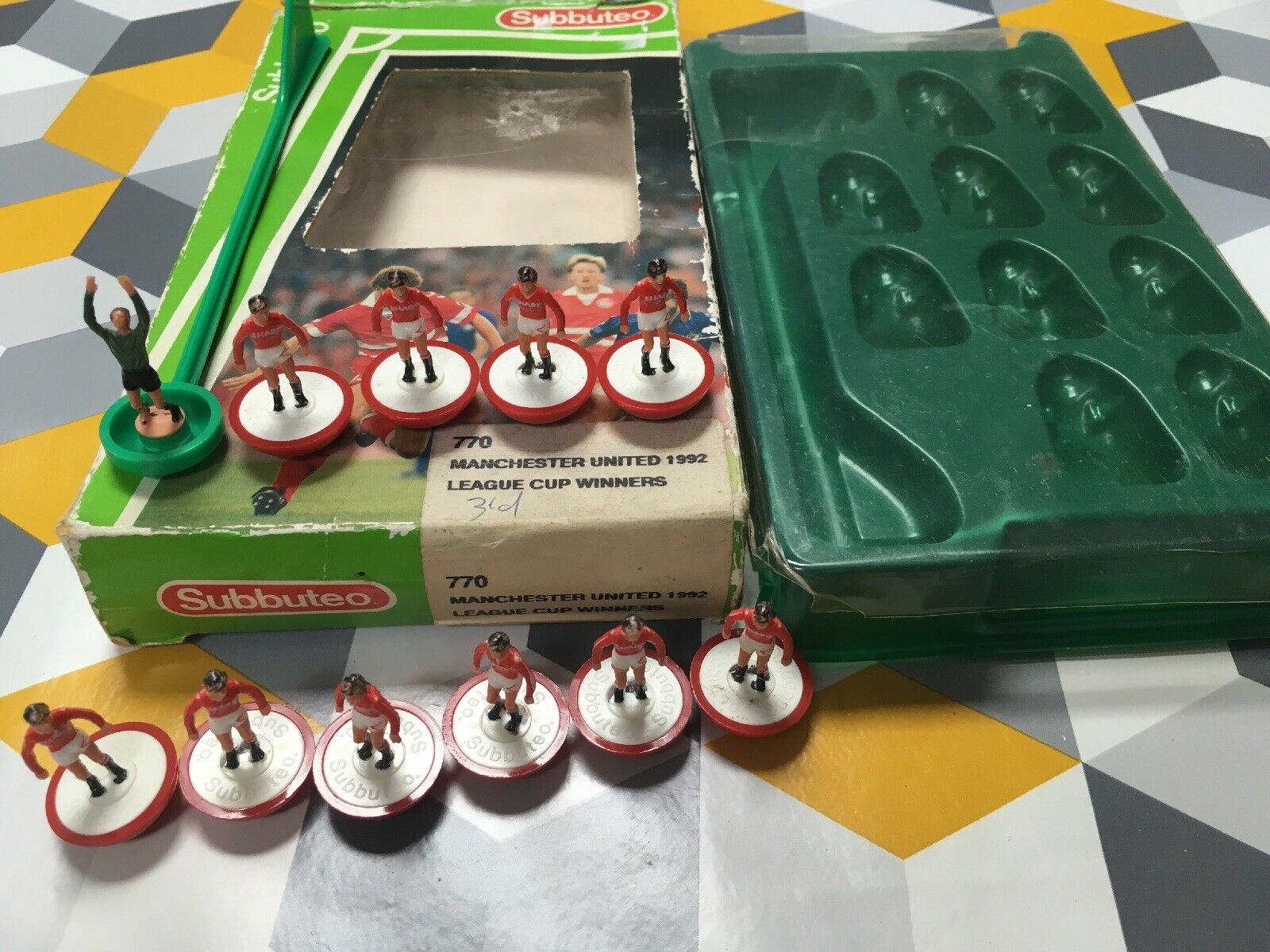 Similarly Liverpool at £9.90 and free postage is pretty much market value. It’s a nice team in a nice lightweight box.

However, there are some rarer and more interesting teams currently listed. This Belgium team is on £8.99 with a day to go (plus £2.50 postage) and the fact it’s a nice international team with a distinctive kit (the yellow on the bases is also unusual) means anything under £15 is a decent deal. 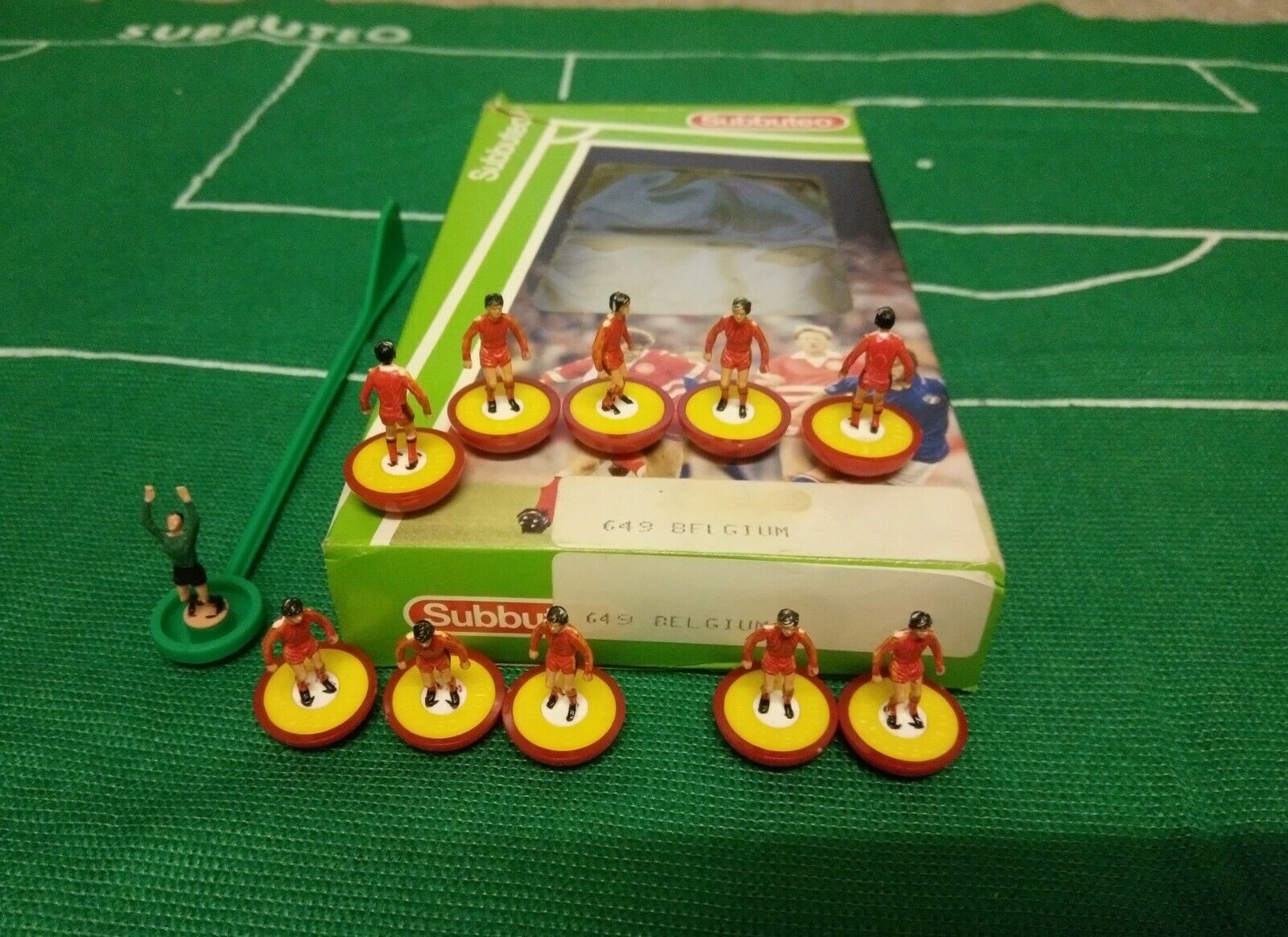 Brazil is one of the most common international teams around but if you’re just starting out is usually at the top of the list. This one is at just 99p for now with a day left and anything under £10 is reasonable. If that fails there’s another one at £3.99 and ending a day later.

Holland teams can be found pretty much anywhere and this one is a little on the expensive side at £11.50 including postage. Even more so when this ‘mint’ team comes with a damaged box. Maybe mint has taken on a new meaning in the world of Subbuteo on eBay.

But that is not the worst listing crime of the week. Now, I don’t know if you’ve ever seen Italian football or one of the most famous kits in the world but Sampdoria do NOT look like this. That hasn’t stopped one seller trying to flog a Newcastle United team as the Italian team that many collectors will shell out quite a lot of money for.

At £13 a Sampdoria team would be a bargain of the century. This one – not so much. At least you get a Sampdoria box I suppose. 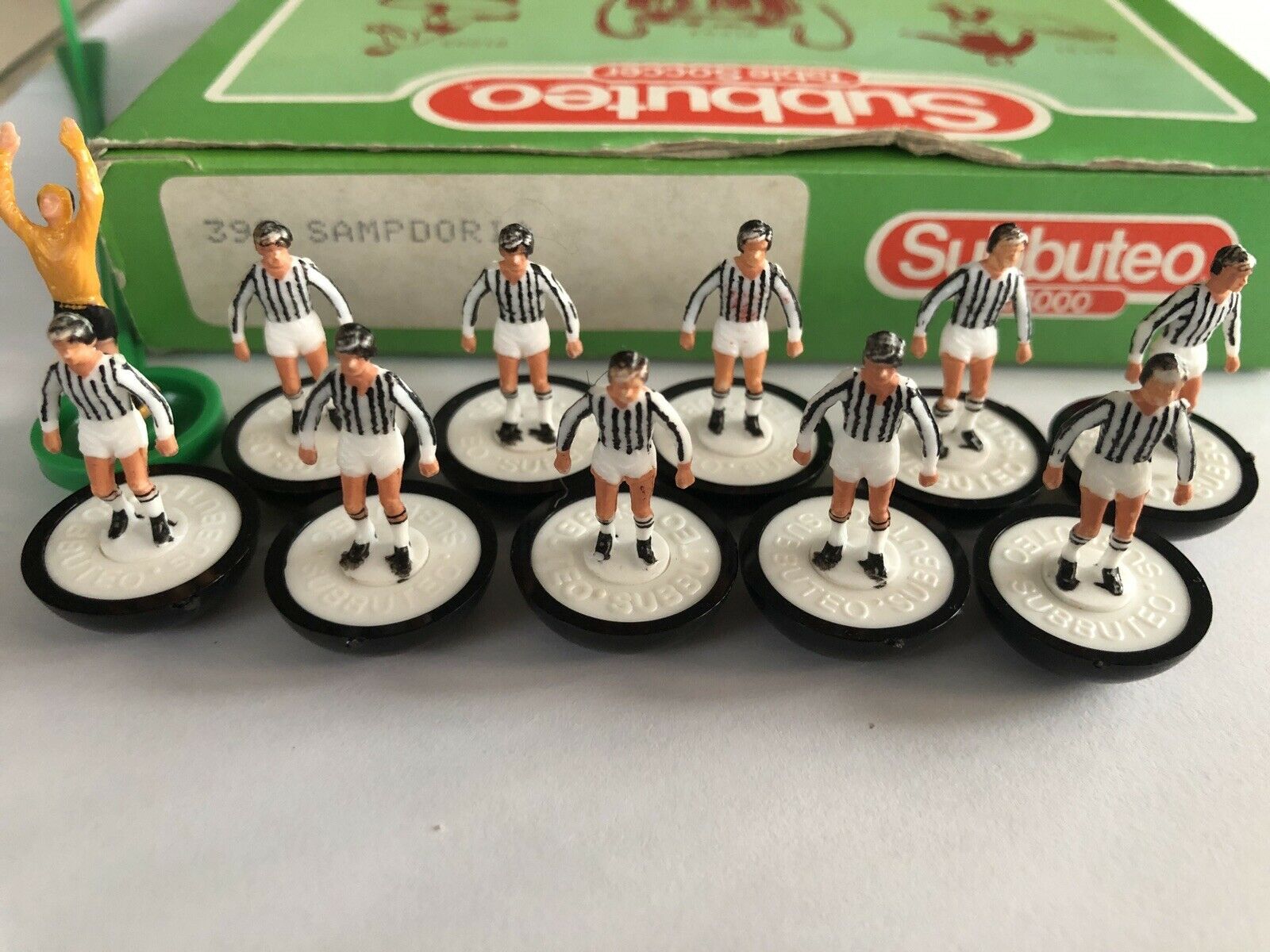 Finally – and this is a top tip for lightweight Subbuteo collectors – if you see teams labelled La Leggenda they are a more modern (post-2000) set produced in Italy featuring classic international and club sides. These are excellent sets. They don’t have much value (yet) but they play superbly and cost very little.

If you see resellers on eBay stay well away. This seller is selling six teams for £45. However, he probably bought them for about £2.50 per team from Spanish website We Are Games. Head over there yourself and you can get cheap teams shipped to the UK. They currently have some nice Italian packs with nine teams for less than £30.