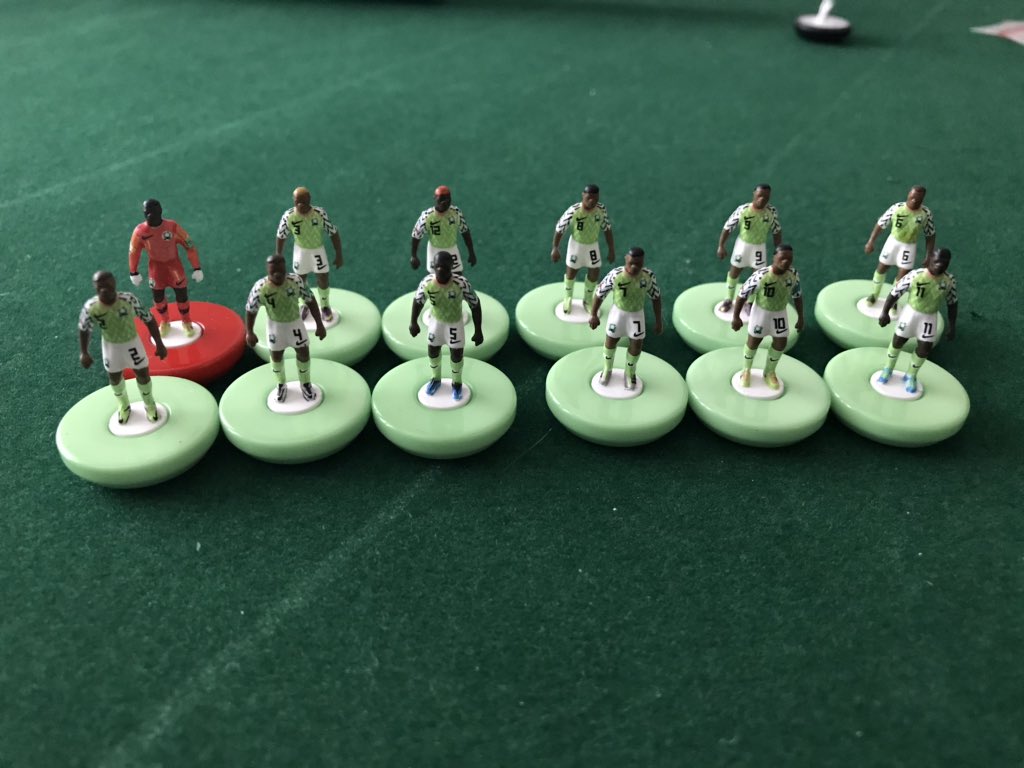 A fully licensed Subbuteo team wearing Nigeria’s green and white zig-zag World Cup kit from 2018 is on its way – but one Subbuteo fan has already beaten them to it.

Just days after we reported Italian company Centauria was planning to build a vintage-style Nigeria team as part of its Subbuteo La Leggenda Platinum Edition range, one fan contacted us to show his incredibly detailed version of the popular kit.

The kit was a big hit with fans in the summer with Nike inundated with over three million pre-orders. The zig-zag pattern, coupled with striking black and white sleeves, was a major hit and Subbuteo fans were quick to translate that onto the tiny models.

The detail on the teams is likely to outstrip that of the official version when it arrives in November, with individual numbers and player features standing out. The kits were produced using a mixture of paint and decals and the end result is a unique set that really captures the vivid patterns on the World Cup shirt.

While we are looking forward to seeing Alex Iwobi, Victor Moses and Ahmed Musa in true Subbuteo form, it will probably not be as well done as this fan-made team.

The team just goes to show once again the thriving Subbuteo community is still going strong and even though new official teams are few and far between the fanbase can still pull out all the stops to keep the game alive and flicking.