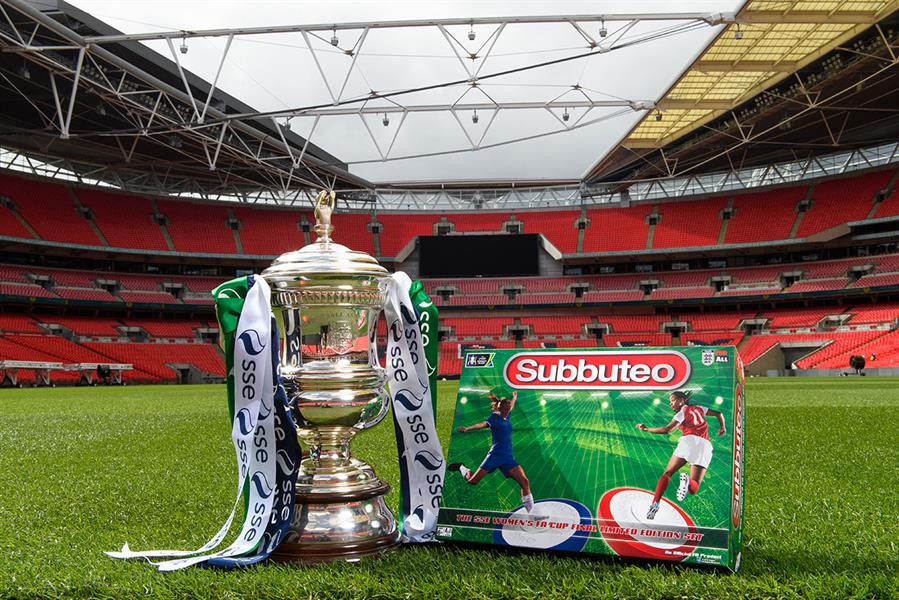 The all-female Subbuteo set launched as a special edition earlier in the year is up for a top media award.

The FA launched the set to celebrate the Women’s FA Cup final between Chelsea and Arsenal. It featured both female football teams in a redesigned box set and proved a big hit with Subbuteo fans.

Hasbro had designed unique players based on the real-life 22-man squads for the set but only a handful of sets were given away at Wembley and on social media.

Originally the set was not intended for the general public but it is believed talks are ongoing about commercially producing female Subbuteo teams in future.

In the meantime, Ogilvy, Hasbro and the FA will find out if they win the awards at a ceremony in October.

With competition from BrewDog, Poundland and Samsung, a win would be a massive boost for Subbuteo against some of the big boys of marketing.