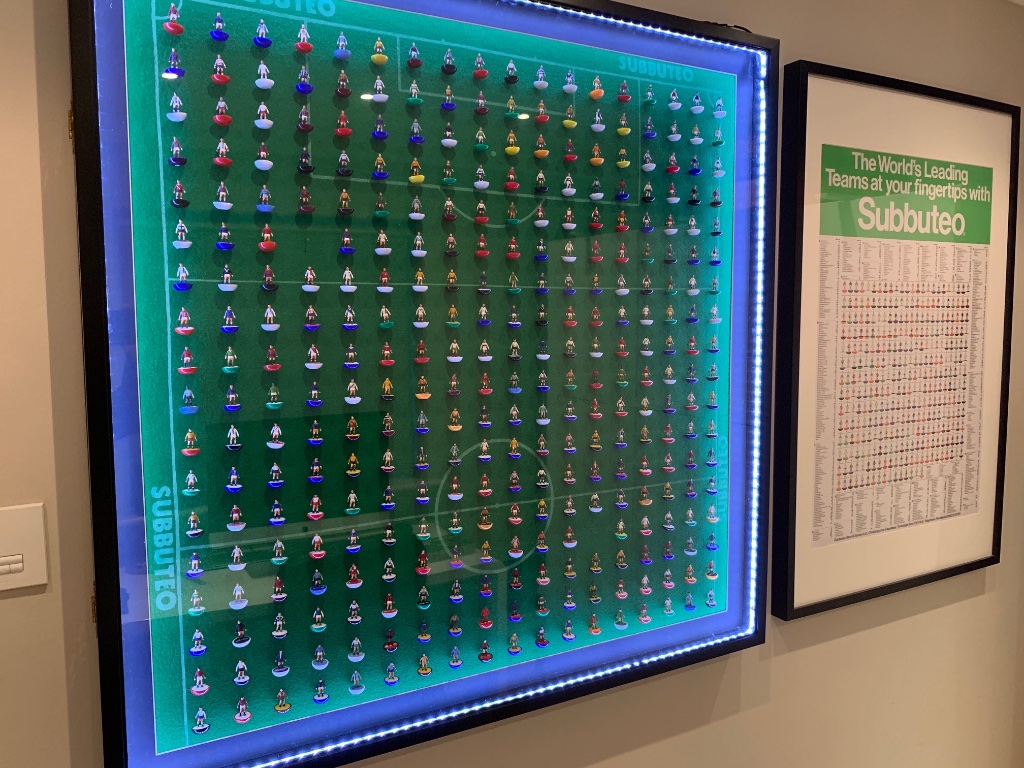 We have seen some brilliant Subbuteo collections but very rarely have we seen a Subbuteo display as good as this.

Dave, a poster on the Subbuteo Forum, kindly allowed us to post his LED Subbuteo single player collection featuring a player from nearly all of the Subbuteo heavyweight teams.

The heavyweight teams were the original moulded players and there are 324 of them. As one eagle-eyed forum user pointed out he is just missing Philadelphia Eagles and a Sampdoria to complete the full set.

He says not all are originals but over 220 of the players are from the original Subbuteo range – and it doesn’t take anything away from the spectacular display that some are repainted.

In fact, the addition of LED lights and the use of the pitch in the background, as well as the quality of the workmanship, make this one of the nicest Subbuteo single player displays we have seen. The fact it is sat next to a beautifully mounted classic team colours poster only makes us more envious.

Collecting single player Subbuteo players has become a popular past time with some collectors as the older teams in particular are increasingly hard to come by on the market. Recently we wrote about another collector looking for a single player from each team in the original heavyweight range.

For collectors it is often more affordable as teams from the original heavyweight era can fetch several hundred pounds for the rarer kits and base combinations.

And if this display does not make you consider a single player collection we do not know what will.