Barcelona are about to launch a special edition kit to celebrate the club’s 20th anniversary with kit supplier Nike.

The kit, according to FootyHeadlines, is a Frankenstein-like mashup of every single Barcelona kit made by Nike. The result is a bit of a horror show of patches, stripes and hoops all battling across the front and back.

It may be the reason Barcelona were rumoured to be considering a chequered pattern for the 2019/20 season instead of their usual stripes or half-and-half blue and red shirts.

The crazy kits are not really a massive surprise given the resurgence of 1990s-style kits such as the Nigeria World Cup kit this year. It also follows several years of absolutely atrocious Barcelona kits that have swung from silly faded patterns to ultra-thin stripes.

The new mashup kit is particularly ‘busy’ and as a result we wondered what it would look like in Subbuteo form. The best thing about collecting Subbuteo is finding a lovely detailed team complete with kit to represent that era and this one would have been top of any collector’s wishlist.

So we thought we’d have a go at painting one and dived in to our bag of lost Subbuteo souls for a willing guinea pig.

While we love creating some Subbuteo videos actually painting teams is not our forte. In fact, we are terrible at it and have only painted a couple of figures.

We may as well have started on Jorge Campos’ famous 1990s goalkeeper kit given how difficult this Barcelona mashup was. But here is the completed player in all his glossy (we got the wrong paint), badly-painted glory. 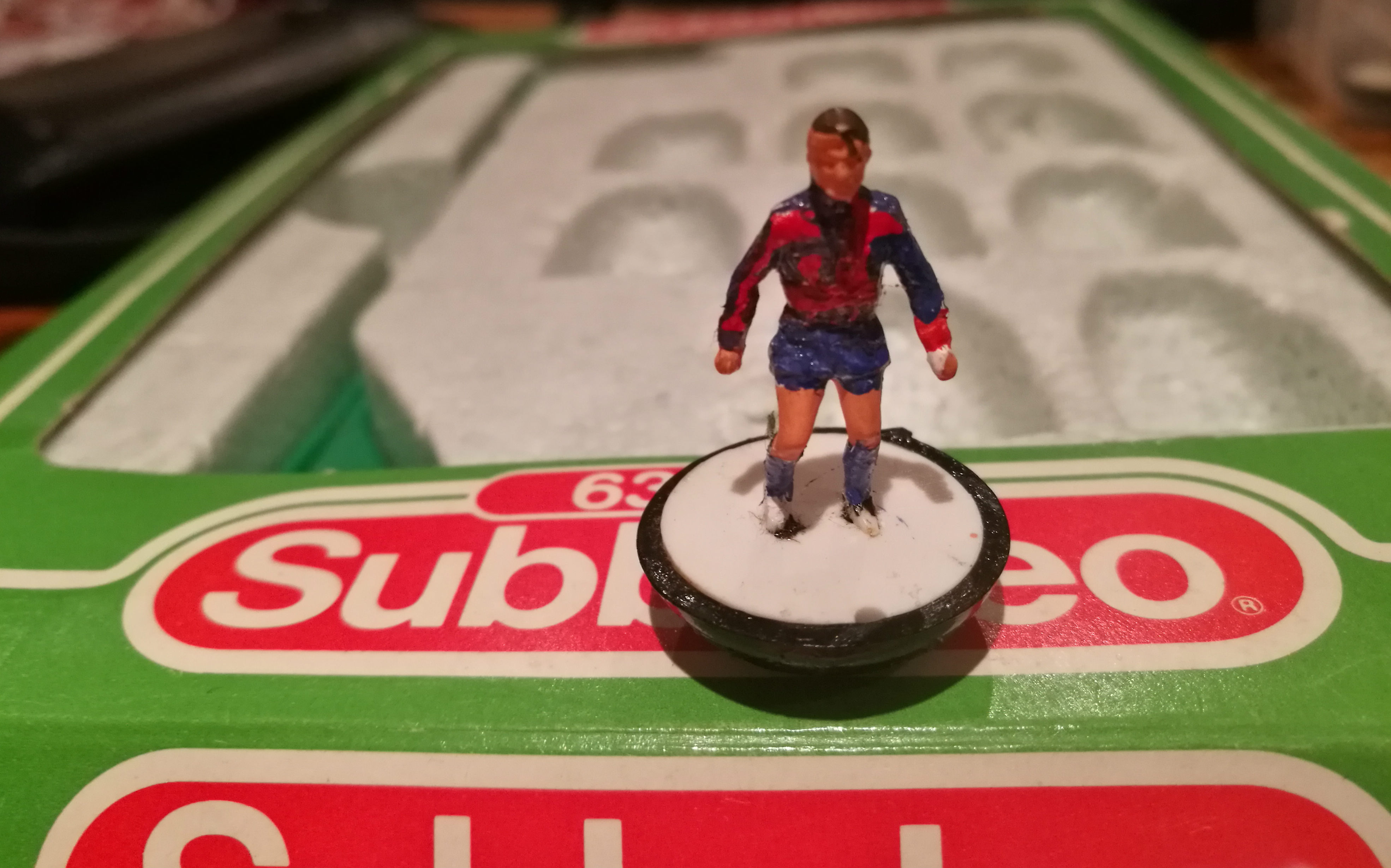