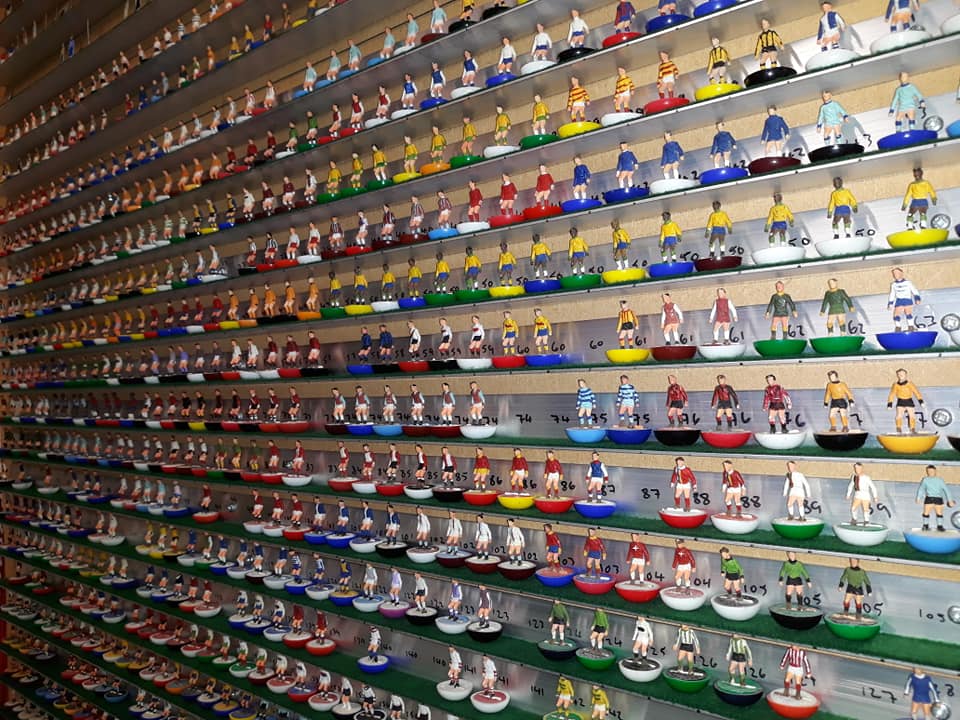 What does Subbuteo’s cryptic message mean for the future of the game?

At 9.15pm on a Wednesday evening the account sent an intriguing message that talked of Subbuteo being ‘back’ – and hinted at some big news on the horizon.

It said: “We’ve been on holiday .. but we return with exciting news re. the world of @SubbuteoOficial .. new tournaments, new markets, new distributors #subbuteoisback @Zenith_SEM @Hasbro @Eleven11Force … news to follow.”

It is an interesting hint and one that warrants a closer look given messages from Subbuteo have been somewhat mixed in recent years. For example, the same account confirmed to us there would be no new Subbuteo products this year just days before Eleven Force, a Subbuteo distributor name dropped in the tweet, announced some new box sets.

Then there is the fact Subbuteo very rarely actually tweets about Subbuteo. A large proportion of communications is about the sport of table top football, which does not actually use official Subbuteo merchandise anymore.

So let’s take a look at the tweet. What can we expect from Subbuteo?

we've been on holiday .. but we return with exciting news re. the world of @SubbuteoOficial .. new tournaments, new markets, new distributors #subbuteoisback @Zenith_SEM @Hasbro @Eleven11Force … news to follow pic.twitter.com/pPlA3S4SUM

New tournaments is an obvious one. The Subbuteo World Cup was a big success in Gibraltar this year and more tournaments can only be good for the game – although doesn’t actually use Subbuteo products. A traditional Subbuteo tournament would be massive news and a step in the right direction for the brand.

After that we have new markets and new distributors. That hints at Subbuteo being launched in more countries and hints at a similar setup to the way Hasbro works now, with sets on sale in Spain only. Other companies then sign up to sell it abroad, with Paul Lamond Games doing a particularly poor marketing job in the UK.

It is likely new distributors and new markets won’t impact UK players – although the fact Paul Lamond Games are not mentioned could hint at a new UK distributor. Fingers crossed!

However, Hasbro has been tagged in and the tweet is perhaps most notable for what it leaves out. No new products are mentioned and that means no new teams, accessories or sets such as the superb La Leggenda Platinum Edition being sold in Italy at the moment.

It is easy to be negative so let’s end on a high note. The Subbuteo is Back line is fantastic to see and any new tournaments and distributors should be welcomed. The game can lift itself up by getting more people involved around the world. If successful, it could mean Hasbro begins to consider new Subbuteo teams and sets based on the classic designs but with a modern twist.