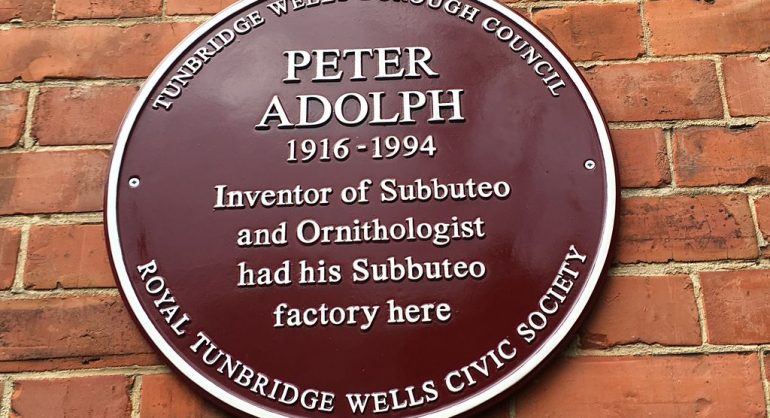 What life was like as a Subbuteo home worker

This blog originally appeared in the Subbuteo.Online weekly newsletter. You can sign up to future newsletters here.

I, like many people across the country, am working from home at the moment.

While I am fortunate to still have work it can be difficult to motivate yourself while sat in a small back room for months. It is particularly difficult when said small back room just happens to be filled with Subbuteo box sets, teams and accessories.

I’m talking about working from home because Subbuteo has a long history of home working. When Peter Adolph took out an advert in Boy’s Own Magazine advertising his new game he got so many responses his home became a makeshift factory.

Later he outsourced the painting and assembly of many Subbuteo items to an army of home workers – often housewives – and if you’re a heavyweight collector chances are one of these home workers were responsible for that rare team you love.

In a display at the Tunbridge Wells museum the daughter of a Subbuteo worker, Jane King, shared her memories of those days:

“As a child of Primary School age I remember our home was continually filled with boxes, plastic bags and a familiar smell of paint, glue and cardboard. This was because my mum was employed by Subbuteo as one of a large team of people who did what was called outwork for the company, which was to complete items to be packed into the famous Subbuteo games of football and cricket.

“My Mum would sit at the dining room table for many hours with very small footballers or cricketers and paint. The painting of these figures went was an art form as first you would paint the face, hands and legs if they were showing a flesh colour, and leave them to one side to dry. Next came the hair and boots that were nearly always black, after which the figures were given their team football strip, for example some were quite simple and had the same colour on the shirt as the socks and white shorts, others were much more complicated and the shirt was painted first then the socks and shorts after which when dry either the team badge was painted onto the shirt or stripes added to it and to the top of both socks.

“Cricketers were easier as it was only the face and hands were painted a flesh colour and then the hair and cricket bat were sometimes both painted the same colour.”

But teams were not the trickiest thing. Her problems with goals will be familiar to Subbuteo fans the world over:

“World Cup and International goalposts were quite complicated as sometimes you had to make up the frame first before a red, blue or white net made from a cotton-like material was placed on the posts. The nets sometimes could also be made from a kind of nylon material these did not have much stretch so my Mum would get very sore fingers.

“Again there was a certain way to fix the net onto the goalposts. Mum would place the net onto the left upright first, then pull it along the crossbar and then down the right upright, then she would proceed to fix the net to the right then left rear corners and tuck the excess into the corners. (The nets were looped over tiny hooks on the goalposts- this stopped the net from slipping off.)”